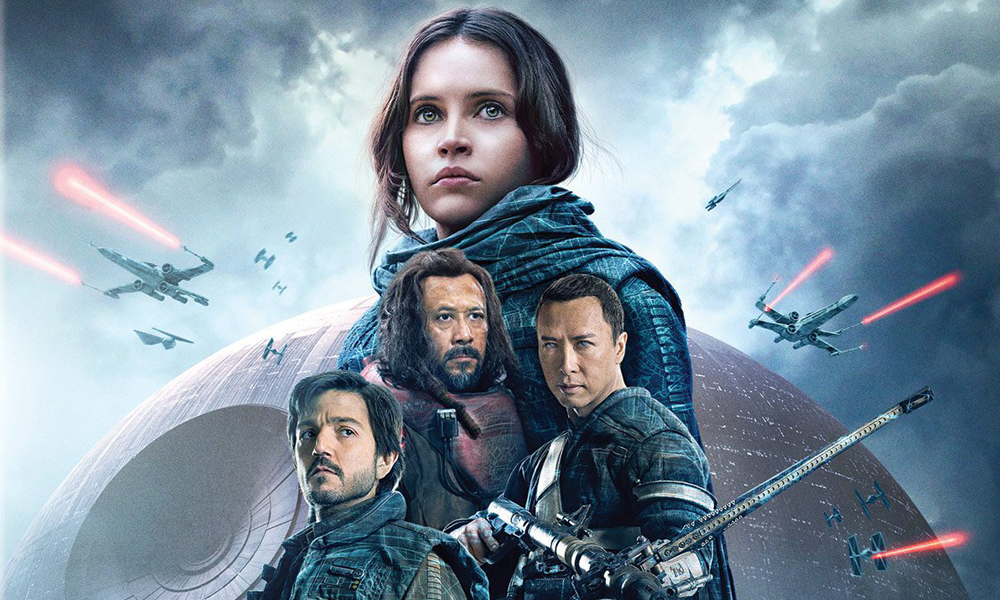 This was my third time seeing Gareth Edwards’ stand-alone Star Wars film, Rogue One: A Star Wars Story. There is a lot to this film, unfortunately, that many fans want to discuss is not present. Yes, I am talking about those deleted scenes, the ones we watched over and over again in the trailers. In fact, the lack of any deleted scenes on this release easily states that there will undoubtedly be another release in the Fall. That shouldn’t come as a surprise to any true Star Wars fan, but if you look at The Force Awakens releases for comparison, the second edition had a commentary track and deleted scenes. None of these are present here. So yes, you will have to buy it again. 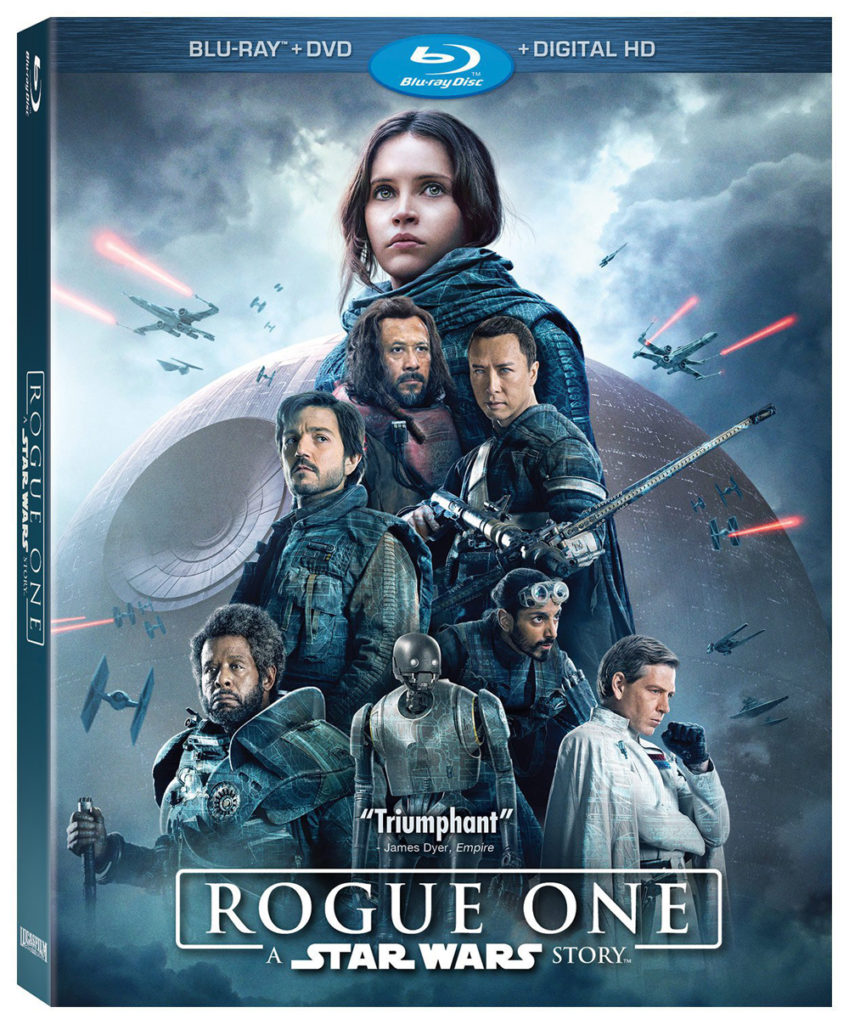 What do we get here? In actuality, quite a lot. There is over an hour of behind-the-scenes material looking at the what went into this film. However, if you watch it in one long documentary or in blocks, it feels like just the tip of the Rancor. Again, that follows suit with what we had in the initial release of The Force Awakens. Even the special feature “Rogue Connections”, which did spotlight a few things I didn’t know, left out several connections that the regular fan should be aware of. All in all, I enjoyed what I saw with my favorite feature being “Visions of Hope: The Look of ‘Rogue One’” with Gareth Edwards and Doug Chiang.

With that being said, I still want to address a few things about Rogue One that I cannot let go. Visually, I found the film to be perfect and a worthy fit into the “look” of Star Wars. Yes, I believe that the events of this story do in fact happen right before Star Wars: A New Hope, even right down to the seventies haircuts and mustaches. What I have a problem with is the story arc of the two main characters, Jyn Erso (Felicity Jones) and Captain Cassian Andor (Diego Luna). Jyn makes too much of a leap from someone who wants nothing to do with the Rebellion to spearheading the drive to destroy the Death Star. In watching the film again, I watched the message from her father, Galen (Mads Mikkelsen), closely for something that would ignite the spark in her. I get more from her anger with Saw Gerrera (Forest Whitaker) that she is through with fighting back than I ever get from the “Star Dust” hologram love letter.

Cassian’s arc was a little bit easier to swallow this time around all because I noticed one moment that I hadn’t before (still, even then I had to make the stretch a bit for myself). Right after the destruction of Jedha, Bodhi (Riz Ahmed) speaks about what inspired him to defect, words that were passed down from Galen. In that scene, all our main characters are present and for a split second, we see Cassian listen in. However, there is no shot or realization of him making the connection to his own life. Earlier in the film, we had a great scene between Chirrut (Donnie Yen) and Cassian about how there are different types of cages and that Cassian carries his around with him. That is the first spark of a change in the character. However, when Cassian has his sights set on killing Galen and then doesn’t, it feels out of place. Especially for a character that shoots an informant in the back and kills one of Saw Gerrera’s soldiers on the street. I wanted to cry for these characters, especially at the end, but I am instead left in a lurch because their arc isn’t satisfying enough.

What I did and still do love about this film are K-2SO (Alan Tudyk) and Chirrut. Tudyk was perfectly cast as the anti C-3PO. Funny and sarcastic, he delivered a great performance. He was the right element of humor that this dark story needed. Donnie Yen also brought something completely different to the table. His portrayal of a blind believer in the Force was exactly what this story needed, especially because there was no Jedi present. To have faith in something that you cannot see or touch was the proper spin on those who still have hope in a galaxy where it is dwindling. In many ways, this character represents those believers in the audience who also trust in the Force. We cannot see it or touch it, yet we know that it is with us.

As you all know, we are far from done with the Star Wars universe. There is a saga film arriving this December and another stand-alone film coming five moths after that. I think, in a lot of ways, this was a first good step in expanding the boundaries of the stories that Lucasfilm and Disney can tell. I just ask for a closer eye on the story itself and the character arcs at hand. We’ll see you in fall of 2017 for the next release for Rogue One.