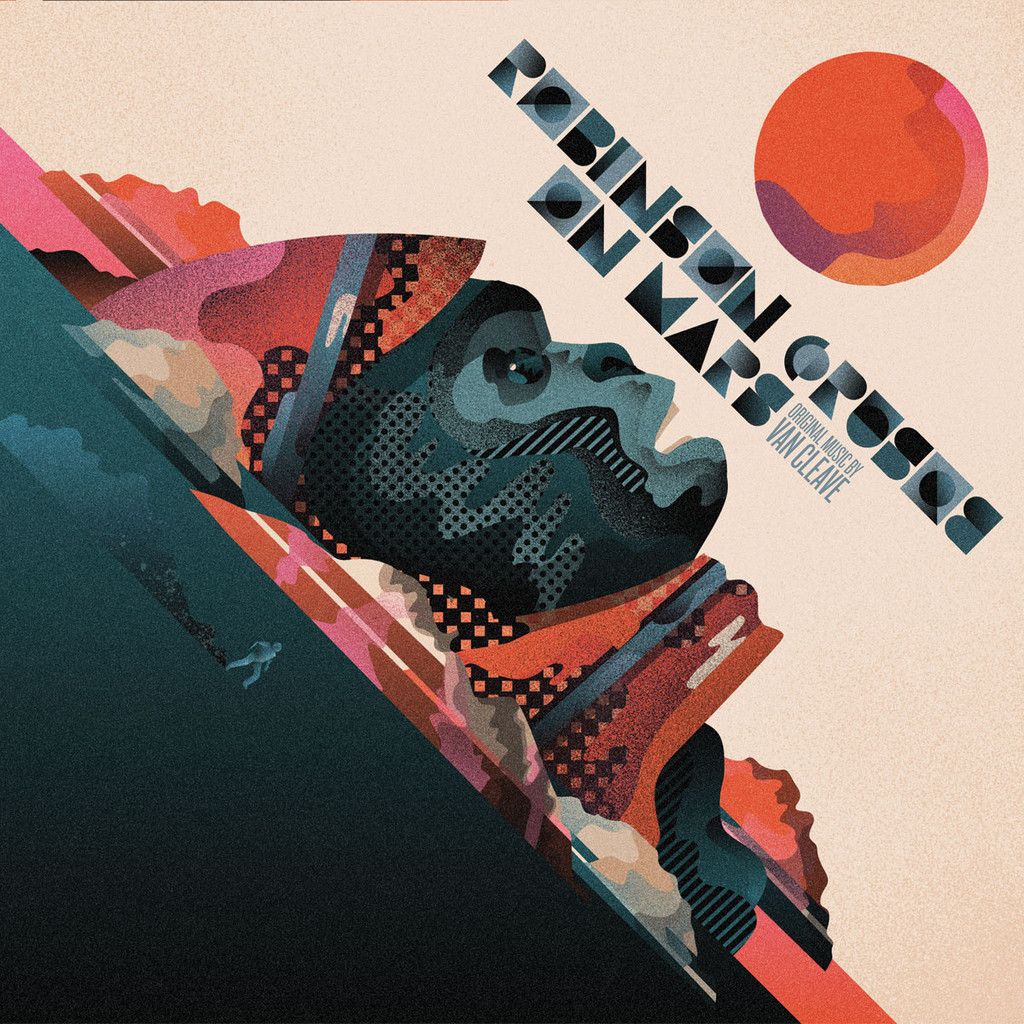 Robinson Crusoe on Mars is not your typical low budget sci-fi film from the 1960’s. In fact, it has been selected by the Criterion Collection for its cultural significance (Spine #404). It has amazing special effects, technicolor, Adam West (though not playing the lead) and a fantastic score. Mondo Records recently released Van Cleave’s full score on two vinyl LPs and it is nothing short of amazing. The great thing about Mondo Records is that you’re not just getting a great score on vinyl, but incredible new artwork as well.

Diving into the music, it was refreshing to hear the complete score and have all the tracks broken down by their titles. Often older and odder films such as this suffer from half-ass releases that are limited in their run and often become overpriced in the secondary market. To have the chance to pick up the complete score, on vinyl, for a reasonable price, already had me smiling like a monkey living it up on Mars.

Genre fans will be quick to recognize Van Cleave’s ominous tones as he composed music for twelve episodes of The Twilight Zone. What I found enticing about this score was his balance in bringing the perils of a strange new world to life, mixed with a heroic overture that keeps your spirit in the right mindset. Yes, this is dangerous, but as long as Cmdr. Christopher ‘Kit’ Draper (Paul Mantee) never gives up, neither should we.

The tracks might seem a bit repetitive, but remember that this story is a quest for survival in a strange new world. For a man who is completely alone, Van Cleave supplies us with a familiarity in “Homeward Trek/Return to the Cave” with beats that keep pushing us further. The need to survive is in us all. In “Alone on Mars/The Flutestone “ we hear heroic, if not jovial tunes as Cmdr. Draper finds joy in being the first person to discover something on Mars. Check out the first four tracks here on Soundcloud.

This is a Mondo release, so not only do we have the added bonus of picking up a vinyl soundtrack, but we get an incredible new take on the film’s poster. Mondo can be a double edged sword with their poster releases. They set the bar very high and always outshine the theatrical poster of any film. With that being said, they can be near impossible to acquire, often selling out very quickly. I have found that their record releases are the better buy. Not only do you get music with your purchase, but you can actually get it sometimes weeks after it was released. The soundtrack for Robinson Crusoe on Mars is no exception (order it here). 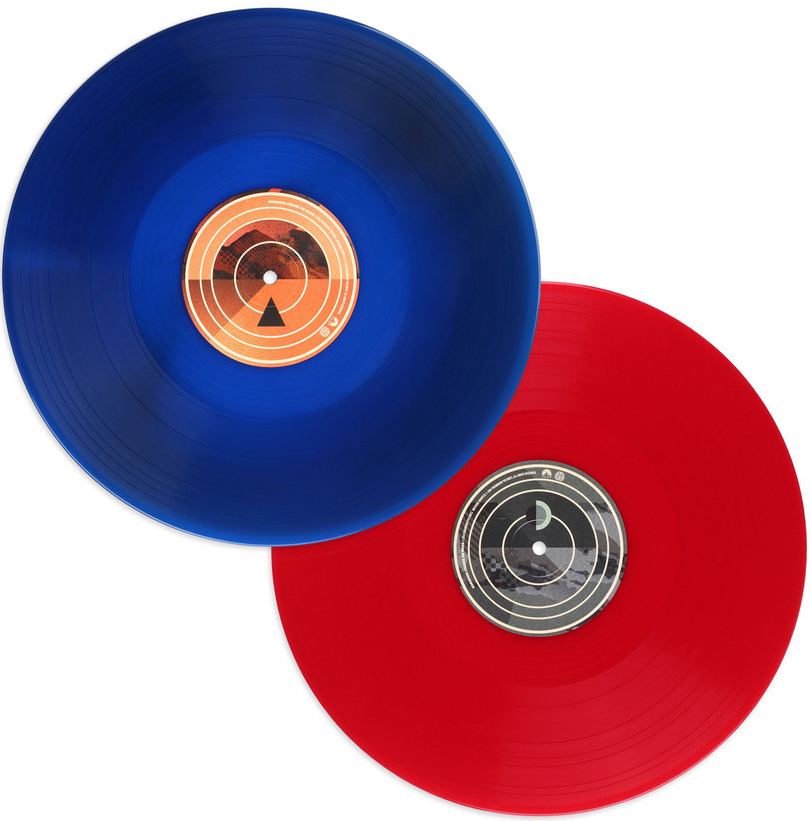 The original artwork for this release is by We Buy Your Kids. The album was pressed on 180 gram translucent red and blue vinyl (limited to 1000 copies) or black vinyl. The red and blue vinyl serve as a reminder of the two worlds involved in the film, Earth and Mars. The cover is a brilliant rendition of Mona, Cmdr. Draper’s first companion on Mars. The back side, with the track listings, highlights Draper, giving us a great contrast to the cover. Again, Mondo Records delivers incredible artwork and a full score for die-hard film fanatics. 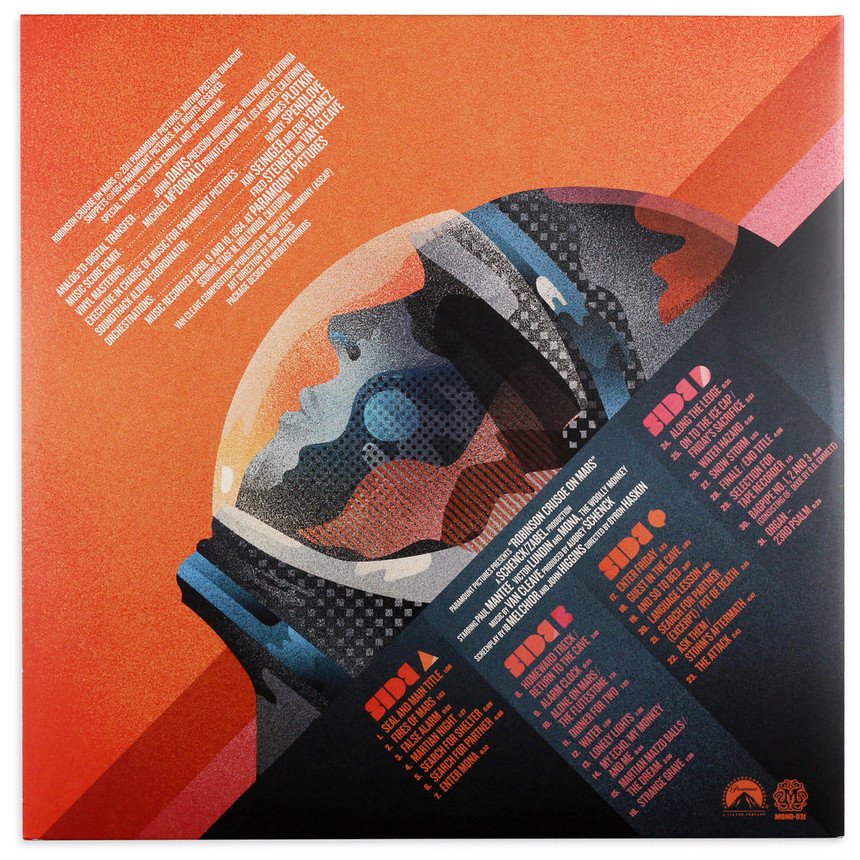 As a soundtrack goes, you will never find a better time capsule than Van Cleave’s Robinson Crusoe on Mars. It is not only a soundtrack highlighting the music of the era, but one for the space race as well. If you love retro-science fiction movies, vinyl, and incredible art work you need to possess this release now.