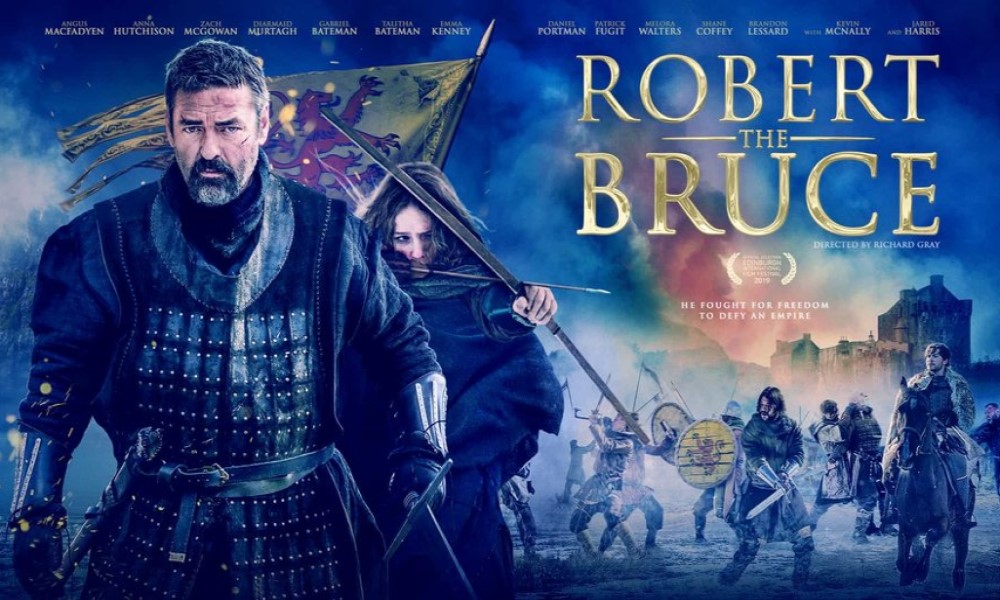 Meta commentary is a two-edged sword. 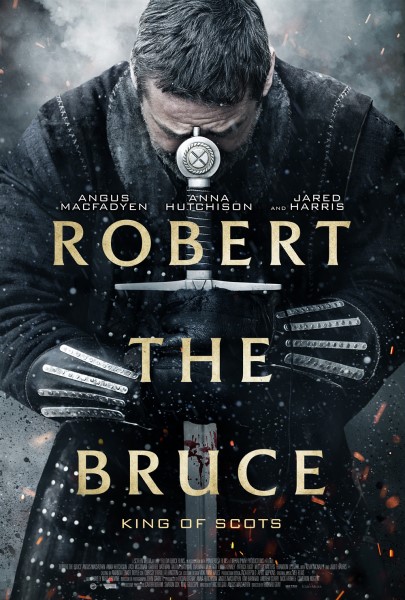 A wink or too in confidence to the audience is practically expected nowadays in this era of post ironic irony. However play your hand too early and too often and it comes across as less disregard for impending comparisons and more like obsession with criticism. One of the first statements in Robert the Bruce is literally a character saying ‘You’ll never be William Wallace’. Intentional or not this seems to be a sidelong nod at how this film will be compared, mostly unfavorably, to Mel Gibson’s seminal film Braveheart about the career of a similarly rebellious Scottish warrior.
No, Robert the Bruce as a film cannot be stacked against Braveheart in terms of star power, production value, acting quality, directing, but…And that’s where the train of thought ends.

If this comparison hadn’t been shoved to the fore it would have still been there, but more like a dull ache than a burning impossible to ignore pain. Acknowledging limitations is brave, but bravery can also be foolhardy.

You can often feel passion resonating from fervent performances by a handful of surprising veteran actors (Including Angus MacFadyen who reprises his role from Braveheart), the energetic fights, the atmospheric set pieces. There’s been attention paid to costumes and shooting on location, so if ambition was tantamount to quality Robert the Bruce would be golden. Unfortunately the film can’t quite shake the sensibility of a community acting troupe going up into the mountains for a weekend, or a reenactment shown between sections of a History channel program.

The camera work has moments of creativity like blinding lights and completely silhouettes but mostly it’s broad, flat scenes from middle or far distance that feels like the camera guy was told where to stand and that they should follow the actors around but very little else. Characters are REALLY clean with modern hairstyles, no smudges on their clothing, gleaming armor, or faces and impeccable makeup on the ladies despite living in the wilderness.

The whole movie feels less like an unfolding story as it does the ‘greatest hits’ of Robert the Bruce. A lot of what the title character does is expressed in quick montages to represent greater events: battles that end in seconds and people talking about exhausting campaigns rather than any real evidence of these. Much of the runtime is the old chestnut of the low budget independent feature: walking around in the woods. They’re nice woods and fun costumes and these players are giving it their all, but that’s really what the film boils down to for a majority of the experience: riding through the woods, walking through the woods, stumbling in the woods, fighting in the woods. Apart from the missing bad CGI this feels like a late-night fantasy film, with a bit more attention to detail, accuracy and characterization.

I’m not sure who the audience here is. Historians will be easily put off by the liberties taken with the events and people. Anyone looking for a history lesson will be surprised how little history is here to see. You seem to just be expected to know events and famous figures who are mentioned casually. The real focus is on the accents and the locales. Fantasy fans may be put off by just how slow this film can become between lingering pauses and of course tons of scenes of people just wandering around in the mountains.

I admire and appreciate the work and fervor this film suggests, but I wish it had either been refined to be more satisfyingly dramatic or more accurately historical. It drifts in the wind between identities like the snow flurries that make every scene feel pretty much the same.