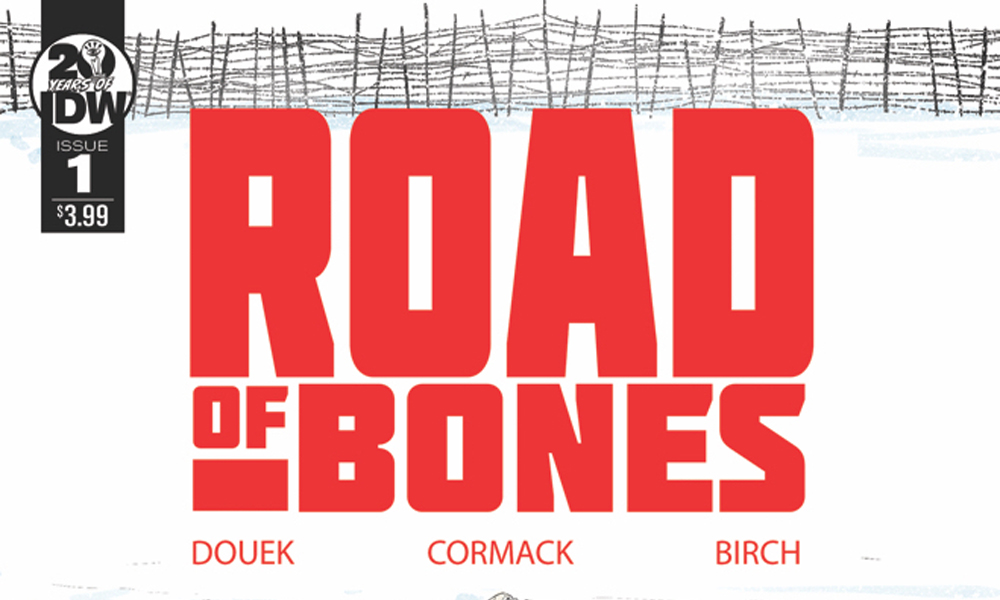 Advertised by “IDW Publishing” as providing an insight into just why the Siberian Gulag of Kolyma in 1953 was “hell on Earth”, many readers of this four-part mini-series’ opening instalment may well have been stunned to learn that its enthrallingly sickening narrative is actually “new territory” for its author, Rich Douek. Indeed, so compelling is the claustrophobically dangerous atmosphere created by Roman Morozov’s desperate struggle to survive unjustified beatings, meagre food rations and the unwanted attentions of the living dead, that many within the twenty-four page periodical’s audience probably felt that the upcoming graphic novelist already had a pedigree in penmanship similar to that of Stephen King, Jonathan Maberry or Robert Kirkman. 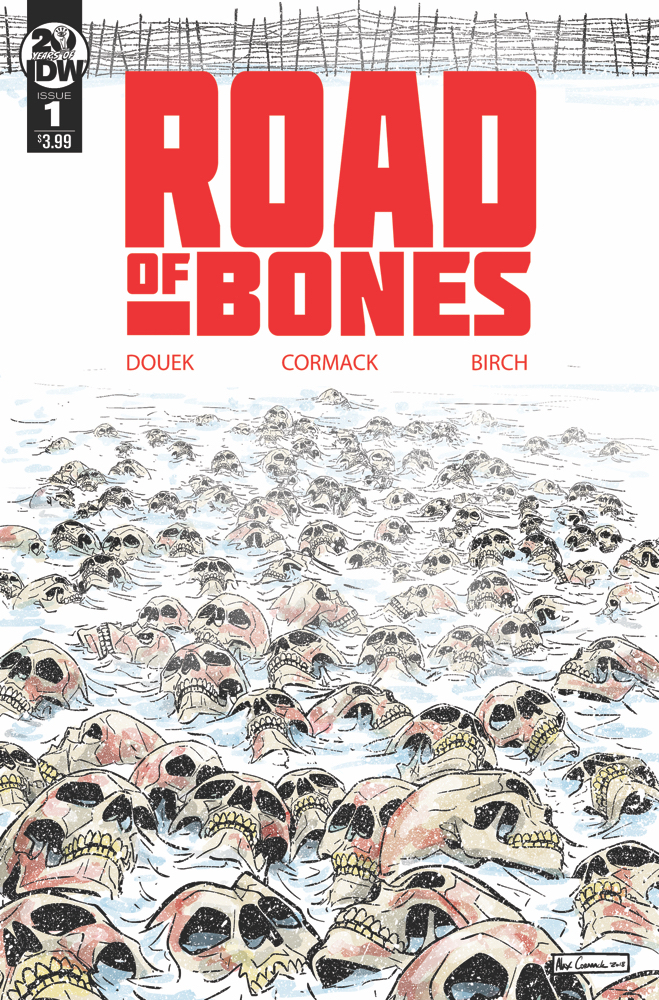 Fortunately for Issue One of “Road Of Bones” though, none of that “horror title” naivety seemingly shows when it comes to either this book’s prodigious pacing or its ability to create some genuinely nerve-tingling moments of terror, such as when a wizened prisoner no longer has the strength to even lift himself up on his shovel and subsequently has his brains brutally bashed in with the butt of a guard’s rifle. Such utter disregard for human life and the suffering of their fellow man permanents throughout the story-line to the point where it’s perfectly easy to understand just why Alex Cormack would compassionately pencil an inmate risking a life-threatening kicking simply to steal a small raw potato; “Stop. I said it’s fine. In here. But out there… You get your share and nothing more. Remember that.”

Equally as engrossing is Morozov’s devotion to a ghoulish-looking household spirit which ultimately causes the desperate detainee to gain an additional decade to his original twenty-five year sentence for having once told a joke about Joseph Stalin “at a party.” Sickeningly gaunt, and scarred by the ravages of its unnatural existence, this so-called guardian doesn’t actually properly manifest itself until the end of this petrifying publication, and despite the creature’s wise words of warning to the shivering Roman that “there is no god here” in the icy tundra “but hunger”, arguably seems to be just as much a threat to the freezing cold escapee as the walking corpse evidently is to the soft, fluffy bunny it bloodily consumes…