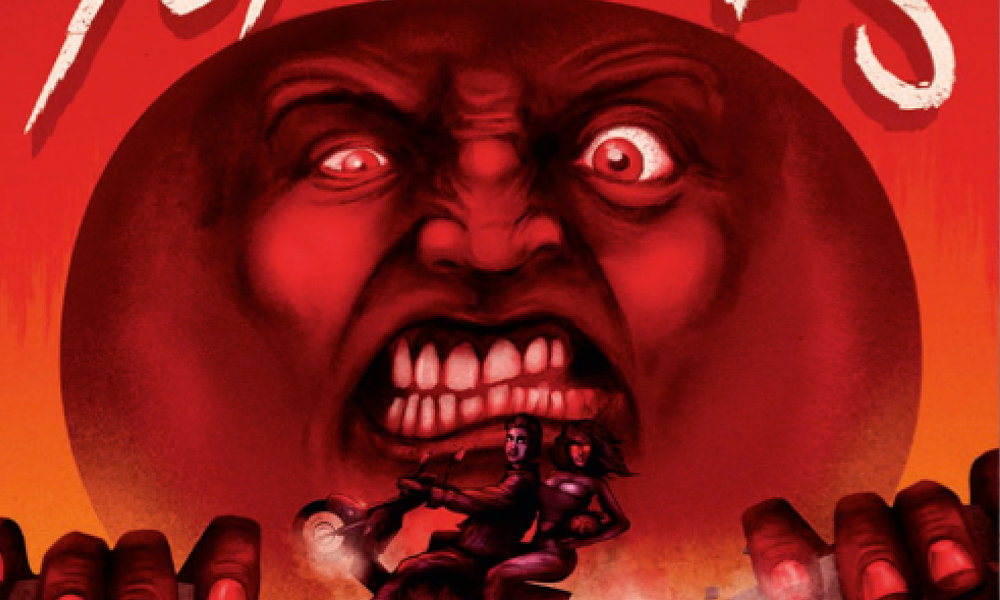 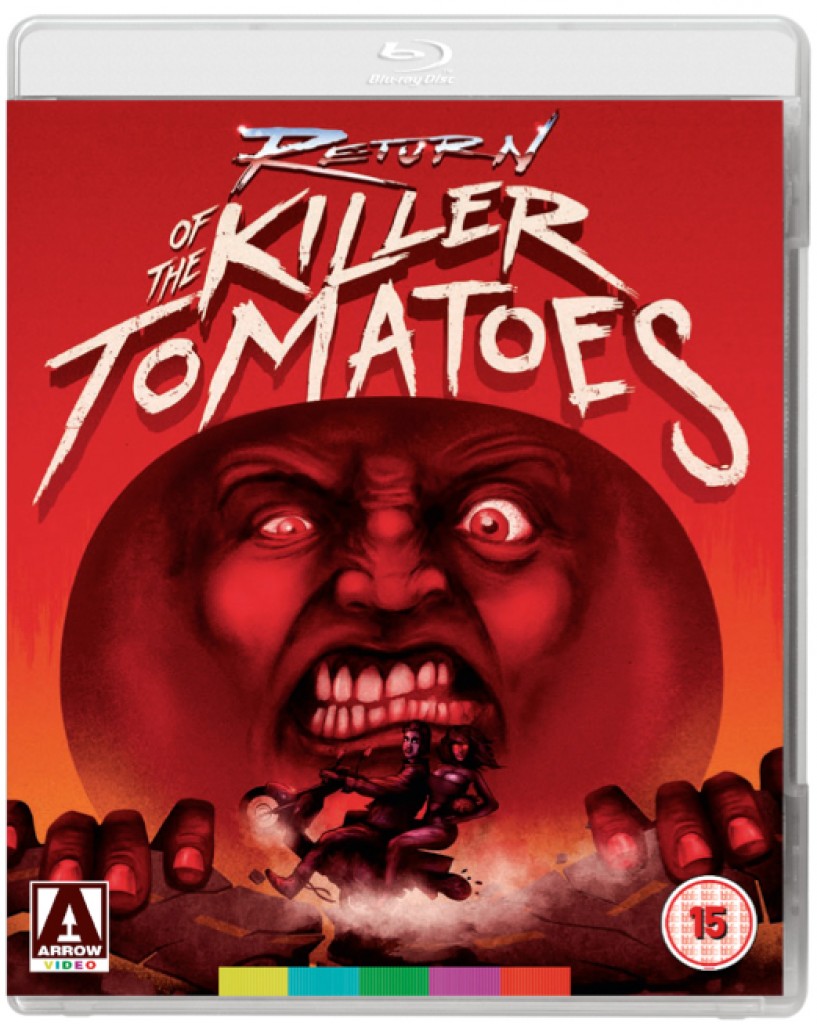 Breaking the fourth wall. It is a term that not many people are aware of. The term today may be called META. When characters in a property (whether it be movies, TV, or comic books) know that they are in said property and acknowledge it, they are breaking the fourth wall. Mel Brooks often broke the fourth wall. Eddie Murphy was notorious for this. If you saw the recent superhero action film called Deadpool, you should be more than acquainted with it now. Imagine my surprise when I ventured into unfamiliar territory for a sequel to a film I had never seen before, Attack of the Killer Tomatoes’ Return of the Killer Tomatoes! uses this device to propel its story forward.

Why would I watch a sequel to a film that I had never seen? The answer to that is easy, George Clooney. I am not an uber-fan of Clooney, but to see him in his first starring role opposite Killer Tomatoes was too good to pass up. I consider Clooney’s turn in Batman and Robin unwatchable. How this film would compare to that train wreck was something I had to experience.

The plot features a world 10 years after the Great Tomato War. A whole generation of kids have grown up without tomatoes in their lives. Chad (Anthony Starke) and Matt (George Clooney) work at a pizza shop owned by a hero from the Great Tomato War. How do they manage to work in a pizza shop with tomatoes being outlawed? They create crazy concoctions with a variety of different foods. Ironically enough, the majority of these are now considered dessert pizzas. Chad delivers “pizzas” to a mad scientist named Professor Gangreen (John Astin) and becomes smitten with his hot lab assistant, Tara (Karen M. Waldron). What Chad doesn’t know is that Professor Gangreen created Tara from an ordinary tomato using toxic waste and music. Music was the downfall of the tomatoes 10 years ago and it won’t be their downfall this time.

The cast and crew break the fourth wall and go META on the audience about half way through. The production runs out of money and the director is seen talking to his crew. He tells them that not everyone can speak on camera or he will have to pay them all union scale. Naturally, the crew starts talking and it creates an interesting turn of events for the characters in the story. They now have product placement and are obvious about it. Clooney, who is more the comic relief to Starke’s lovelorn hero, sells those products with that killer smile of his. The plot from here on involves keeping the production afloat to finish the movie as well as saving Tara who has been captured by Professor Gangreen. It runs the numbers, but is still a fun film.

What also makes this film worthwhile are the not so obvious jokes and references. Look for “The Daily Bugle” as a newspaper that covered the Great Tomato War of 1978. A quick shot of San Fransisco in a news story billed as “New York” is another great subtle joke. Clooney’s Matt holds a “Win a Date with Rob Lowe” contest, only to place himself as the prize when Lowe doesn’t show up, which is probably a more historic irony than a joke. One character shows off his diploma and it is Ted Knight in all his Caddyshack glory. There are many of these jokes stuck in various scenes and prove fitting for a film titled “Return of the Killer Tomatoes!”, but, disappointingly, the movie really doesn’t have the gaudy oversized tomatoes that made the first one so popular.

Arrow Video did a killer job on the restoration of this cult classic. The picture quality was brilliant and, despite Clooney’s age, looked as if it was shot yesterday. So, how did it fair against Batman and Robin? Clooney should never be ashamed of this film. It is not only a joy to watch, but was actually smart in its delivery; playing on its strengths. Batman and Robin never had any of that going for it.

Optional English subtitles for the deaf and hard of hearing