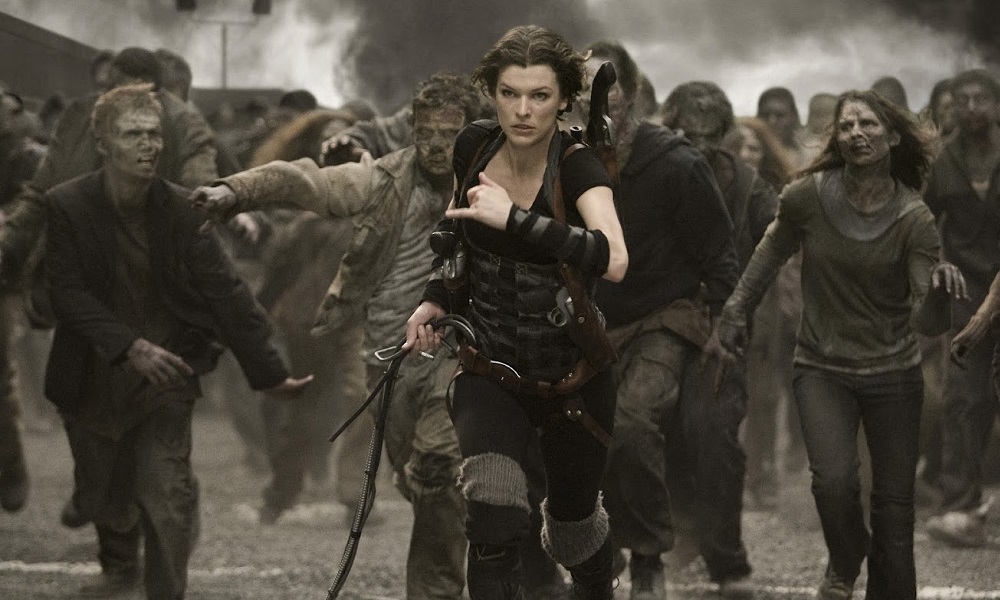 There’s always a little sheepishness when you confess that yes, you kind of dig the Resident Evil pictures. Silly, self-serious and ultimately goofy as shit, they’re not movies one cops to liking in mixed company, because seriously?! But like all proper pulp, the “guilt” becomes a part of the pleasure if you approach it the right way. These movies never apologize for what they are and always endeavor to deliver on their promises. It doesn’t always work, and the inherent flaws in the series’ convoluted lexicon can be exasperating at times. But it knows what it’s good at and doesn’t diverge far from the shticks that gave the franchise an impressive longevity. 15  years, six movies and tons of critical scorn heaped upon it haven’t dimmed those earthy pleasures. 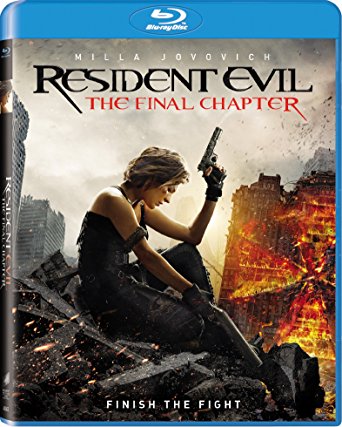 Nor should you expect the final chapter to deliver anything other than what worked in the previous five entries: Milla Jovovich, shooting zombies and sticking it to the evil Umbrella Corporation that unleashed the undead upon the world. It’s a one-trick pony, to be sure, but frankly, I’ve seen worse tricks. This one opens in Washington, DC, with Jovovich’s Alice emerging from a failed betrayal attempt and striking a deal with the AI Red Queen to finally take down Umbrella’s sinister inner cabal led by Dr. Isaacs (Iain Glenn)… who is, you know, evil.

The repetition of the scenario continues to dog the final chapter, with clones of various villains running around and allowing dead characters to pop back up whenever the story calls for it. It robs the story of impact, since we don’t feel any consequences to the various action scenes if the losers can just pop back up again. That’s part and parcel of the video games on which the series is based, but it presents serious problems when you have to transfer that to the movies.

Thankfully, director Paul WS Anderson seems aware of the issue and packs enough imagination into the fights themselves to provide ample distraction. Jovovich herself proves an admirable asset on that front. Her physicality makes her an ideal zombie basher, and she can handle the fight choreography with effortless ease. Alice remains a cipher as always, but Jovovich’s charisma gives us a rooting interest by default, and as action heroines go, she always seems up to the challenge.

Place her in the middle of the mayhem and infuse that mayhem with a little thought and care, and you have enough entertainment value to get across the finish line. Resident Evil: The Final Chapter benefits by providing some closure for its drama, which gets around the series’ lingering problem of rendering its conflicts meaningless through constant resets. It also imbues Alice with a sense of accomplishment, helping Jovovich bring some heft to her living action figure.

Beyond that, the movie does what the previous five have done with no apologies and no regrets. Milla fights zombies. Milla fights faceless mooks. Milla infiltrates trap-laden secret headquarters and dodges laser beams with artful efficiency. If you’re looking for something more, you’ve come to the wrong franchise, and expecting anything other than what the film delivers is an exercise in futility.

Resident Evil: The Final Chapter also earns some credit by bowing out with a little grace. Franchises like this tend to outstay their welcome with alarming frequency. This time, the producers are smart enough to know that the whole thing hinges on their leading lady, and that when she hangs up the spurs, it’s time to move on. This time, they’ve crafted a fitting farewell for her, something that provides the same grindhouse joys that the franchise always endeavored to find. You can’t expect anything more, and if you’re inclined to such waters, this last swim provides an honest good time. Those looking for anything else likely checked out several films ago.

The Blu-ray release contains about what you’d expect. Sound and image quality are solid, and the disc contains a smattering of behind-the-scenes shorts focused mostly on the stuntwork and Jovovich’s character. It’s good value for the price, though obviously newcomers to the franchise should make sure the content is their cup of tea before buying.