Resident Alien (2021): Some Thoughts On Episode One 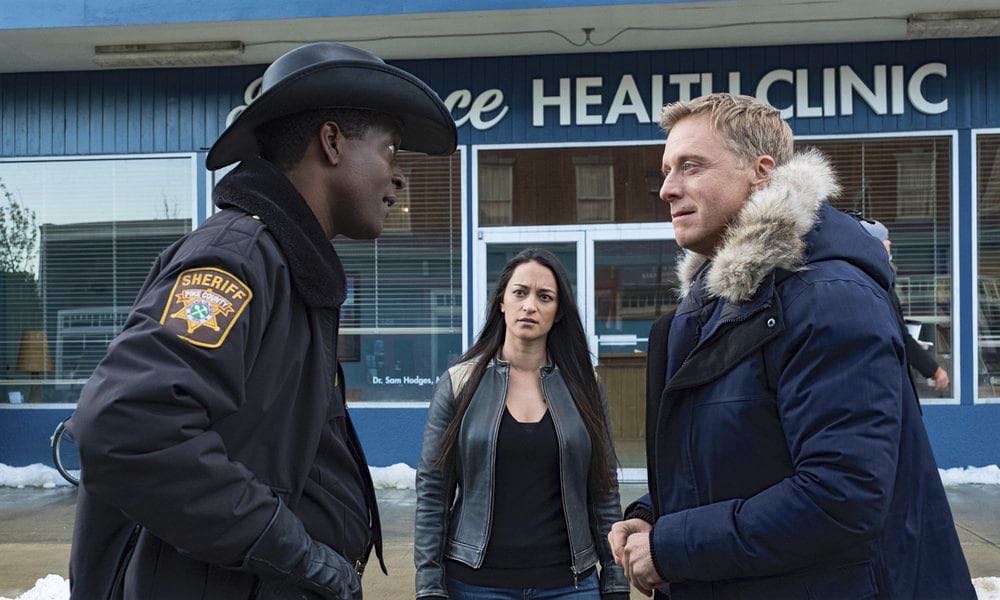 I just finished watching the pilot episode of Syfy”s new trope-filled series Resident Alien for the second time. I often view the stuff I write about twice to hopefully gain a more objective opinion of what I have just watched. This series puts together a collection of well-worn tropes and claims them as its own. The tale of an alien stranded on Earth, along with his or her story, is hardly a new one (amnesia anyone?), but let’s face it, all the good ideas were taken long ago, and except for an infrequent occasion, the most a fiction writer can hope for these days is to write an excellent tribute to the stories of the past and get lucky enough to find the right combination of tropes that fans will enjoy. That apparently was the goal here, and this series is a collection of tropes that may or may not work. 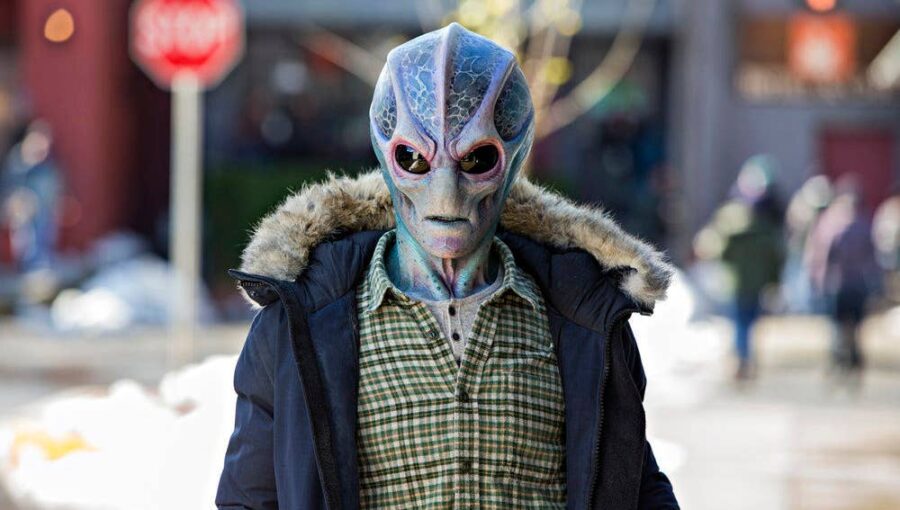 The pilot starts with an alien craft crashing in the snow-covered terrain of Colorado, near a tiny town (fewer production costs that way), quickly followed by the portrayal of a close encounter way beyond the third kind as we get introduced to the super-strong-by-human-standards alien creature that, we are meat to assume emerged from the crash. The alien makes short work of murdering and replacing the human it encounters by some unexplained apparently built-in molecular transformation ability the creature possesses. After this very dark opening salvo, Resident Alien wastes no time introducing its main characters and the small town of Patience, Colorado. So, Just like that, this show segues between a cold-blooded murder and Tudyk’s fish out of water routine while introducing the show’s characters. A 180-degree shift from a pretty grim and dark scene with not much in between left me wondering which direction this series was going to take. Still, so far, it seems it’s only that this show has a very dark sense of humor.m considering the big reveal towards the end of the episode. The show sets up a murder mystery as we advance, but that probably is not the show’s end game.

Not familiar with this title? Resident Alien is an American science fiction mystery comedy-drama television series based on a comic book of the same name premiered on January 27, 2021, on Syfy.

Of course, this show’s main attraction is Alan Tudyk, a legend and genre star for years in both vocal and acting roles, and he has another chance at a lead role here in yet another genre production. The show has its share of good fish-out-of-water jokes. Tudyk’s interpretation of an alien trying to pass as a human is extraordinary and sometimes uncomfortable to witness. The series is still young, and everyone is still settling into their roles, but so far, the actor seems to have chosen this sort of child-with-down-syndrome approach to the character. Resident Alien is counting on a lot of its laughs getting generated by Tufyk’s fish out to water routine, but what’s most amusing about this story is certain universal truths that anyone can relate to, like Tudyl’s response to an alarm clock when he’s hungover, and how much effect the humans, who he has such a low opinion of are obviously having on him already. The rest of the cast is likable and competent in their roles.

This series has an off-beat feel that I like; it can be both very amusing and dark and needs more time to define itself overall. The juxtaposition between humor and violence fails to conjure humor here, and I’m not sure why, but it needs tweaking somehow. Overall, I found the show pretty enjoyable, but it left me with many unanswered questions.