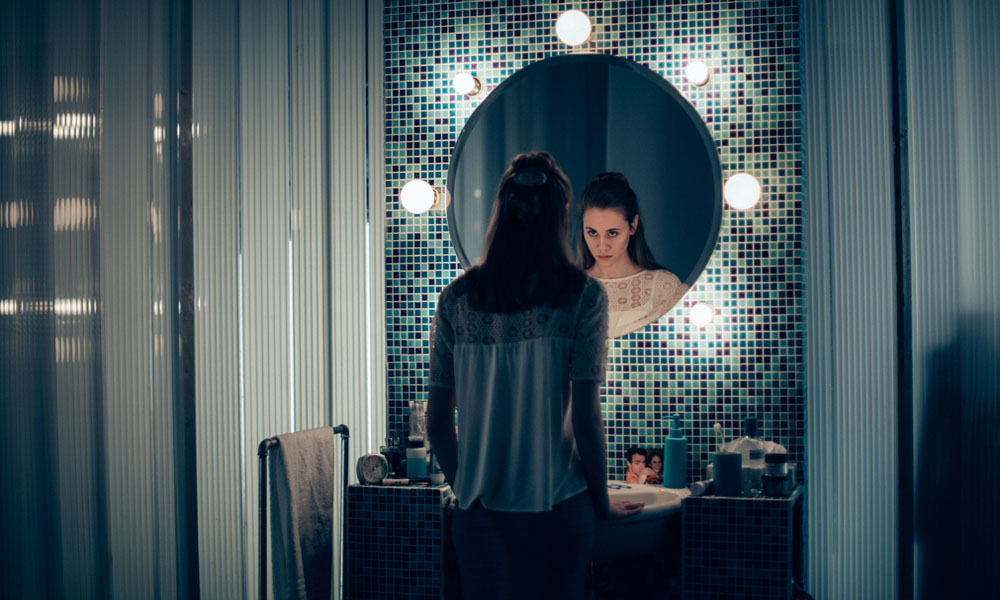 A high concept can illuminate a metaphoric query. 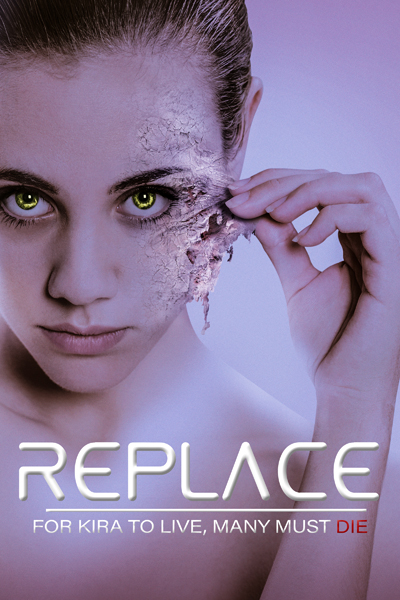 By the same token unfortunately a high concept that’s convoluted and takes over the show can completely eclipse whatever the original metaphor may have been. There’s a reason Kubrick and Lynch seldom set their analogues in far flung locations, time periods, revolving around massive fleshed out conceptual ideas. Even science fiction needs to rein itself in if it wants to say something loud and clear.

At the end of the day Replace seems like it wants to make some kind of statement about vanity and the cosmetics industry and the paranoia young women feel about getting older. The dreamy cinematography is very pretty and atmospheric for a contemplative inner journey into an inner landscape of fear and uncertainty. The expert use of color and composition can make something as simple as traffic lights speeding across a glossy high rise at night look nightmarish and visceral.

Then the ‘plot’ begins and I’d argue apart from some gnarly effects it’s a detriment to what was previously established. Avoiding spoilers let’s just say that the title prepares you a little too readily for the core of the concept of the film, and it’s only further hammered home by some needlessly detailed voice overs. Replace doesn’t quite veer into abject science fiction or fantasy but it takes so many steps in that direction any ties to grounded reality are lost.

It’s a high class production with believable acting, powerful music, and the aforementioned stunning visual effects for something less than a massive budget movie. But for me at least I was hoping for something a little more psychological and far less mythological. Those scenes where the character is wondering where she is or talking to herself were so much more effective when you were questioning her sanity and even your sanity as an observer…as opposed to when it’s revealed there’s a pseudo-scientific reason for these lapses. Explaining a mystery can be very satisfying, unless the explanation seems to be tailor-made to create the mystery in the first place. It doesn’t feel organic. And despite some gooey gore, Replace doesn’t feel organic either.