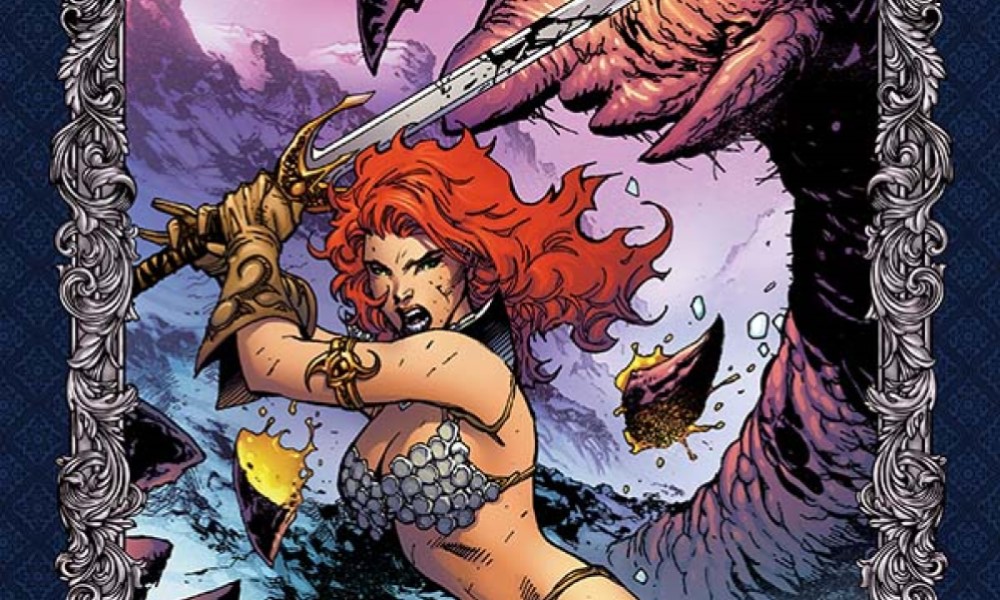 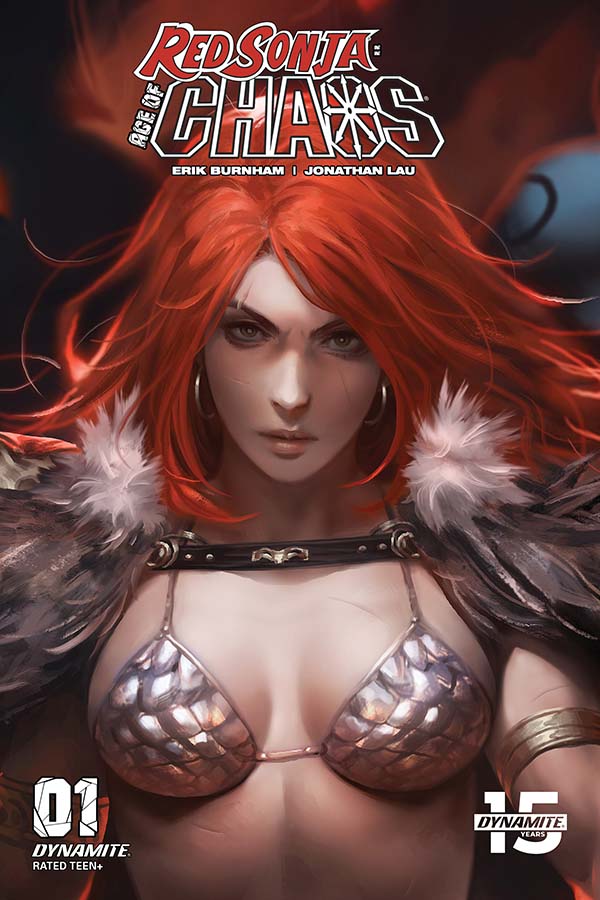 It’s abundantly clear from the sheer dynamic nature of this twenty-page periodical’s plot that Erik Burnham was “incredibly excited to get a return trip to the Hyborean Age to spend a little more time with Red Sonja”. For whilst Roy Thomas and Barry Windsor Smith’s co-creation doesn’t actually enjoy too much limelight in Issue One of “Red Sonja: Age Of Chaos”, the “Minnesotan writer” still manages to demonstrate just what “an incredibly fun character [she is] to write” for by having the sword-and-sorcery heroine brutally behead a handful of opponents.

Happily however, the scarcity of the female warrior’s presence is easily forgiven, courtesy of this comic’s audience being swiftly subjected to some of the New Jersey-based publisher’s most demonic personalities, including Evil Ernie, Jade, Sakkara, Catherine Bell and Chasity, in what can only be described as a marvellously manic parade of undead flesh, vampiric blood-drinking and winged transformations. Admittedly, this remorseless assault upon the senses could well have become utterly overpowering for those bibliophiles naïve to the “Dynamite Entertainment” universe. But mercifully each super-powered individual is accompanied by a brief synopsis as to their brutal background, and such is the simplicity of the American author’s tale, that all any onlooker really needs to know is that the combatants all seemingly hate one another.

Indeed, the vast majority of this magazine consists of the Godlike being Purgatori attempting to beat the life out of her opponents so as to secure Mistress Hel‘s “ultimate benefit”; an amulet containing the soul of the ancient sorcerer, Kulan Gath. So minimalistic a plot could easily have become a rather tedious bore, yet Burnham manages to avoid this ‘trap’ by introducing the reader to a fresh competitor every time the remorselessly savage action starts to get a little stale; “You will not stand in my way, half-breed… And neither will this deluded slave!”

Jonathan Lau also has much to answer for concerning the breath-taking ferocity of this book’s unrelenting entertainment. The Philippines-born illustrator appears to be well on his way to succeeding in his mission “to bring big action back into comics” with his packed panels consistently depicting well-pencilled bloody knife thrusts, sword blows, hand-chops and mighty magic. Little wonder therefore, that his creative collaborator would warn this title’s potential buyers that “Lau’s art is gonna blow the doors off (please, have all the doors reinforced before opening the book).”

One thought on “Red Sonja: Age of Chaos #1 – comic review”