Ready or Not — Movie Review 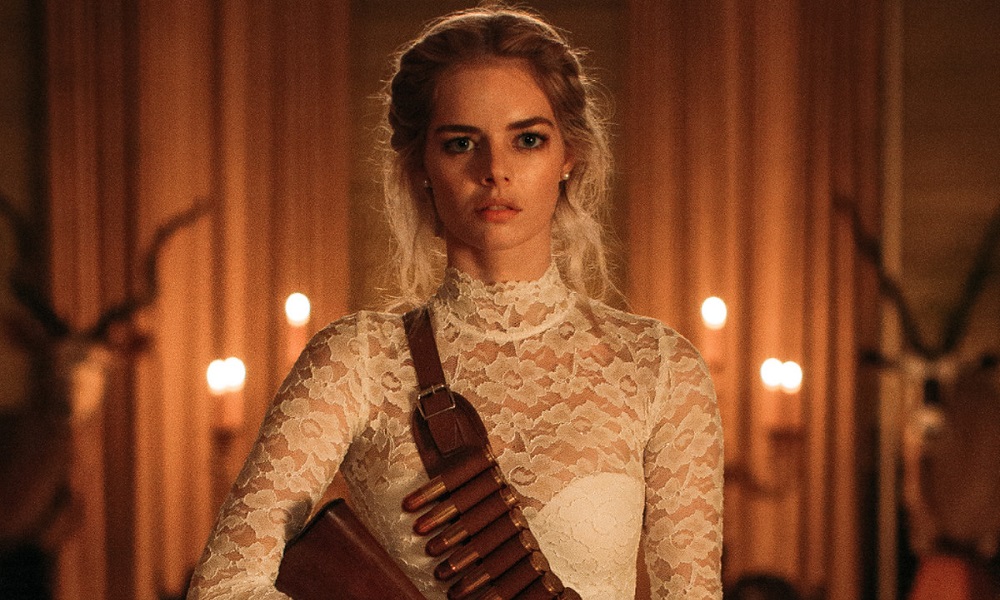 Ready or Not is the kind of film made for August. Unassuming and quiet, it nonetheless takes tremendous glee in its gimmicky little conceit and works overtime to get everything it can out of the results. It can’t go toe-to-toe with the earlier monsters of summer, but with a quiet multiplex and an undemanding audience, its manner of cut-‘em-with-a-quip horror comedy feels right at home.

To its credit, it dispenses with the set-up very quickly and gets down to business. Blushing bride Grace (Samara Weaving) is about to join the old-money Le Domas family, who made their fortune on household board games of the Clue and Monopoly variety. Their products stand prominently throughout their Gothic family escape, and if the titles all hold the whiff of the infernal to them… that’s not entirely a mistake. The clan credits their success to a centuries-old deal with the devil made by their founder, which they have proudly expanded into the 21st Century (video games and professional sports franchises count among their holdings). Of course, such aid always demands a price, and having drawn the wrong card from a sacred family relic, the freshly minted Mrs. Le Domas finds herself trapped in the mansion and being actively hunted by her new in-laws.

The bulk of the movie runs on the mild twists and turns of that basic scenario, and it finds enough reasonably cute shticks to hold our interest. Naturally Grace proves tougher than her willowy frame and snarky demeanor suggest, and Weaving’s winning turn gives us an easy rooting interest. But the best gags lie in the notion that the assembled Le Domas are 1) really bad at hunting humans and 2) not entirely convinced that the whole thing is legit. Some (like Nicky Guadagni’s scene-stealing aunt) double down on fanaticism, while others try their best to sit it out or (in one memorable case) get coked out of their minds in order to screw their courage to the sticking point.

That’s enough to fill a decent running time, and while the rules of the game stay simple – and even cliched at times – the film can still give those of a Gothic frame of mind something to chuckle at quietly. The eat-the-rich politics stay comparatively tame, but still make for some easy lay-ups, and Weaving’s durable protagonist echoes the general “in-laws suck” vibe that pulls Ready or Not through its agreeable paces.

Yet the film’s most clever conceit remains perhaps its simplest: we don’t know until the very end whether Satan really owns these people’s souls or it it’s all just balderdash. It provides a clever and satisfying answer, but the lingering questions provides a lovely bit of subtext. This family is sufficiently frightened of abstract theological conceits to murder one of their own. Though a miles away from the masterful Midsommar out earlier the summer, the effort carries a similar thread at its heart. Satan provides the trappings here, but the real evil belongs to selfish humans willing to go to horrifying lengths to hold onto what they have. Ready or Not has nothing more than a little dark fun on its mind, but it knows the evil in men’s hearts and has no interest in letting anyone off the hook for that. More power to it.