31 Days of Horror: Queen of Blood 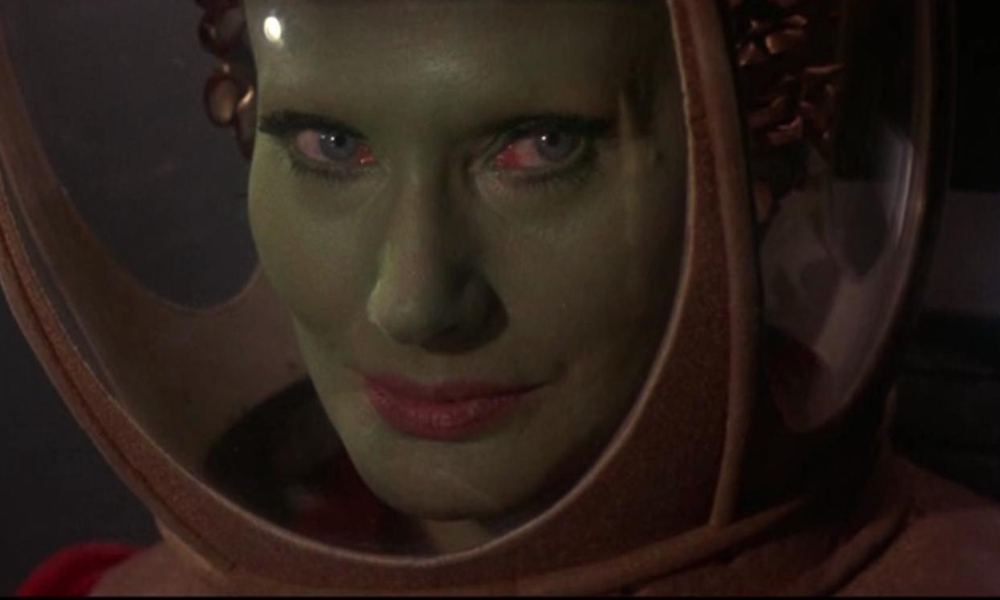 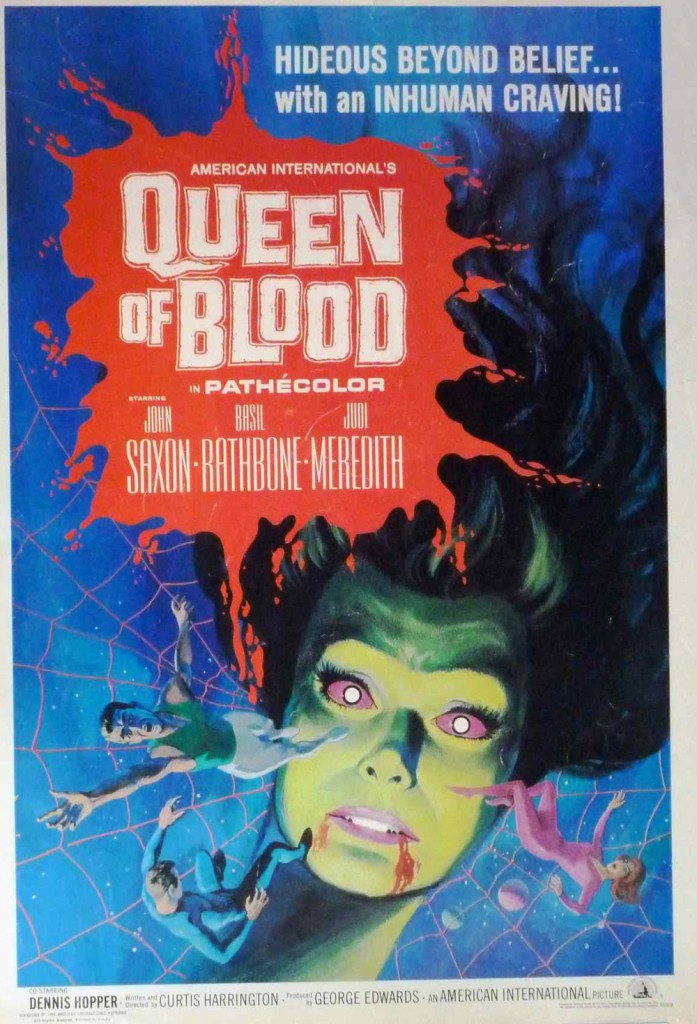 QUEEN OF BLOOD (1966) has a bit of distinction as it is the only time Roper from Enter the Dragon (John Saxon), Sherlock Holmes (Basil Rathbone), and Billy from Easy Rider (Dennis Hopper) teamed up to find an intergalactic vampire. Of course, we are making a reference to the characters that these actors are better known for. It is incredibly enticing to see these actors together despite knowing full well that this film isn’t going to be their greatest.

If you have never heard of the Queen of Blood here is your quick premise. In 1990 mankind has made contact with intelligent life from outer space. En route to Earth our first visitors accidentally crash land on Mars. We rush to their rescue and discover our new friends thrive on a different kind of food, blood.

The film is riddled with techno babble that makes Star Trek sound like Shakespeare. The sets, for the future now our past, are of course laughable. Basil Rathbone doesn’t really interact with any of the main cast, indicating his shooting days were probably very brief. Dennis Hopper is so young that in his first appearance on screen he is unrecognizable. John Saxon has more hair and well… you get the point. All this quickly washes away as this 1966 version of the future sucks you in. Much like Michael Bay’s Armageddon (1998) anything and everything goes wrong for these space travelers. There is tons of excitement for the guys and a small love story for the girls. A perfect B movie if ever there was one out of 1966.

Outside of the quick build up to the plot at hand, our Queen of Blood isn’t on screen as much as she should be. The discovery of what she does is met with a lot of understanding and acceptance despite the body count. It makes for an interesting tale and again a perfect second picture on a double bill of two movies. The main thing that many fans of science fiction movies and cartoons will recognize is the sound effects. Many, if not all, are identical to the Tom and Jerry episode called “Mouse into Space”. There are probably many other movies and cartoons with these sound effects but with the MGM logo on the box the connection is easily made.

There will never be a special edition of the Queen of Blood. Sadly, that is a very true fact. The cover on the most recent DVD release lacks any of the B movie charm that the original poster had (see above). A gallery of these posters are on the Internet Movie Database (seen here). It’s still a fun film for its cast and B (really C) movie charm.