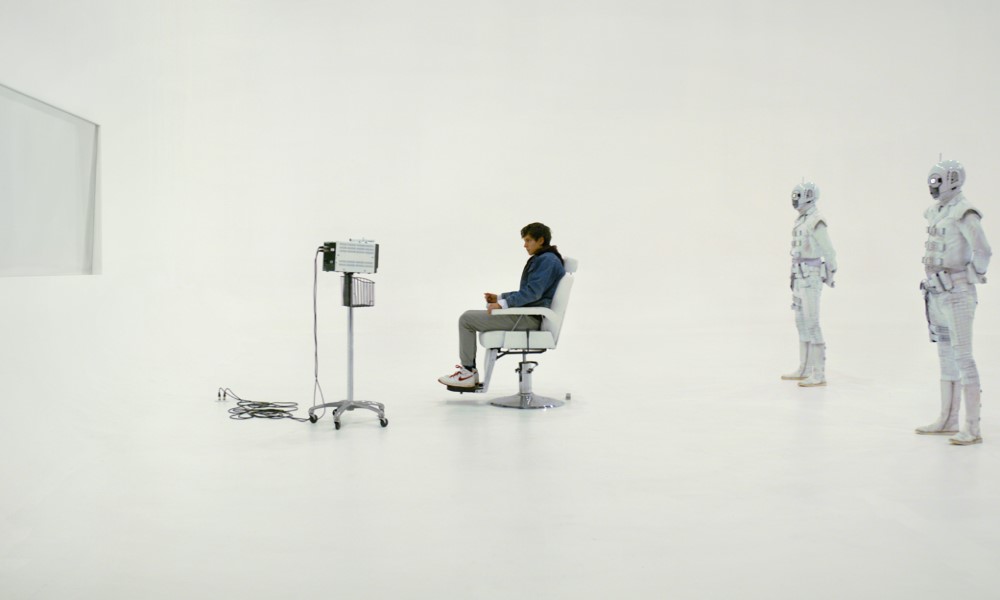 Some movies are adorably guileless. 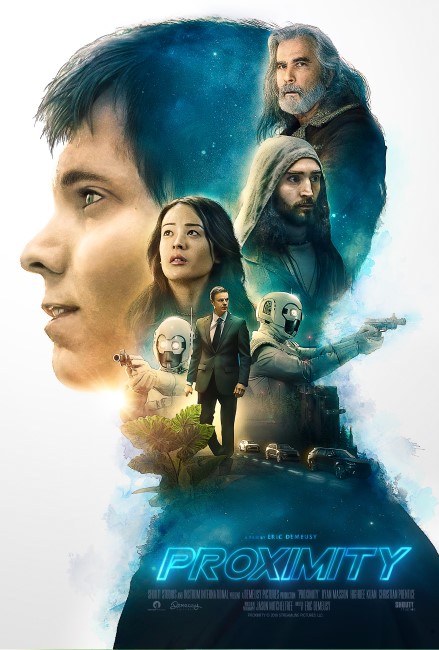 Proximity plays out like a child’s imagination of what a film is. Before anything happens in the film without exception the audience will already have guessed at or anticipated the same events minutes in advance, provided they’ve seen a single other movie or television in their lives. It’s less an original property as a pastiche of the greatest hits of classic science fiction. We’ve got alien abductions in literal spinning flying saucers. We’ve got the loner kid who stumbles across a conspiracy with his attractive but grounded female counterpart in tow. We’ve got sinister government folks in dark suits and sunglasses shouting orders to seemingly inexhaustible supplies of faceless soldiers. Luckily longhaired wacky hipster programmers with the inside scoop on the truth will save us all with the The Internet. There’s even a montage where the hero feverishly describes how he came to believe in aliens…by using every debunked popular UFO tidbit the internet has been circulating for years.

It’s so cliche you’d suppose this was a calculated attempt to ape something else or just an offhand attempt to fabricate a story out of left over story parts…but no.

Proximity feels like someone genuinely impressed by their own rediscovery of the oldest tropes in fiction. From the bombastic music to the completely serious directing and acting, this is not a joke. It’s someone who is either unaware that everything they’re doing has been done before or they’re so enamored for tropes of the past they are playing them out straight as an arrow.

With just a few tweaks this could be a parody of ET or Stranger Things or Donnie Darko. There’s no perceptible winks or nods here: just a pure and innocent attempt to tell a dramatic tale of outcasts, chases, and mysteries. The actors are pretty good, especially when they’re allowed to be more naturalistic. A couple of times you get the feeling the demands of them for the sake of propriety stunted performances. Someone delivering a rambling monologue is always going to sound a little stiff, and bad guys whose only direction seems to be ‘growl’ are also going to come across as cartoons.
The effects are quite decent, especially since a majority of them are probably budget-conscious digital creations. There’s a real flare to the camerawork that looks professional and smooth. At times it feels like a lost Spielberg movie, not just an homage to one.

The film’s main fault the pacing that is too slow for a kid’s attention span, and children really do seem to be the demographic or very young teens. The aforementioned similarities between Proximity and literally every other alien conspiracy movie ever made which makes it pretty short on surprises (with the exception of one rather large twist that admittedly came out of left field).

All and all it comes across as a very polished but familiar television pilot for fans of 80s ‘special kids pursued by government baddies’ films. That nostalgia and the profound wholehearted embrace of the ridiculous may carry you through, along with how pretty everything looks.