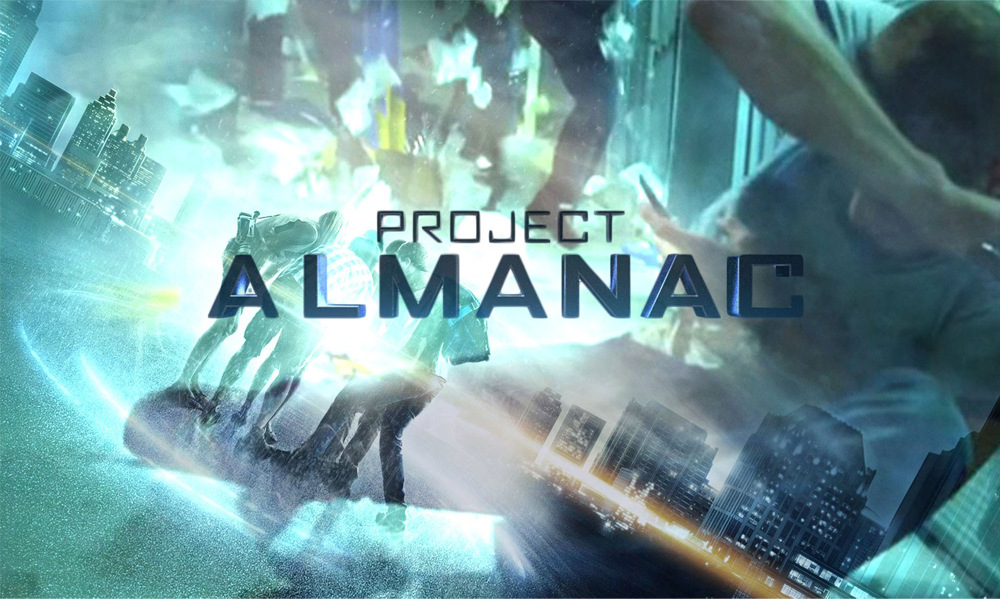 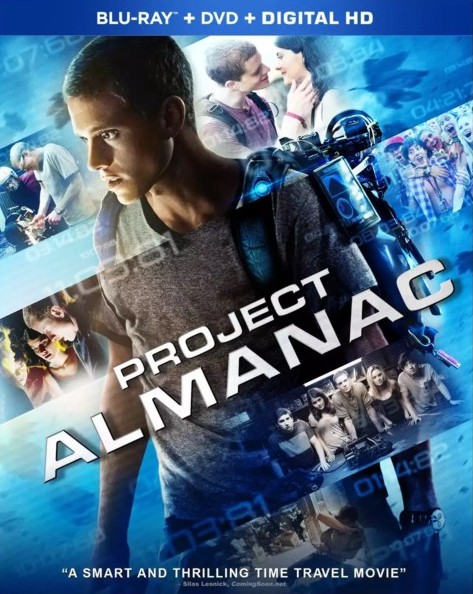 Mix The Butterfly Effect, and A Sound of Thunder, with a dash of the Big Bang Theory and you have a close approximation of Project Almanac.  High school senior and aspiring mechanical engineer David Raskin (Weston) realizes his life’s dream when he is accepted into MIT.  However his jubilation turns to anguish when he learns he only received a partial scholarship and must come up with $40,000 to pay for the rest of his tuition, far more than his single mother can afford.

Desperate to find a project that can impress the admissions department and earn a full ride; he searches through the belongings of his late father, a noted inventor.  He and his sister Christina (Gardner) stumble across their dad’s old video camera with a recording of David’s 7th birthday party.  On it he sees the impossible, his 17 year-old self in the background.  Along with his friends Adam and Quinn, they search their fathers old work room in the basement where they find a strange machine and blueprints to seemingly build a time machine.

The four are joined by Jessie (Sofia Black D’Elia), David’s longtime crush, as they successfully test the machine, going back in time 24 hours.  They use the machine initially for mundane reasons like passing a failed chemistry exam and getting revenge on school bullies.  They then use it to win the lottery although comically screw up the numbers hitting just five of the intended six winning numbers.  But when David screws up his chance to have Jessie fall in love with him, he breaks his own rule of never jumping alone by going back to change the events.  However each time he goes back, he ends up causing further horrific events in the current time stream.   He soon finds himself on the run from the police, and desperately trying to set things right once and for all.

Like A Sound of Thunder, Project Almanac explores the themes of how changing events in the past, no matter how minor they may seem, can cause disastrous ripple effects in the future.  As such, while its concepts are not original and have been used in many other time travel films, the fresh-faced cast generally makes the film fun to watch.  While pulling off an impossible feat of building the time machine they are still kids and behave like real kids would behave.   They do the sort of fun and goofy things you might do if you had the chance to go back in time for a short period.

Project Almanac suffers from a near-fatal flaw, however.  Director Dean Israelite decided to shoot his movie in found footage style, filming entirely with jittery, hand held cameras.  While it makes sense for the group to film their various tests with the time machine for scientific purposes, it doesn’t make sense for much of the rest of the film, particularly scenes that seem to be shot by an invisible person who had no business being there.

A closer look reveals silly plot holes such as how a few middle class high school kids can afford a seemingly endless supply of car batteries to power the machine and why their school keeps a large supply of liquid hydrogen in a storage room right next basketballs and football equipment.  Likewise the mystery of what his father was invloved in before dying in a car crash is never answered.  The cast, however, is enjoyable enough to let you overlook a lot of the film’s blemishes.

While it certainly doesn’t hit the bull’s-eye, Project Almanac at least manages to hit the board.