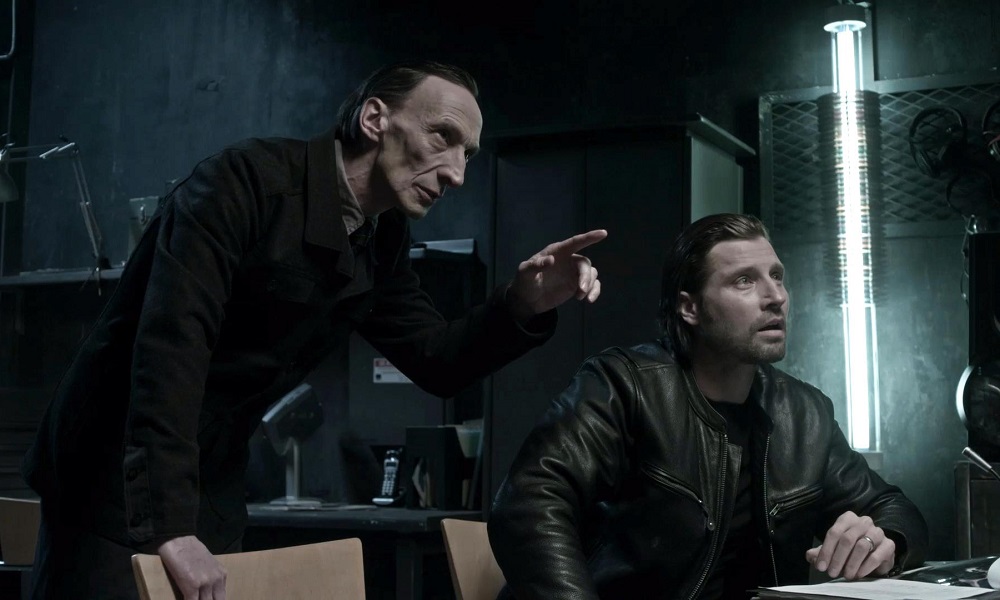 Prisoner X is a low-budget science fiction thriller that could have used a few more thrills. The film begins in 2002 when a man (Orzari) crashes his car along a deserted highway. When the police arrive on the scene they make a terrifying discovery in the car…The man had possession of weapons grade plutonium! He is hauled off to a secret government military facility known as the Sandbox and operated by a Government Agent name Jefferson (Richings). Damon Runyan plays Fischer, the agent in charge of interrogating, and torturing the prisoner. 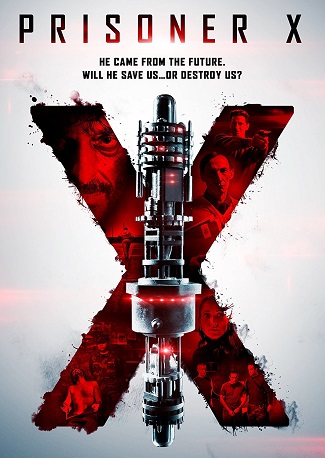 The man, whose identity is unknown, is able to resist even the most advanced torture techniques and refuses to provide information. Then one day he begins to write down a series of numbers which turn out to be future astrological events, leading to the startling conclusion that the man is actually from the future. Fischer seeks the aid of his former lover and expert in interrogation, CIA Agent Carmen Reese. However, when Reese arrives she finds Fischer dead by apparent suicide.

The mysterious man, whose name is revealed as Ramiro, claims to have come back in time with a force of 99 jihadist terrorists to use their knowledge of time and technology to set the planet on a path of worldwide war. Reese engages is a deadly game of cat and mouse with the terrorist from the future in order to try to avoid a nuclear catastrophe.

Prisoner X plays on current fears of worldwide tensions not only in regard to terrorism but also to rogue nations like North Korea and Iran of obtaining and using nuclear weapons. Having time traveling terrorists gives it that sci-fi edge although those elements are downplayed. The crux of the film is the psychological drama between Reese and Ramiro. Channeling “Silence of the Lambs” Reese is Agent Starling to Ramiro’s Hannibal Lecter, although that comparison might be too generous.

Director Gaurav Seth throws a lot of twists and turns and the viewer along the way and it does keep you guessing…for a while. But much of the final twist can be seen from a mile away because both he and the actors overplay their hands. Rabiro and the mystery surrounding him is the compelling factor that drives most of the film and once that is gone, were left with an empty bag of potential.

The performances of most of the leads, particularly Orzari and Richings were splendid. Orzari stayed within his character and Richings is just plain fun in every role. The supporting cast, such as the base soldiers, however, were two-dimensional and wooden.

Prisoner X isn’t a thrill-a-minute and its slow, methodical pace might not be to everyone’s liking. There are definitely some interesting aspects but ultimately they aren’t fully realized.