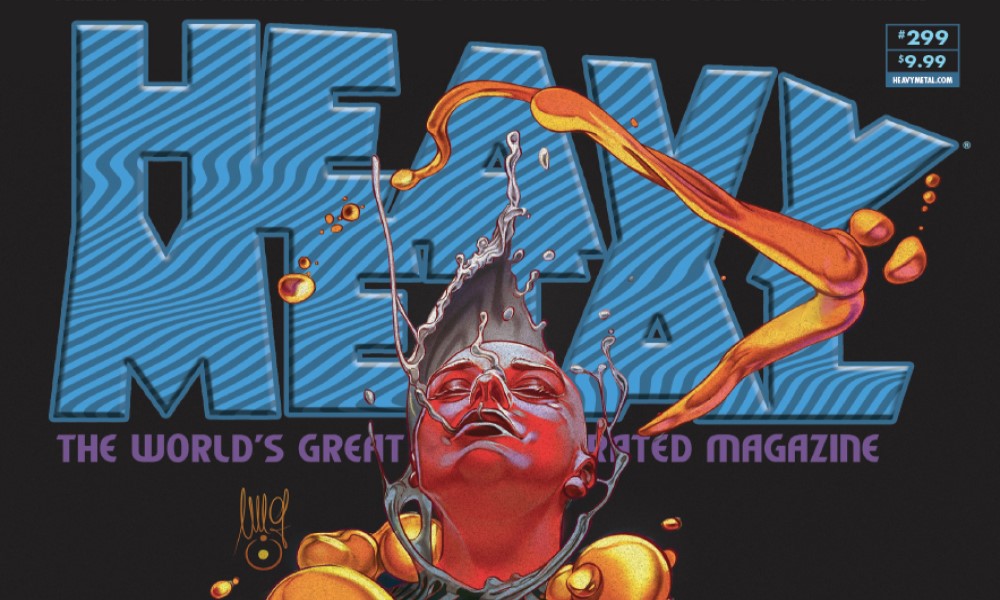 Heavy Metal Entertainment announces the release of Heavy Metal #299, the Mythical Worlds Special, coming to stores May 2020. In the lead up to Heavy Metal’s landmark 300th issue, the world’s greatest illustrated science fiction mag will take readers to the edge of fantasy and beyond with this specially curated issue. 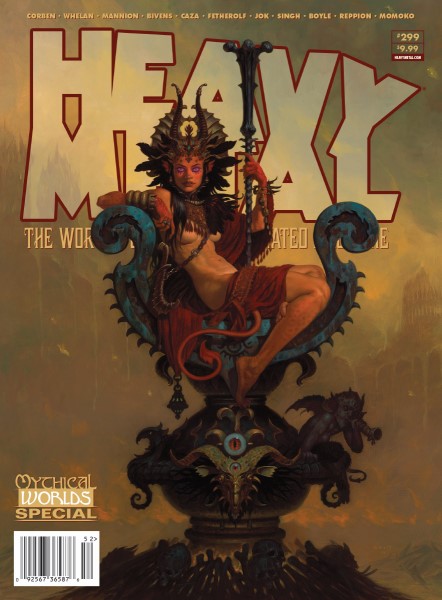 In this issue:
“Murky World” Chapter 13, by Richard Corben, continues. In a bizarre land populated by hungry deadlings, cruel necromancers, and buxom cyclops, Tugat the warrior sets out to retrieve his lost horse Frix.

A demon torments her creator in “Revenge of the Cicatrix” by David Baillie & Conor Boyle.

Matt Medney and Morgan Rosenblum’s “Dogma Resistance” spans the ancient past and near future.

“Getting to the Church on Time” by Robert Randle & Martina Fari is a fresh take on classic fairy lore. 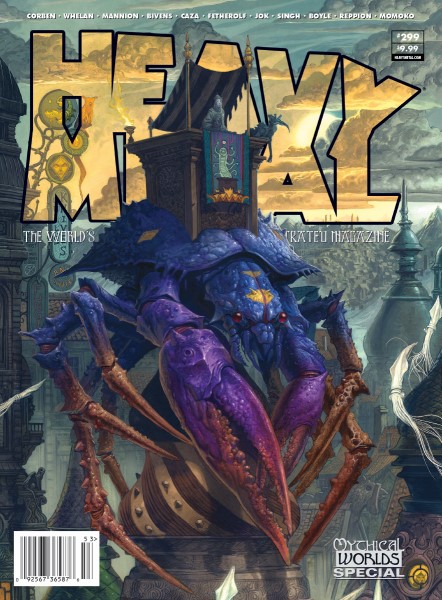 Peach Momoko’s “Confess” cleanses sins by the power of tattooing. 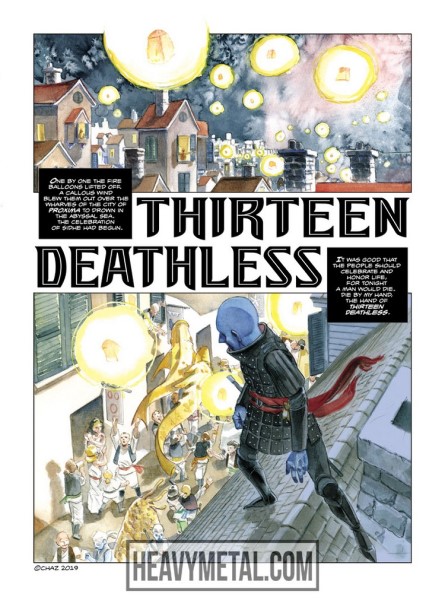 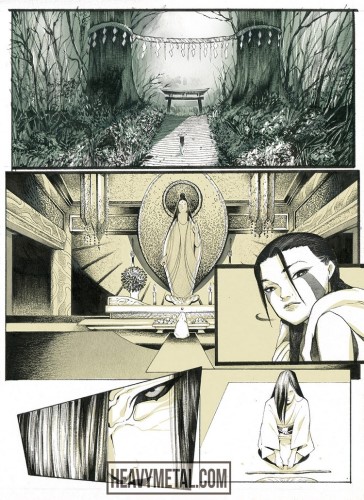 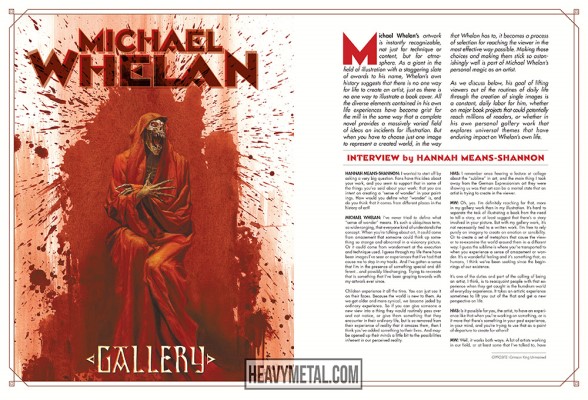 Heavy Metal CEO Matt Medney says, “”Fall back into your cerebrum and escape into the serenity of your imagination.”

“We’ve been running a lot of themes in the magazine the past several years, and as we reach a milestone, we wanted to celebrate the genres that made this magazine what it is,” explains managing editor Tim Seeley.