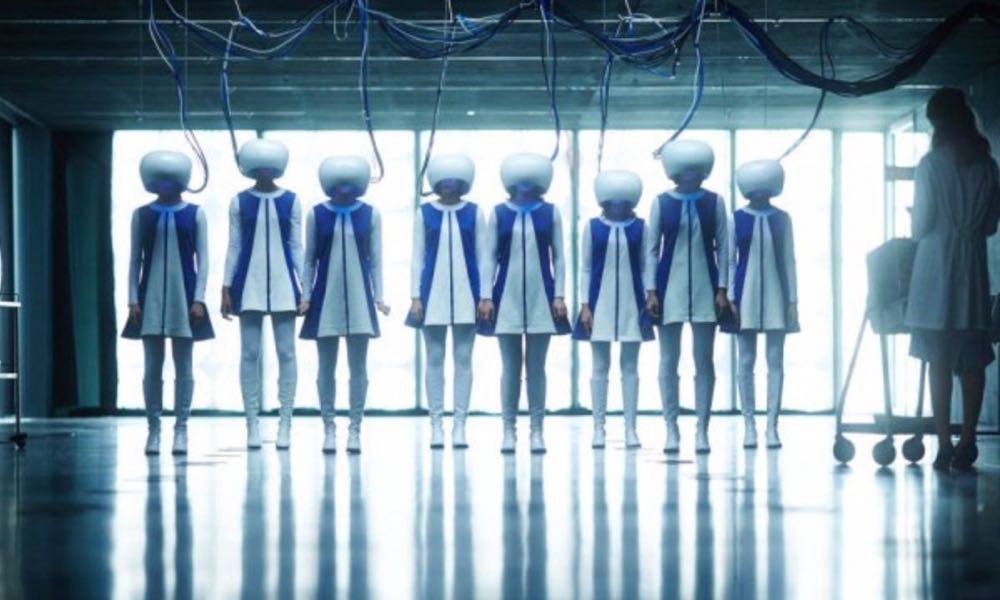 It’s no secret that I think film noir and science fiction combined is a marriage made in heaven. These two ingredients, the style, and texture of noir, along with the sci-fi mystery/adventure stories we love, form the basis of some of my favorite genre classics pf the last twenty years and beyond. Without a doubt, a subgenre genre represented by classics such as Blade Runner, Dark City, and now Predestination, have made a lasting impression that begs for more.

My relationship with time travel stories is more of a love/hate affair. Honestly, when I first heard about this film’s release, I mentally rolled my eyes and thought ‘pass.’ Ironically, now, Predestination is one of my all-time favorite tie travel films. I will always love the film adaptations of HG Welles classic The Time Machine. Still, sometimes, more recently, in an attempt to add a new wrinkle or achieve some sort of originality, it feels like time travel stories are more of a headache than they are worth, which has made me wary of the genre.

Time travel stories have different rules that dictate what’s possible and what isn’t,  depending on who’s telling the story. The rules governing this story, for example,  are different from the laws governing time travel in Time Cop. That film depicts a kind of time travel that gets based on a single universe in which everything takes place. Presdetination’s time travel, on the other hand, has more of a multiverse approach with things like possibilities playing a more significant role in alternative realities that can coexist simultaneously.

Not acquainted with the title? Predestination is a 2014 Australian science fiction thriller film written and directed by Michael and Peter Spierig. The film starred Ethan Hawke, Sarah Snook, and Noah Taylor and got based on the short story “—All You Zombies—” by Robert A. Heinlein.

The film’s cast, especially Sarah Snook, elevates this material pushing  Predestination into the realm of a modern science fiction classic as an impressively well-executed film with a thoroughly engaging story. Like the film’s main character, it’s sometimes disturbing narrative goes through lots of changes spanning several decades of the twentieth century giving large chunks of the film the look and feel of a period piece depicting the era between the ’40s and 70s.  This device allows the film itself to change character mimicking the transformations of its lead protagonist.

Although, as the title suggests,  the classic idea of free will vs. destiny is at play here, this film’s narrative lands solidly on the side of destiny to deciding the future. Free will doesn’t stand a chance here in a story that stacks the deck in favor of fate taking a hand. All the choices of its lead protagonist get sidelined by a universe with other plans in store.  Predestination is a complex creation; it initially presents itself as a neo-noir mystery that turns out to be much more. It’s an excellent science fiction film, based on a challenging, puzzling narrative that includes modern sensibilities with hints of a counter-culture message regarding gender and identity. It’s all wrapped up in a seductively teasing, paradoxical time travel story that seemingly succeeds at being illogical while simultaneously making sense at the same time.

Predestination, in the language of storytelling, takes us on a long walk around the block. The film’s narrative leads us on a somewhat far-reaching and meandering journey before, like a stage magician, presenting its final plot twist. Sure, it’s the old rabbit out of the hat we expected, but we don’t mind a bit; the story’s that good. The bottom line, this film sets out to be a dark mind-bender that succeeds at having fun while doing it and does it well.