Preacher Review: The End Of The Road 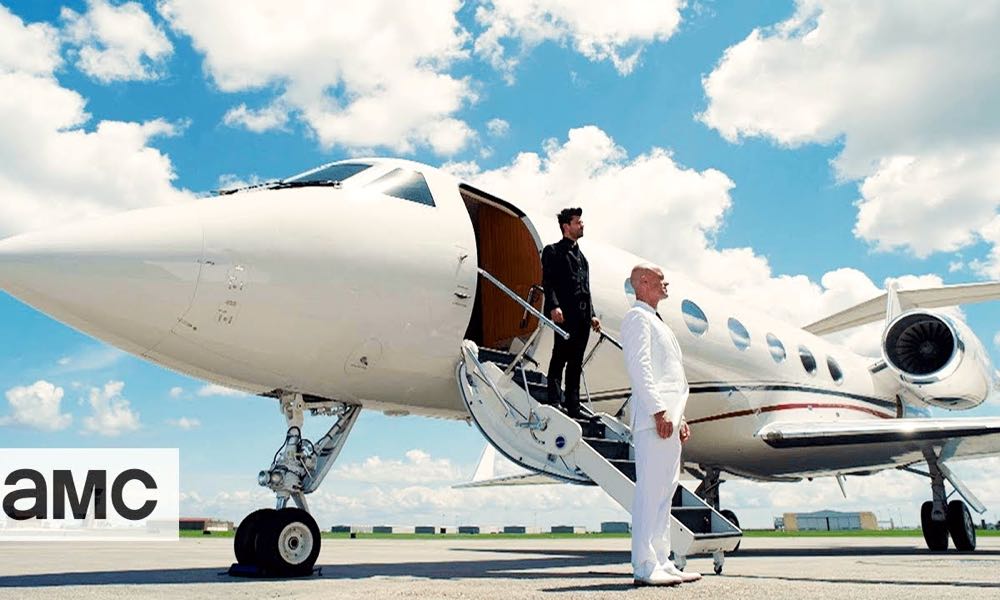 The season finale of Preacher impressed me mostly as surreal it had a dream like quality right up to its surprising conclusion. The episode was fragments of a dream that seemed like disjointed parts of a facsimile of reality and not the real thing somehow. The pacing seemed off too, which may have contributed to its dream-like quality. All I know is everything seemed off to me for some reason the entire episode.

The End Of The Road had a lot of major developments, and some major surprises, some of which ended up as cliffhangers. That is if there is another season of the series following this one. No official announcement regarding the decision if we will see another season of the show yet. We were led to believe throughout the episode the gang was still planning on splitting up barring intervention by the unknown. Jesse in his new calling as the messiah and the others off to the Carribean. But you know what they say about plans; this time was no exception.

The episode begins with a flashback of an early teenaged Jesse dressed in a white suit (he resembles a junior edition of a Grail member) greeting visitors to what seems to be an attraction for the superstitious and gullible that provides psychic and spiritual guidance (for a price of course) dubbed Angelville. It looks like the elderly woman who was having him submerged in the box in the last episode is in charge of this operation designed to fleece people of their money and Jesse is the doorman. There’s an odd event involving an annoying chicken.

When Jesse has had enough of the bird that can’t seem to get enough of him, he stomps on it apparently killing it. He’s shown leaving his post for the first time, running through the compound of buildings until he enters a dark room where his creepy Grandmother is seated and then putting the dead bird on a table near her. She reminds him that everything comes with a price as the scene ends This didn’t make much sense to me until later in the show when he returns to the place, and we see what looks like the same chicken alive and well.

Back in the present, we find Arseface and Hitler emerging from a metal hatch in the ground out into freedom. The escape seems to be a success until the show reveals there’s one more hurdle in the process. Arseface has to catch a boat that leads to freedom in a situation reminiscent of the river Styx of Greek legends. At that point, Hitler bids him farewell. Hitler is elated because he finally did something good by helping Arseface escape but feels like he can never atone for his sins and doesn’t deserve freedom from hell. Arseface convinces him he should join him and so he does.

Later we find them on a bus changed into civilian clothes and both seem pretty cheerful to be out of hell, After exiting the bus, Hitler suddenly panics and runs right out into traffic where he gets hit by a passing car. He recovers and continues to panic and behave hysterically half running, half limping away until he disappears into a nearby alley. Arseface shrugs his shoulders and walks away down the street. There was no clue what suddenly got into Hitler or explanation of what set him off or what happened to him afterward. It was a puzzler.

Elsewhere, we join Jesse and Herr Starr in the present preparing for a demonstration of his abilities in front of a classroom full of children. It soon becomes apparent Starr sees Jesse’s skills as a show to be marketed like professional wrestling or the freak show at a carnival. Before Jesse has a chance to begin, a group of menacing armed thugs arrives and threaten to shoot up the place. Jesse responds by trying the Word and telling them to drop their weapons, but for some reason, it doesn’t work. He takes matters into his hands and commences a good old fashion ass whooping on them and beats them all up. Starr hire the men as part of a plan he cooked up to demonstrate Jesse’s powers

Jesse is growing frustrated and disenchanted with Starr’s approach to exploiting the Word and selling Jesse as the new messiah. His ideas are not to Jesse’s liking and for good reason, Starr seems clueless how to go about what he’s trying to accomplish. Jesse finally gives up on him and leaves.

Back at Denis apartment building the grail Agents are packing up and preparing to leave. Down the hall, Cassidy is despondent and smoking crack. he has a sexual fantasy about Tulip in which he turns evil and rips her throat out. Denis enters the room and seems eager to reclaim the dog Cassidy took from him and Cassidy suddenly shoves Denis out of the window in the sunlight, Denis tries to reenter but Cassidy stops him from getting back in. Just like that, Denis is dead from exposure to the sun. Cassidy. it seems,  suddenly realized he was getting dragged down into Denis’ inclination to be evil. Denis was a monster and since Cassidy created him he seemed to finally realize he had to take responsibility for him and end his evil son’s ways.

We next see Tulip on the floor of Denis’ apartment. She’s hurt bad and having difficulty breathing. Cassidy is left with the decision of what to do and is about to bite her to save her life when Jesse suddenly bursts into the room. and pulls Cassidy off of her, They begin to fight and Jesse is dead set against Cassidy’s solution. while they struggle, Tulip lays dying a few feet away. Jesse tries the Word but for some reason it’s ineffective.

The next scene is Jesse and Cassidy racing along in their car. Tulip is dead in the back seat. So sad, it’s hard to accept Tulip is dead. The car turns and speeds down a dirt road between two rows of trees and it’s suddenly clear Jesse is taking Tulp to Grandma’s place. The chicken from years ago is there as the car recedes down the road. Suddenly it seems there is the possibility that creepy Grandma can help somehow. Does she hold the secret of resurrection? All of a sudden I start thinking along the lines of Pet Cemetary. Tulip is going to be mighty cranky if she comes back.

There is one final scene of a room where the man-dog costume is hanging on a coat rack the camera pans to a door way which opens and reveals a blinding light. I guess it’s safe to assume that’s God after taking a shower?

So, like I said an eventful episode that leaves us in suspense about what might happen next. Hell of a cliffhanger. One thing’s for sure next season, if it happens is going to look a lot different. This show is really good at making it seem like just another day and then suddenly slamming you with a reminder that we are not in Kansas anymore. Good stuff, disturbing and darkly amusing.