Preacher Review: On The Road 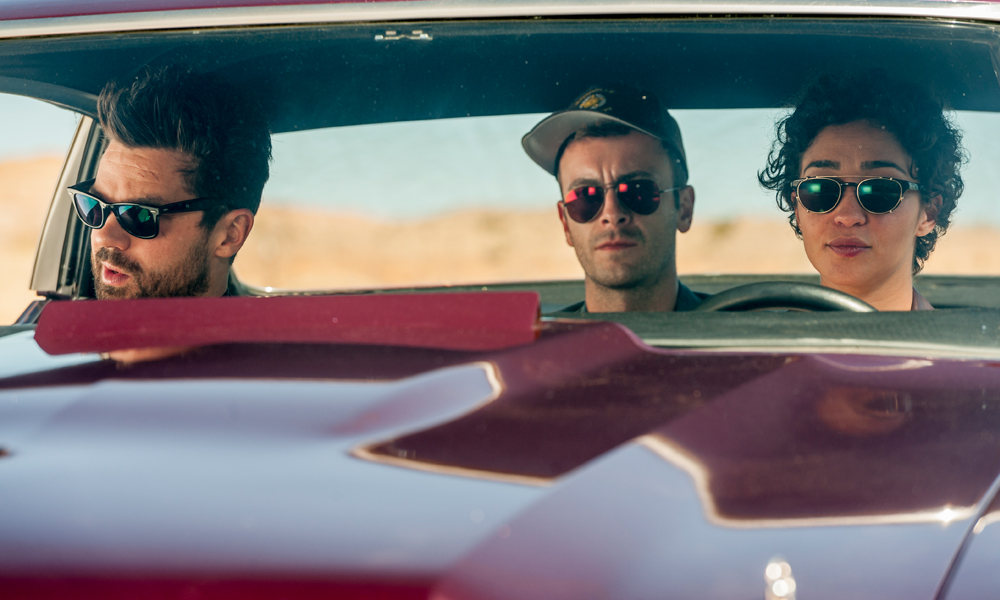 The season premiere started off with a bang and reminded us of all the things we love about this series.

Preacher is what you might call a quirky series; the show has unique qualities that are all its own. You could also call it graphically violent, irreverent, sexy, freaky fantastical fun. It still wouldn’t entirely capture everything this series does in its weekly romp through telling its unique brand of stories based on a reality that’s somewhat similar to our own but that we are only allowed to visit as tourists.

I can only say I’m glad its back, but be forewarned some disconcerting images are a regular feature of this series. I had forgotten since watching last season just how disturbing this show’s content can be. The series is rated TV-MA for a reason. I am not normally a fan of over the top graphically portrayed depictions of just how much damage physical violence can do to the human body. I’m a fan of leaving some things to the imagination, but it didn’t stop me from watching the whole season last year, and I doubt it will prevent me from watching Season 2. Consider yourself warned.

The Season 2 premiere of Preacher starts off just where season 1 left off, as Jessie, Tulip, and Cassidy hit the road in search of God while stalked by a killer cowboy from hell. We learned at the end of last season when Jesse used the angel phone that God is MIA, and they have decided to find him. From what I understand the first season of the series was devoted to developing the characters and did not follow the source material, but season two’s road trip adheres to it much more carefully. The first season suffered from the fact that it was limited to the small Texas town, but snow that they have hit the road, the expanded context offers the opportunity to incorporate new characters and situations.

“On The Road” starts out just like it describes with Tulip at the wheel of her muscle car doing a leisurely 97 miles per hour which attract the attention of a state trooper driving in the opposite direction. He does an 180-degree turn and tries to pull them over but after a brief discussion the trio decides to run for it, and a car chase ensues.  Suddenly the whole appearance of the show shifts and it looks like an old Burt Reynolds’ Smokey and the Bandit movie. Tulip’s expert driving is up to the challenge, and they manage to escape their pursuers, only to run out of gas moments later. The troopers are not happy and belligerently set about preparing to arrest them. Things get complicated by Cassidy’s being allergic to the sun, and things go downhill from there as Jesse decides to use the power bestowed on him by the mysterious non-corporeal entity that is in him they refer to as Genesis.

He begins giving orders to the troopers, abusing his ability by having them do embarrassing things. Oddly its Tulip that is the voice of reason here. Last season it seemed like she was the one that Jesse was always trying to rein in, but now it seems there’s some role reversal going on.While Jesse has them doing various silly things  Cassidy is finding it increasingly difficult to evade exposure to the sunlight. 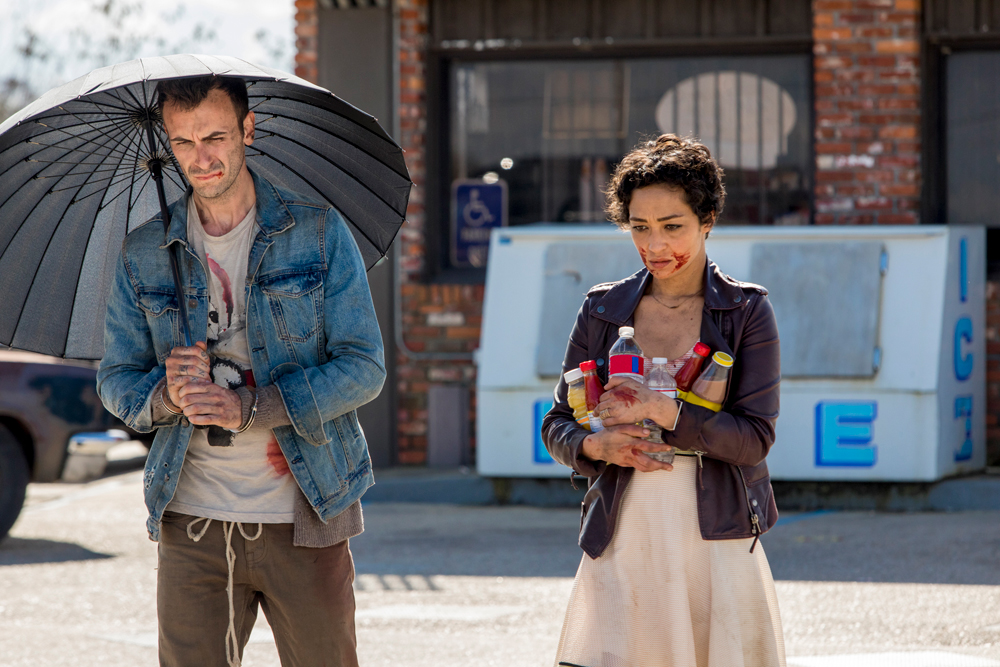 While all this is going on some unseen assailant opens fire on them, and bedlam ensues. Suddenly it’s a war zone. Part of the head of one trooper disappears in a bloody explosion as everyone tries to take cover. Whatever the weapon is it seems to be a deadly serious one. Some of the shots appear to be coming from a small cannon or artillery of some kind and whatever the bullets hit shows considerable damage. They are under attack by the Saint of Killers, and he’s not fooling around. It’s not long before all the troopers are dead while the three travelers somehow manage to escape.

Soon after the trio is shown arriving at a remote gas station, and the owner gets freaked out at their appearance. He’s threatening to call the cops, but Jesse uses Genesis on him, so he acts like he doesn’t even notice they are there. The Saint arrives not long after they leave and when the owner doesn’t tell him what he wants to know he rips his tongue out by the roots. It seems he has a power similar to Jesse’s because the gas station owner does what he tells him to do just because he says so.

Jesse and the others visit a Reverend he knows, and he provides them with shelter and a tip to visit a woman he knows who might be able to help them achieve their goal. Again the saint arrives not far behind them, but this time the Reverend kills himself before the Saint can get any information.

The trio visits the strip club where the woman works whose name they have, but things go sideways when she is accidentally shot by her bouncer when he gets in a struggle with Cassidy. She tells him God visited the club for the jazz and warns Jesse before she dies that what he is looking for will scare him so bad he will shit himself. They leave before the cops arrive and get a couple of rooms at a motel. Tulip is happy because she finally gets some privacy with Jesse and they put it to good use in a hot sex scene while Cassidy listens to their activity through the wall.

Later Jesse wakes up and goes out for a smoke. He suddenly sees a dark figure approaching in the surrounding darkness, and he orders the character to stop using his Genesis voice, but it has no effect. The figure continues to approach until he can make out it’s the Saint who draws his gun and aims it at the preacher. That’s where the episode ends. Cliffhanger much? 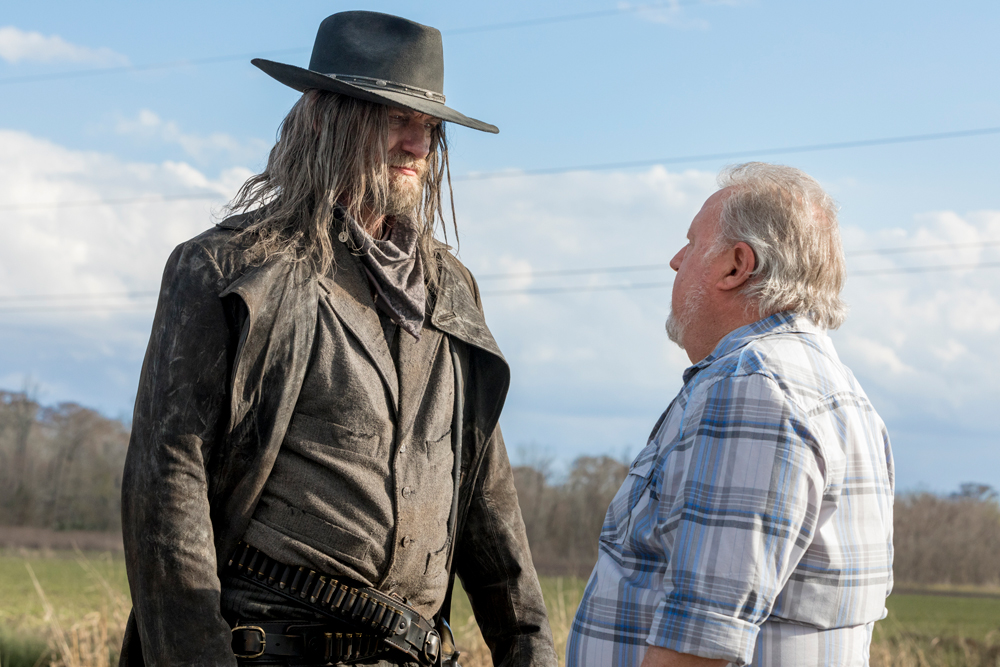 It seems that wherever they go Jessie, Tulip and Cassidy leave a wake of death and destruction behind them. It looks like that going to be par for the course this season. The show does an excellent job portraying the Saint of Killers he is an imposing figure dressed in dark clothing, but more than that he seems to shrouded in a personal pocket of darkness that follows him around. It all sounds pretty depressing, dark and dire and it is, but it somehow manages to be entertaining as hell and even fun sometimes.

I think that’s mostly due to the cast being a likable one and having a lot of appeal. Also, the show is a visual treat and situations are just off the wall enough to be oddly enjoyable. Okay, so maybe I have a perverted sense of humor and find death and destruction amusing so sue me.