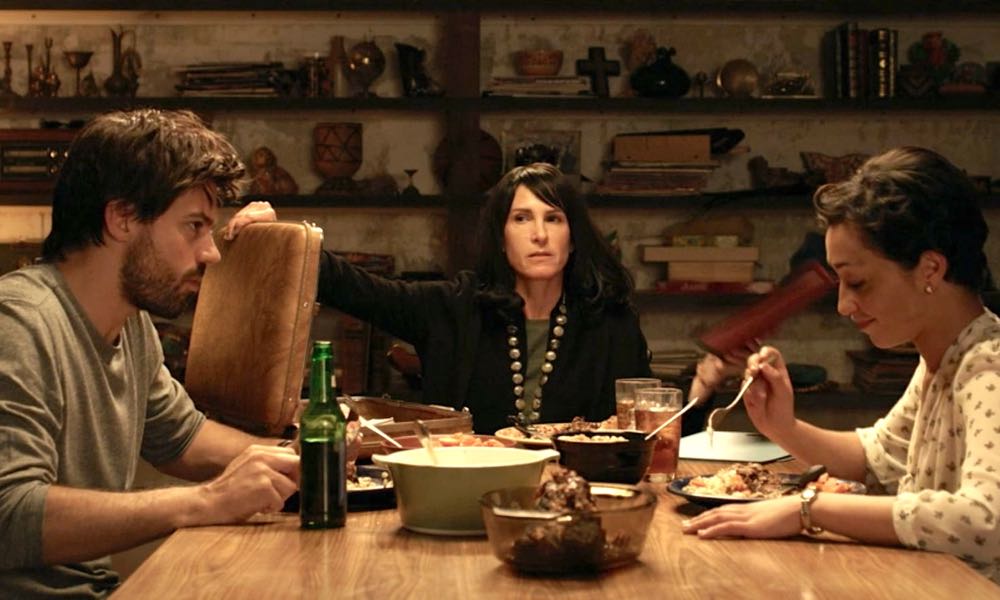 Believe it or not; Preacher is a love story. It’s not all that complicated, but the style of the show makes it seem that way sometimes.

I had a couple of insights regarding Preacher tonight. One was at its heart Preacher is a love story. The legend of Jessie and Tulip has the same DNA as a Greek myth and is no less epic in its meaning. The second is, this series is all about style. While it deals with the same sorts of subject matter as the before mentioned myths, the archetypes of the human condition, it tells simple stories that appear more complex because they are so wrapped up in style.

Tonight’s episode was more or less an origin story. Dallas filled in a lot of the blanks about what went down in the series’ narrative before bringing us onboard. It helped a lot to fill out the picture of what the series has shared with us so far, while at the same time bringing us up to date. Eugene’s adventures in hell were not part of this week’s edition, and the Saint of Killers didn’t make an appearance until the end.

Preacher is the story of a relationship; a relationship with hellish implications that seems doomed to end badly. We join Jesse and Tulip earlier living in Dallas, and several things are clear. Jesse is not happy, his eyes are lifeless, and he spends all day drinking beer and watching crappy TV with a deadbeat acquaintance Reggie (Robbie Tann). This is a moment in their relationship that everything that follows hinges on and a clear indication that something’s got to give.

Unsurprisingly, Tulip is one of the most dishonest people ever created, not just about little stuff but about the important things too. Like being on board with Jesse about getting away from the lifestyle of a career criminal, having a regular job, and wanting to get pregnant. It’s a miserable excuse for a life because it’s all based on lies on both of their parts. The show does an excellent job of capturing these less than pleasant circumstances in the form of a collage. A series of images capture the monotonous and uninspired morass their life has become. The sequence includes Reggie tearing up bible pages to roll cigarettes out of, the pair only going through the motions and mechanically having sex, visits to the local corner market for beer and pregnancy tests, and shots of John Wayne on TV.

Amusingly, we also learn that Tulip never could cook. She comes home from ‘work’ at one point and announces she’s going to make peanut butter pot roast; a queasy inducing notion if there ever was one, and this exotic dish when prepared by her somehow miraculously only takes a half hour to cook.

A woman Danni (Julie Dretzin) is seen attempting to cut a bite of this inedible creation later as they sit talking during the meal. Danni it seems is their former employer/employment broker who until recently kept them supplied with felonious jobs as a way to make a living. While they talk, Danni tries to offer them the job of killing her husband which Tulip adamantly refuses to do. The reason they no longer work for Danni is that Jesse wants to go straight.

We learn all this in the aftermath of Jesse invading Viktor’s home and learning the truth about the relationship of Viktor and  Tulip. Jesse rigs up Viktor in his harness in the torture room while he decides to kill him or not. In fact, the entire episode is mostly about Jesse’s decision of what to do with this guy. Viktor for his part remains constant in the face of adversity; He refers to Jesse as Asshole the entire time never softening his tone in hopes of a more compassionate outcome of his dire circumstances. He remains defiant,  an admirable feat.

Cassidy has a moment when he visits Jesse at Viktor’s before he decides Viktor’s fate. Jesse is harsh in his appraisal of Cassidy who does value the friendship of both Jesse and Tulip but always seems to muck things up. He stops by to tell Jesse he’s with him no matter what he decides to do with Viktor.

Long story short Jesse chooses not to kill Viktor, but later that evening The Saint of Killers shows up at his home looking for Jesse and kills Viktor himself. Viktor’s daughter Allie (Stella Allen), who was hiding in a closet when The Saint murdered her father, volunteers to give the Saint the information he seeks. She knows Jesse’s location because she spent the day at  Dennis’ earlier because Tulip took her there with her.

Dallas was an engaging episode that served well as a device to clarify a lot of things about the narrative that also helped fill a lot of gaps in the story. It was also a good reminder to take action of some sort when it feels like you are not on the right path and need to do something about it.