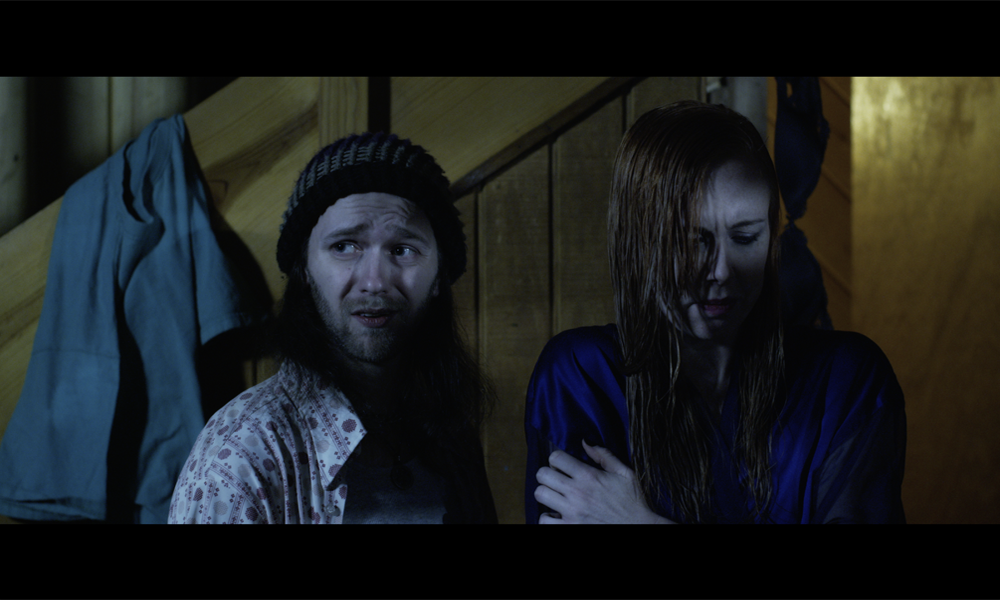 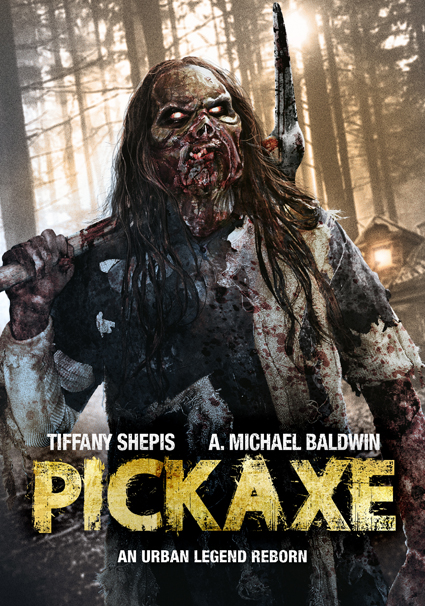 described as a family video, but that’s a close approximation.  Beyond the extremes of sexual content and gore this is amateur class acting, special effects, music, editing, directing you could easily see being some kind inside joke shared amongst a film class or a group of friends. Everyone is clearly having a great time going through the motions of a generic horror flick here so its hard to fault them…apart from one thing. I had to watch it too.

Pickaxe is the sequel to another film by the same team called The Pick-Axe Murders Part III: The Final Chapter, at least according to IMDB. This film’s title, along with the fact that it HAS a sequel, seems to imply the series would be broadly satirical spoofs of the slasher genre. They’re not, at least Pickaxe isn’t exclusively. I couldn’t find much information on the original film but it seems similar in tone and production budget. These aren’t laugh-a-minute goofs at the expense of tropes and cliches (although there’s some pretty clear comedy beats) so much as they are surprisingly earnest attempts to completely recreate a masked killer chasing teens movie.

This would be more commendable if the team stuck to their guns and poured full effort into a recreation. Either that or they decided to go all in on the parody side of things. Pickaxe is trapped in a purgatory between intentionally over-the-top and unintentionally rough. Fans will embrace or see past the seams in the logic and production, but for me at least this uneasy pairing wasn’t very stable.

Case in point. We’ve got the drunken pleasure seeking teens (or approximations of teens) wandering off into the woods to get picked off (cough) by Alex Black, a notorious and widely acknowledged-to-be supernatural murderer. Alex likes to puncture people with a pickaxe, true, but he doesn’t seem to mind crushing heads, ripping off limbs, or just breaking necks if that’s more expedient. The killer is a cameo in his own film, preferring to jump out of the shadows and butcher someone before disappearing again at odd junctures. A majority of the film is drunk, high, horny kids bickering. So far so boilerplate.

Pickaxe is paced like a legitimately bad slasher movie. There are sections that drag like a plough featuring pretty rocky performers monologuing about depression or relationship woes. It’s not funny. It seems more like someone practicing dramatic improvisation. There’s extended sequences of graphic sex which seems weird for a parody too, or even a slasher film which tend to titillate with brief glimpses or suggestions. Pickaxe, from the kills to the chests of the female cast, leaves nothing to the imagination.

Then there’s the broader interludes. If Pickaxe is a parody the actual jokes feel completely out of place. A pot-smoking teacher, a guy challenging Pickaxe to a punch up for no reason, one baffling sequence in which a potential victim seems more annoyed than frightened: they’re few, far between, but so cartoonish it contrasts with the splatter, drawn out character moments, and sequences that were clearly never intended to be nearly as sloppy as they turned out (a pulling-out-the-heart scene is just embarrassing).

It all feels blunt-force, clumsy, but at the very least it comes across as a sincere love of filmmaking as a concept and horror as a lifestyle. This is why I’m not angry about the shaky acting, bad effects (a lot of jiggly rubber pickaxe blades) and weird combo of jokes that don’t land and scares that don’t frighten. There’s no guile here.

But there isn’t a lot of aptitude either.
If you see Pickaxe you’re see a bunch of comrades in arms with a handful of resources and some quality technology (the cameras are crisp and the lighting is nice anyway) making a bad horror film, and everything that entails.
They succeeded, for better or for worse.