Phantasm: Ravager is the fifth installment in the horror/sci-fi franchise and described to be the final installment. Don’t bet the house on that. The series, which began way back in 1979 (and which this writer saw at the drive-in as a young teen) has spanned a whopping 37 years. It has been 18 years since the last film Phantasm IV: Oblivion so if the events are not fresh in your mind, don’t beat yourself up too much. I had to go back and give myself a refresher course. 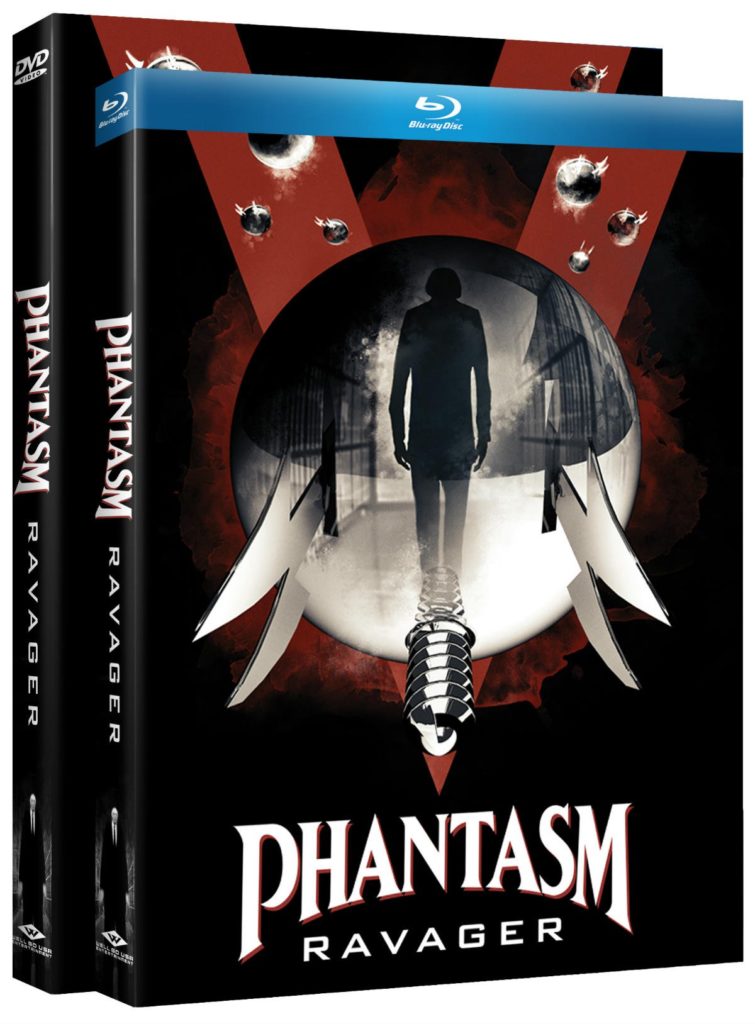 The film opens with hero Reggie Bannister, Ice Cream Man turned monster fighter, in the desert where we last saw him. He’s on the trail of the villainous “Tall Man” (again played by Angus Scrimm in his final performance) and searching for his friend Mike. Reggie provides a short synopsis of the events of the films so even if you haven’t seen the previous entries in the series you are not completely lost…that comes later.

Ravager is directed by David Hartman, and it is the first in the series that wasn’t directed by creator Don Coscarelli who instead serves as producer and co-writer. The Phantasm films have always been on the surreal side, combining elements of horror, science fiction, fantasy, and bits of comedy, usually at Reggie’s expense. This time out, however, Hartman turns the series completely inside-out as the convoluted story runs through various realities/timelines/dreams. Honestly, it’s hard to tell which is most accurate.

As Reggie tries to locate the Tall Man he suddenly awakes to find himself as a patient in a mental hospital. Mike, now a middle-aged man himself visits, revealing that Reggie is suffering from dementia. Reggie then finds himself in a future timeline where The Tall Man and his minions have taken over the Earth and Mike leads a band of freedom fighters. The film shifts quickly back and forth between all three timelines or dreams, leaving it up to the viewer to try and decide which of them is the true reality.

Despite the insistence that Ravager is the final film in the series as well as the fact that Scrimm passed away in 2016, the film is left open-ended and it would not surprise me in the least to see a new film in the franchise at some point, although it might take a rebooted cast.

Ravager was reportedly made for a mere $300,000, the same amount it took to make the first film in 1979. On one hand that is a little hard to believe and yet the film makes ample use of flashbacks from the previous films as obvious filler. It is clear that Scrimm wasn’t well during the shooting and his scenes are few and short and he does nothing remotely physical. He is actually more sad than scary at this point.

Phantasm: Ravager doesn’t provide the final closure that fans of the franchise were hoping for but it was one last chance to see all of the original cast members together even if it was in a convoluted patchwork of a film