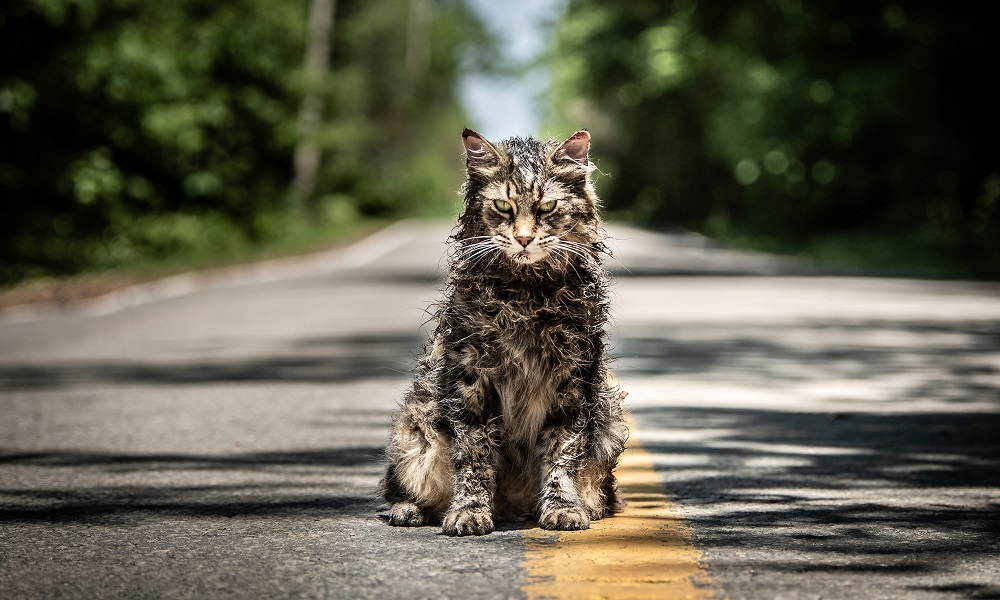 Stephen King is hot again, thanks to the success of 2017’s It and Hulu’s recent Castle Rock series, and that means inevitable remakes of his already widely adapted canon. But those previous two efforts set a standard that may prove distressingly difficult to reach. Case in point: the new version of Pet Sematary, which skates by for basic competence, yet can’t do anything with the very prominent changes it seems so inexplicably proud of. It serves up some technically adept chills – enough to generate a little box office from the undemanding – but its movie-by-committee nature struggles to do anything more.

The story itself ranks as one of King’s most frightening, with an ending so dark that the author himself was purportedly reluctant to finish it. Mary Lambert’s 1989 film adaptation stuck close to the novel and remains deeply underrated, though it never achieved the kind of iconic status enjoyed by De Palma’s Carrie or Kubrick’s The Shining.

That gives the new filmmakers some wiggle room: allowing them to depart from the original narrative and see where it takes them. Sadly, the answer appears to be “not much,” though directors Kevin Kolsch and Dennis Widmyer find a nice spooky atmosphere to start things off. Dr. Louis Creed (Jason Clarke) moves his young family out to the Maine countryside to stat a new job. The nearby woods holds a children’s pet cemetery, which unsettles his young daughter Ellie (Jete Laurence) but seems to be a teaching moment about death and loss. Naturally that’s not the end of it: something dark and tainted rests in the land beyond the graveyard, and what begins as a well-meaning effort to protect a child from harsh truths turns into… well, the movie’s tagline sums it up.

The early scenes work well enough, and the film’s technical polish guarantees a few scares. The problems arise when it deviates from the original storyline, and more specifically, what it loses in the bargain. Every remake needs to stretch its wings in this manner, and in the best cases can deliver a fresh, new vision on a very familiar story. Pet Sematary commits to the notion without quite knowing where to go with it. It skates by with hand waving and promises of a wild finish, but as it veers further and further from the novel to no appreciable end, things go badly off course.

A big part of the problem lies in the way it winks madly at the audience every time it defies our expectations. In the process, it badly overplays its hand. It singles out moments that fans of the story probably know, but which haven’t attained the kind of pop culture resonance this new version leans on way too heavily. One early example entails the parade of children in animal masks marching through the woods. It’s a strong, creepy image, and it touches on that notion of dark pagan forces. But the film never develops the concept, reducing what could have been a brilliant avenue of exploration to an empty riff on The Wicker Man.

That flimsiness grows worse as Pet Sematary shifts into high gear, and what started as a decent little spook story goes flying off the rails in the last ten minutes. The final twist attempts to one-up King in the nihilism department, and in the process betrays a fundamental misunderstanding of the book’s terrible wisdom. It concentrates on the nature of its supernatural menace (which covers depressingly well-traveled ground) and ignores the much deeper question of how grief could drive moral characters to enable such weakness. The character in the book keep hoping against hope that this time will be different, that maybe they can beat the rigged house even though they know it won’t.  The finale fails to acknowledge that, devolving into cheap shock tactics and an ugly streak of sadism. Indeed, in retrospect, many of the film’s changes work solely to serve its smugly cruel ending, turning all its acrobatic turns into a cheap sucker punch.

Horror is often a question of technique, and the best King adaptations make prime use of nuts-and-bolts shocks. But King’s real secret is understanding human nature, and how even the noblest emotion can destroy us if we let it. That’s part of what makes Pet Sematary such a terrifying novel, and the ’89 movie such an underappreciated gem. The new version tries hard to escape their shadow, and in the process, loses sight of what they told us. Resolute competence comes as a matter of course with studio productions like this. The material, unfortunately, deserves – and has already received – a hell of a lot better.