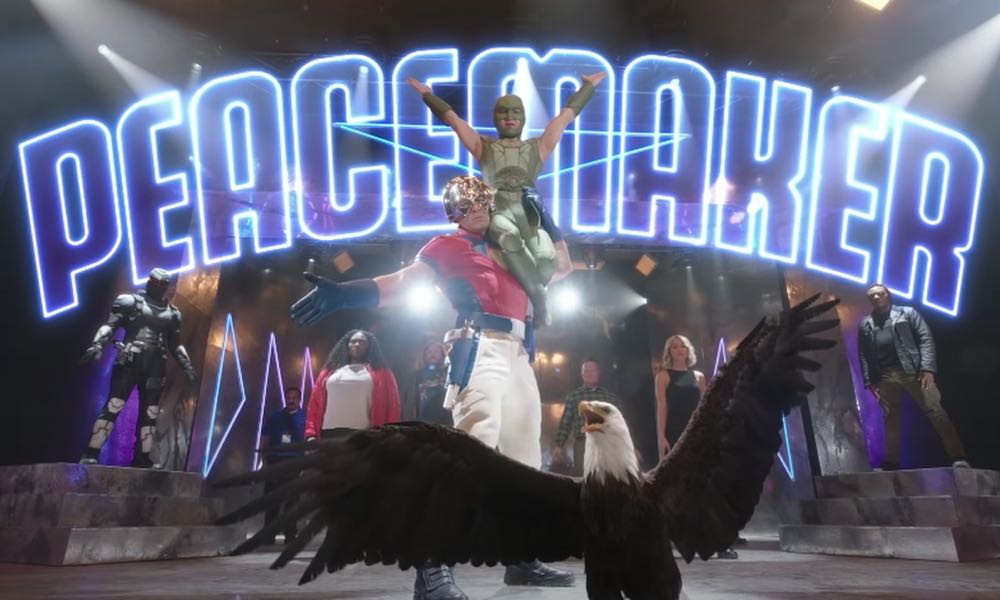 Okay, I admit it, I watch almost anything on TV. Short of soap operas and sitcoms that is, but sometimes stuff gets disguised so well as something else, sometimes it’s hard to tell. That happens a lot in genre productions, which on the surface seem to be legitimate science fiction, but turn out to be something else entirely, or at best a mixture of melodrama and sci-fi. That is not the case with Peacemaker, James Gunn’s take on the crime-fighting vigilante sub-genre. Based on The DC character that appeared in his film The Suicide Squad (2021), the two creations combined might spell redemption for productions that feature characters from DC, and the first two that are pretty much universally accepted as good.

Anyhow, in case you haven’t figured it out already, after watching the first four episodes of Peacemaker, I feel compelled to tell everyone just how enjoyable, and amusing this new series is, and how it’s like a breath of fresh air in a sub-genre in the need of exactly that.  Even though he has no superpowers, technically this is part of the superhero comics-based genre that, shall we say, unlocking the code for success has been somewhat elusive for DC. The fact is Peacemaker may be one of the most unique, enjoyable, and amusing series, of any kind, I have seen in a while, and I hope it can keep it up because they sure got off on the right foot. This is an unusual series, each episode begins with a nice and memorable touch that helps set the tone. The main cast doing some sort of neanderthal primitive style choreography during the opening credits letting you know you are in for some weird fun.

I was very skeptical about this series because of its leading man, John Cena, the latest in a series of pro wrestlers that have attempted to transfers their success in the ring to the silver screen. Actually, in this Cena’s not bad, obviously, he’s been working on his technique and it shows. He’s way less wooden than he was and is actually showing signs of having some actual acting chops these days. So, for the moment anyway, my skepticism has gotten quieted. Although, on the surface, he seems pretty simple and straight-forward, Peacemaker is a little more complicated than that. He’s aware of his shortcomings socially and otherwise and that he is kind of a misfit racist loser, and even though the show doesn’t dwell on it, there’s evidence of an identity crisis in play. Allegorically, it occurs to me Peacemaker could represent the entire male part of the caucasian race.

Cena portrays the titular character, a not real bright, violent, racist, gun-loving, outspoken, and opinionated man with no filters, and says whatever is on his mind. He’s the exact opposite of politically correct which depending on your taste makes for some very amusing moments. While this is not exactly an origin story, we do get a lot of background on the character and how he got to be this way.

This is a fast-paced ensemble production where smart, funny, often rude, and crude language dialogue is king, The diverse (of course) cast is very appealing and includes an animatronic eagle with no obvious miscues in evidence

Not familiar with this title? Peacemaker is an American television series created by James Gunn for the streaming service HBO Max, based on the DC Comics character Peacemaker. It is the first DC Extended Universe (DCEU) television series and a spin-off from the 2021 film The Suicide Squad. Set after the events of the film, the series follows jingoistic killer Christopher Smith / Peacemaker as he joins “Project Butterfly”, a black ops squad that targets extra-terrestrial parasitic butterfly-like creatures. The series is produced by The Safran Company and Troll Court Entertainment in association with Warner Bros. Television, with Gunn serving as showrunner.