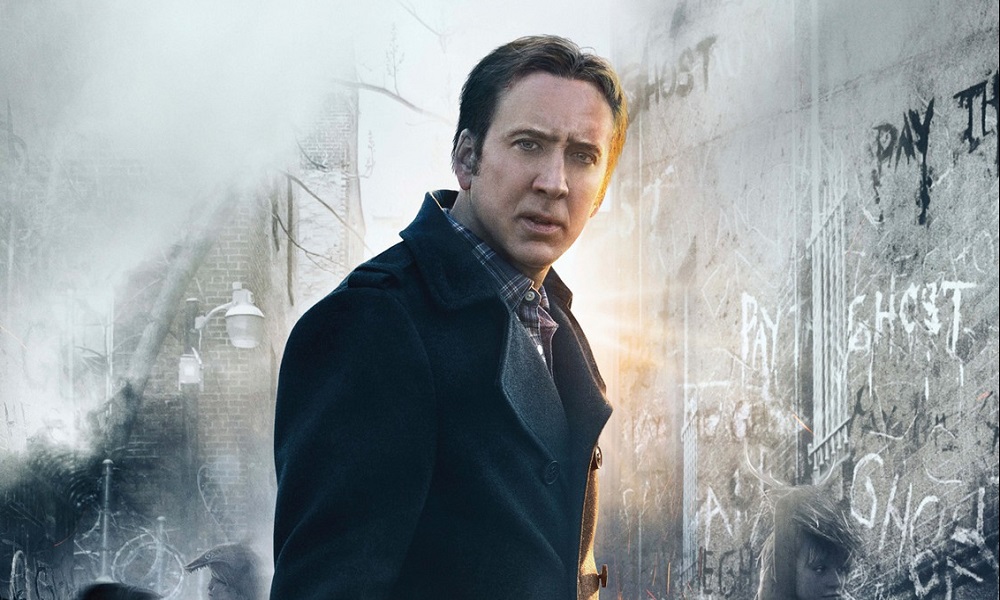 Pay the Ghost is a supernatural mystery based upon the short story of the same name by horror writer supreme, Tim Lebbon. Nic Cage stars as Mike Lawford, a professor who lives in New York City with his wife Kristen (Callies) and young son, Charlie. While visiting a neighborhood carnival on Halloween night, Mike suffers every parent’s worst nightmare when his son goes missing. 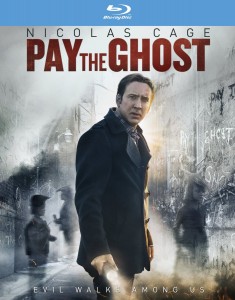 Nearly a year later, Mike is estranged from his wife who blames him for not protecting their son. Mike thinks he sees his son on a passing bus and chases it down but finds no trace of Charlie. He sees the words “Pay the Ghost” painted on the side of a rundown building.  Those were the same cryptic words that Charlie uttered just before he disappeared.  Entering, he finds a number of homeless people living there and hears the mournful wails of a woman which terrifies the homeless. A strange blind man explains that the screams are heard every year around Halloween.

Both Mike and Kristen begin to experience other strange phenomena as Halloween draws closer.  With the police providing little help in locating his son, Mike begins to conduct his own investigation and finds that a series of children have disappeared over the years on Halloween night, never to be seen again.  This eventually leads Mike to discover a mystery involving witchcraft and Celtic legends that dates back nearly 350 years to one of the earliest settlements in New York.

Once one of Hollywood’s biggest and highest paid stars, Nicolas Cage has found himself in recent years starring in films that have had very limited theatrical releases or direct-to-video. His films over the past five years have been a mixed bag with some exceptional ones like “Frozen Ground” and “The Runner” and some awful ones like “Outcast” and “Rage”. Cage is best when he’s not chewing every bit of scenery around him and Director Uli Edel keeps the reins tight for the most part. Cage still isn’t the most effective actor in the world when it comes to conveying powerful emotions such as those you would feel when losing a child but his performance is at least understated.

Sarah Wayne Callies is best known for playing Lori Grimes on the first few seasons of the Walking Dead and hers is very much a “Lori” performance in that she always needs to outdo everyone else in emotional distress. Apparently that wasn’t unique to the Walking Dead as she is just as annoying in Pay the Ghost.

Outside of the lukewarm performances Lebbon’s story is what keeps your interest. The mystery aspect of the ghost’s motivation gives this a boost up the ladder when compared to similar supernatural films. The Halloween tie-in helps make it a good film for the season even though it was curiously released by Image Entertainment 10 days after the holiday. The film is unrated but consider it PG-13. There is some minor gore and violence but nothing too extreme.