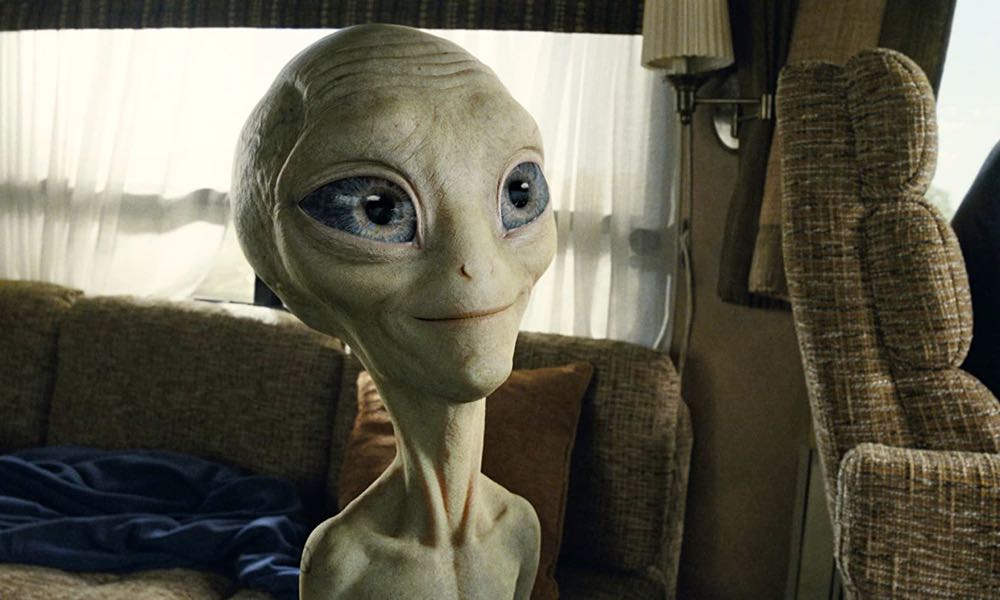 Revisiting Paul, the movie, last night, I enjoyed an increased appreciation for what a singular and unique blend of ingredients this film represents. Paul is a production that works on several levels. This film works well as a standard buddy road trip, while also developing into a 21st-century stoner comedy. Paul, like Galaxy Quest, is a love letter to science fiction movies and television and to the fans that love them. The film’s premise of two sci-fi nerds on a sentimental nerd journey makes a delightful basis for a story in a movie filled with references and nods to the great sci-fi TV shows and movies we all love.

Admittedly, I am a fan of the British institution that is Simon Pegg and Nick Frost; I generally enjoy pretty much everything I have seen them appear in together, which is likely boosting and influencing my opinion of this movie. Their obvious enjoyment of spending time in each other’s company shines through in this film and adds to the film’s enjoyability. This film’s narrative is not just a story about two friends on an eventful nerd odyssey; it’s a production that captures an actual friendship on film. These two guys love each other like brothers. The wide-eyed, nerdy innocence of the film’s two main characters helps boost this movie’s charm.

Don’t remember this one? Paul is a 2011 science fiction buddy/road trip comedy directed by Greg Mottola from a screenplay by Simon Pegg and Nick Frost. Starring Pegg and Frost, along with the voice and motion capture of Seth Rogen. Paul is a British-American production. This film does employ an impressive and noteworthy, almost seamless integration of CGI and live-action.

The film’s premise is a simple one, Graeme and Clive (Simon Pegg and Nick Frost) play two overage fanboys from England that excitedly embark on their dream trip to America. Their destination: Comic-Con in San Diego, and then they plan to rent an RV and tour such American landmarks as Roswell, N.M., where (as we all know) a flying saucer landed years ago, and the event has gotten covered up ever since, becoming famous for allegedly being covered up. As you might expect, things don’t go exactly as planned, and their enjoyable road trip gets hijacked by e new mission after they meet an actual alien that needs their help, turning their road trip into the adventure of a lifetime.

Paul boasts a stellar cast that helps elevate this material and pushes this film into the territory of an instant classic. They include Jason Bateman as scary Special Agent Lorenzo Zoll, Kristen Wiig is hilarious as intelligent design advocate Ruth Buggs who discovers the joy of swearing for the first time, and develops a romantic relationship with Pegg’s Graeme Willy. Bill Hader and  Joe Lo Truglio contribute as a  pair of clueless FBI agents. Also, Blythe Danner appears as the now aging little girl who first saved Paul when he crashed landed many years earlier. The film also includes a surprise appearance by the queen of science fiction herself, Sigourney Weaver, as the heartless homicidal woman in charge known as ‘The Big Guy.’

While Paul does not represent a milestone in science fiction movies, it is a thoroughly enjoyable comedy and tribute to the science fiction productions in films and television we all love and enjoy.