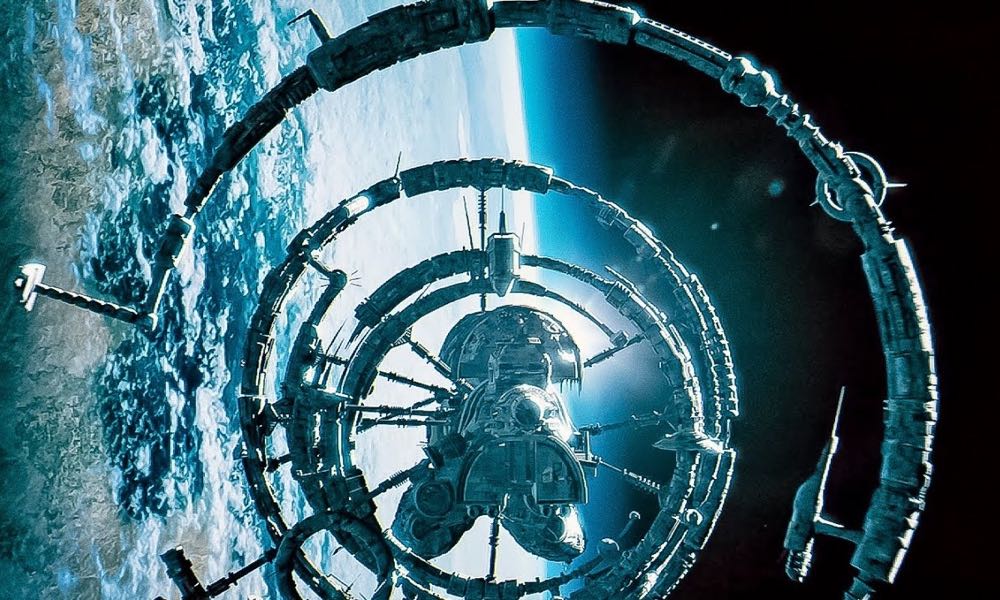 What is the meaning of the word Pandorum, the word this movie uses for a title? As far as I could figure out after watching this exercise in madness and horror is that it’s a form of space madness brought on by extended off-world travel. Space madness plays a significant role in this film’s narrative. Everything in this film, it turns out, is in service to Pandorum’s agenda to depict a real-life nightmare for the movie’s characters abords a massive generational ship. The film’s story goes out of its way to make life as unpleasant as possible for its unfortunate victims.

Pandorum, the film, wastes no time in setting the tone for its story while at the same time introducing us to the generational ship   Elysium and its two main characters that can’t seem to remember much about the circumstances that landed them in this situation beyond who they are. The film gets right down to the business of making life for its characters as unpleasant as possible and throws a lot of standard horror movie stuff at the viewer eight away. Things like constantly flickering lights and poorly lit, claustrophobic environs, and unexplained sounds that would make anyone paranoid under the best of circumstances. These phenomena are all to set the stage for what follows. To enhance the degree of discomfort for its characters, they are depicted as sweaty and covered in greasy dirt.

As the story develops, the two crew members decide to separate. The narrative splits in two with storylines that parallel and play off of each other, with one exploring the ship hopefully to make repairs and find answers to the multitude of mysteries and the accompanying questions. This exploration soon reveals the vessel is not as empty and lifeless as it initially seemed. More characters get introduced along the way, including some powerful, feral, flesh-eating creatures that turn out to be mutated ex-crewmembers to make things more interesting.

Not familiar with this title? Pandorum is a 2009 British-German science fiction horror film with elements of Lovecraftian horror and survival adventure. Directed by Christian Alvart and produced by Robert Kulzer, Jeremy Bolt, and Paul W. S. Anderson, the latter two through their Impact Pictures banner. Travis Milloy wrote the screenplay from a story by Milloy and Alvart. It stars Dennis Quaid and Ben Foster.

Although it does seem over the top at times, this film is better than average horror fare and an engaging psychological thriller for the most part, with the sort of slow pacing these sorts of movies use to milk the suspense and paranoia they attempt to conjure. Pandorum’s narrative is saved from mediocrity by all the twists and turns in the storyline. The film’s ending almost seems like a setup for a sequel. B+