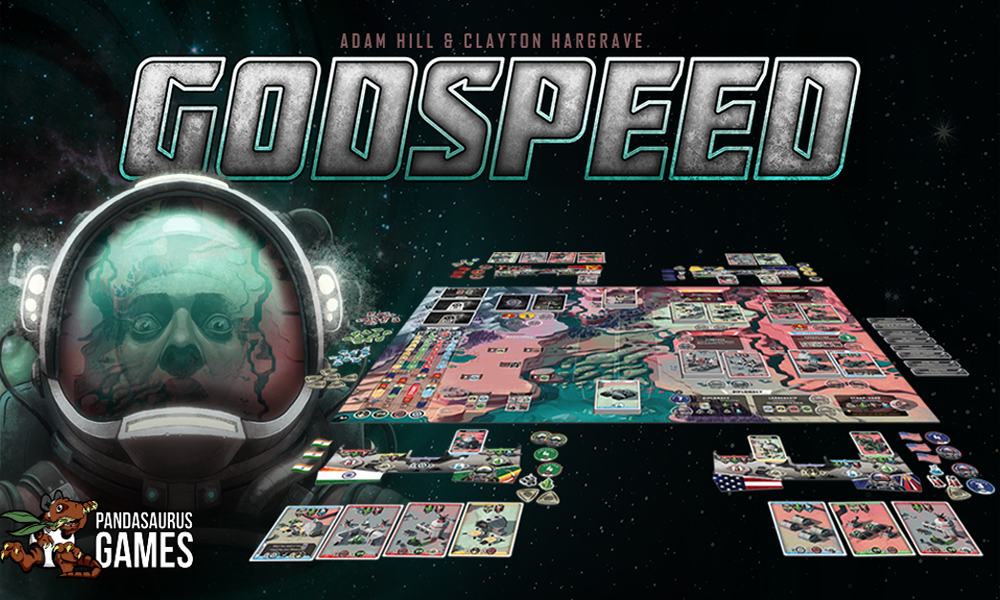 Look, it’s not that the moon landing was faked.
It Happened. Neil hates the conspiracy theories. The lie is that we ever wanted to go to the moon. We needed a spectacle to show the people. To justify the massive budgets. The agencies. 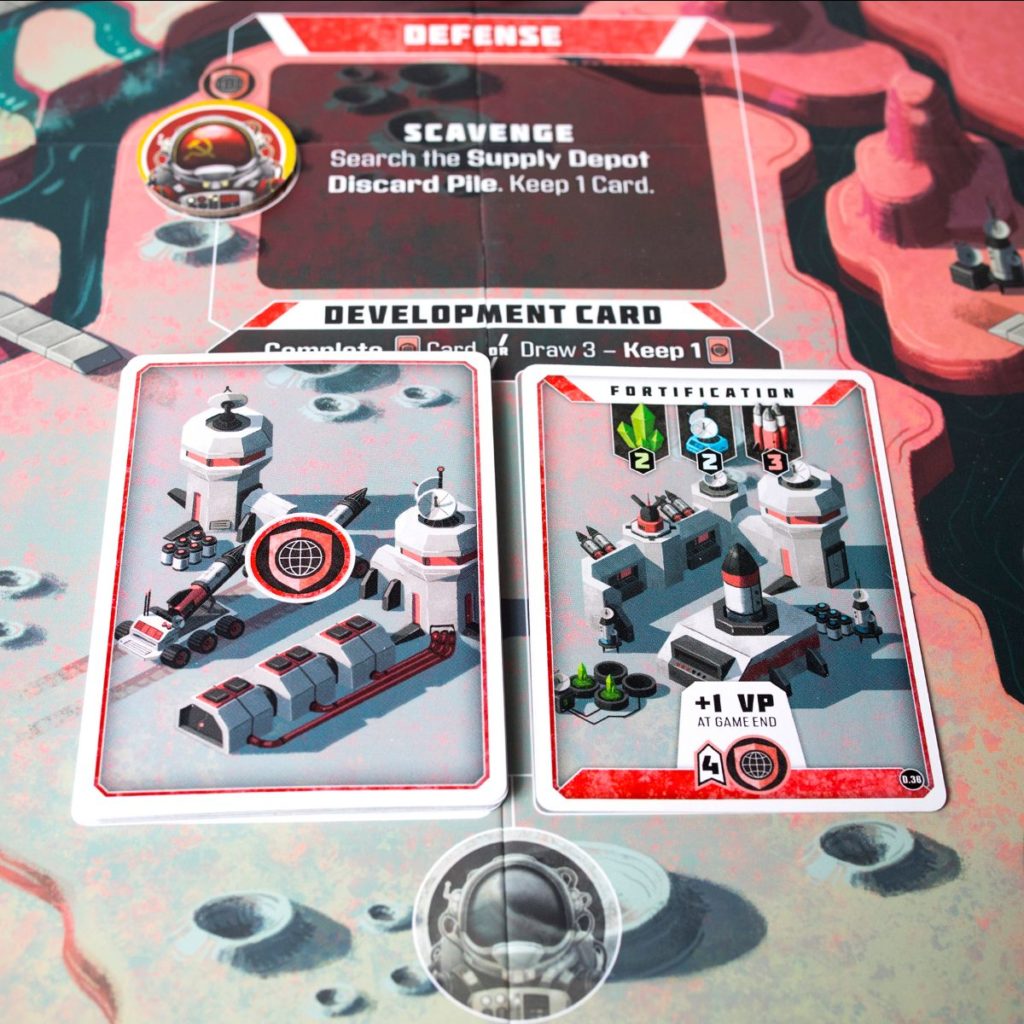 Neil stepped on a rock 239,000 miles from Earth. Big deal. I stepped on an Exoplanet circling Ursae Majoris 18 months earlier. It’s a one-way trip – so there ain’t any going home. No ticker tape parade for me, but that’s ok. I’m here for my country.

See, the Russian’s beat us here by a few months. Japanese showed up a few weeks after us. We’ll colonize this planet for America. Because there isn’t a choice….

Godspeed is an amazingly unique worker placement game for 2-5 players that plays in 60-90 minutes. It features a unique mechanic where each of your workers are specialized and have multiple uses on a turn that creates a tense game of blind bidding, negotiation and blocking other players to bring the tension of the cold-war to space.

Come check out the campaign page for a How to Play video from the Rules Girl, Preview videos from Man Vs Meeple and Tantrum House, the full rulebook, fun stretch goals and more! The Deluxe Kickstarter Edition includes Metal Coins and the ability to upgrade all 225+ cardboard chits into 4 color (dual sided!) plastic bits for only 30 dollars.