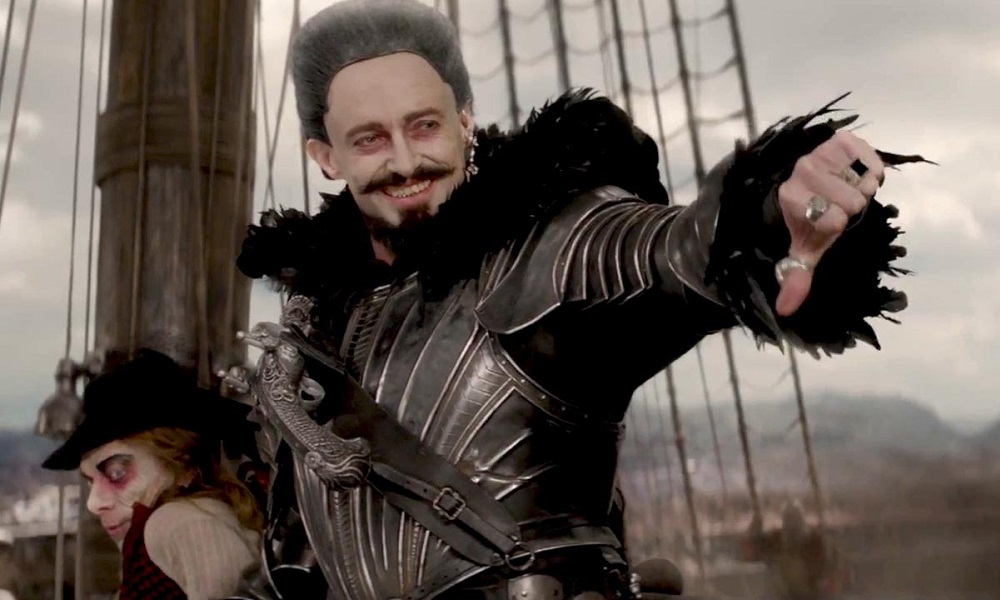 For the first hour of Pan, I was absolutely in love. Director Joe Wright approached the rather dismal prospect of a Peter Pan origin story and found something wonderful in it. He has just the right combination of intriguing ideas, beautiful imagery and a tone to match JM Barrie’s enduring fairy tale perfectly. It holds the makings of a classic in its hands. And then subtly, heartbreakingly, it all starts to go wrong. Not disastrously wrong, thank God, but settling into something standard issue and rather average after the joyful promise of the early scenes. That doesn’t make it the worst film of the year – not by a long shot – but it ultimately stands as one of the more disappointing.

It may be that the beginning simply leaves too many unanswered questions that deserved better treatment than they ultimately receive. We open in the middle of the Blitz, where Peter (Levi Miller) has been assigned to an orphanage straight out of Charles Dickens. The nuns who run it are uniformly horrible, and also have an unusual arrangement with a certain supernatural band of pirates to get rid of troublemaking boys. Right away, the promise of that equation finds glorious life, was we’re treated to Peter’s wimple-laden nemeses hoisting the Jolly Roger over the orphanage and the RAF squaring off against a flying schooner over the River Thames.

It gets better when the ship arrives in Neverland, disgorging its cargo to work in the mines of Blackbeard the pirate (Hugh Jackman). You’ve doubtless seen shots of him in full regalia, but that cannot encompass the awesome totality of his performance. “Camp” doesn’t begin to cover it. The man launches into full-bored Freddie Mercury mode, to the point of bellowing the lyrics to “Smells Like Teen Spirit” at his captives as he dutifully covers one of the film’s big logic holes. (Namely, if Peter was a boy in World War II, how could he meet Wendy Darling three decades earlier?) He’s unforgettable, and at that moment, we are firmly in the movie’s grasp. Had it followed through with those possibilities, we might have had something incredible on our hands.

Sadly, that really is the high point, and having established such terrific expectations, Pan proves incapable of following through with them. Too many of its notions don’t receive proper development, either as part of a self-contained story, or as a way of shedding light on the later events of Peter Pan. James Hook (Garrett Hedlund) is in attendance, reimagined as a self-serving cowboy who bears little resemblance to the villain we’ve come to expect. In point of fact, Jackman makes as good a Hook as we’re likely to see, yet the film gives him a different name and background for the same basic purpose. That leaves the “real” Hook to serve as Peter’s ally in thwarting the pirates… but how he changes sides and what leads to his obsession with Peter never becomes clear. One gets the sense that Warners is holding back in case this becomes a franchise, but like far too many other such projects, it ends up cheating the audience by promising more than it can deliver.

In its place is a standard-issue fantasy adventure, as Blackbeard makes his move against the rest of the island and Pan discovers the power in his unique destiny. Wright has the right touch for interesting action pieces, but the CG feels too by-the-numbers and the drama reduced to a standard good guys/bad guy mosh pit. Beneath it, all those intriguing ideas start piling up without any development or resolution, leaving us scratching our heads in puzzlement when we should be standing up and cheering.

None of it sinks to the level of disaster – Wright’s too good for that – and as eye candy at least, Pan stays faithful to the end. But those early scenes never get their due in the second half, leaving the movie feeling disjointed and ultimately unfinished. Jackman couldn’t possibly be asked to do more and the rest of the cast does what they can, but studio projects like this often end up hedging their bets too much and killing the good thing they might have had. Peter Pan was never one to shy away from risks. We shouldn’t expect one of his movies to do any less.