Paladin announces “They Remain” based on a story by Laird Barron 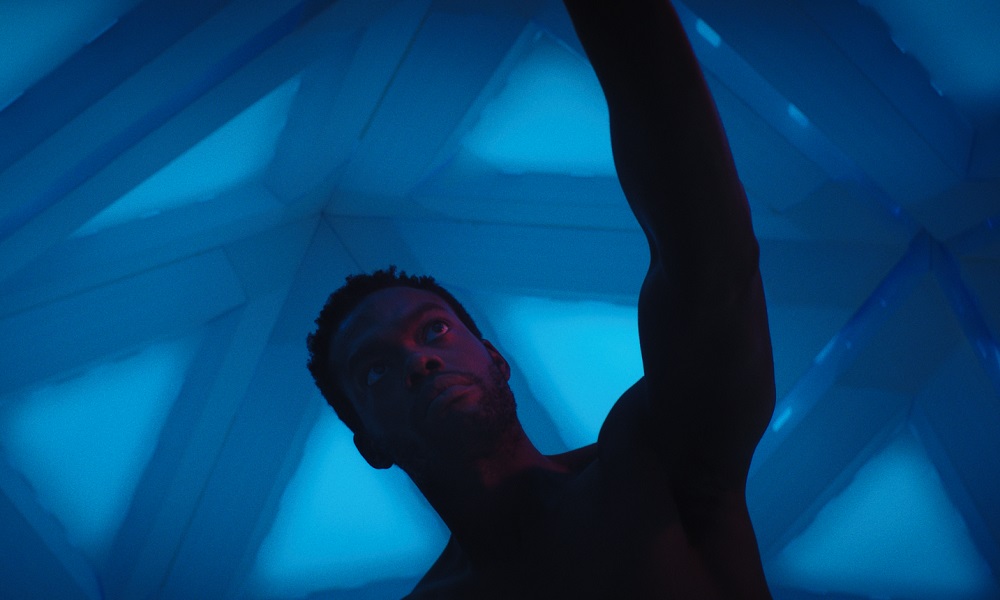 Paladin has acquired domestic theatrical rights to THEY REMAIN, a genre-bending experience in terror written and directed by Philip Gelatt, it was announced by company president Mark Urman. Gelatt, who has amassed impressive credentials as an innovative, versatile creator of sophisticated genre content in a variety of mediums, has re-teamed on the project with Reno Productions, with whom he made his acclaimed debut feature, “The Bleeding House,” which premiered at the 2011 Tribeca Film Festival. The deal was negotiated by Urman and Reno principal, Will Battersby, who served as the film’s producer. Paladin and Reno are prepping THEY REMAIN for a film festival launch and theatrical release commencing in the Fall.

Based on the 2010 short story, “-30-” by award-winning author Laird Barron, THEY REMAIN explores the evolving relationship between Keith and Jessica, two scientists who are employed by a vast, impersonal corporation to investigate an unspeakable horror that took place at the remote encampment of a mysterious cult. Working and living in a state-of-the-art, high tech environment that is completely at odds with their surroundings, they spend their days gathering physical evidence, analyzing it, and reporting on their findings.

The intensity of their work, and their extreme isolation, bring the pair closer. But, when Jessica discovers a mysterious artifact of unknown origin, the dynamic between them changes: secrets are kept, sexual tensions arise, and paranoia sets in. Keith begins to have visions and is unable to distinguish whether they are nightmares or hauntings. Having lost all sense of what is real and what is imagined, all he knows is that the horror he and Jessica have been sent to uncover—a horror that could be biological, psychological, or supernatural— now threatens his very survival.

Barron’s novels, short fiction, and poems have earned him a substantial following among aficionados of fantasy, noir, horror, and sci-fi, and have twice won him the Shirley Jackson Award. Gelatt, similarly, combines multi-disciplinary experience as a graphic novelist and comic book creator for the “Indiana Jones” franchise, and for such companies as Dark Horse Comics and Oni Press, with his background as a video game writer for such companies as Crystal Dynamics and Frictional Games, and on “Rise of The Tomb Raider” (for which he won the WGA Award). With this pedigree, it is unsurprising that THEY REMAIN succeeds in splicing these various strains of pop culture DNA into a unique and imaginative cinematic hybrid.

About the deal Urman says, “I can’t remember when I last encountered a film that so completely defies categorization and so consistently forges new territory as THEY REMAIN. Phil weaves such a potent spell, and creates such extraordinary images, you’re utterly convinced that, any second, something awful will happen. I’m so excited to have people see it, just so I can talk about it with them!” Producer Battersby said “Phil and I are thrilled to be teaming up with Mark Urman and Paladin again. Mark helped us sell and market Phil’s first film “The Bleeding House” and he did a tremendous job financially and creatively for us. He was the first and only distributor to whom we showed THEY REMAIN as we were so convinced that his experience, ability and unique taste would be the perfect combination to release this film.”

THEY REMAIN stars William Jackson Harper (“Paterson,” “True Story”) and Rebecca Henderson (“Mistress America”) as Keith and Jessica. The film’s third “star” is cinematographer Sean Kirby, whose hallucinatory images contribute immeasurably to its disorienting, disturbing mood. Kirby’s credits include the acclaimed documentaries “Racing Extinction,” and “The Tillman Story,” as well as Robinson Devor’s notorious “Zoo,” which created a sensation at both Sundance and Cannes, and which Urman executive produced and released through THINKFilm. Peter Askin produced with Battersby.