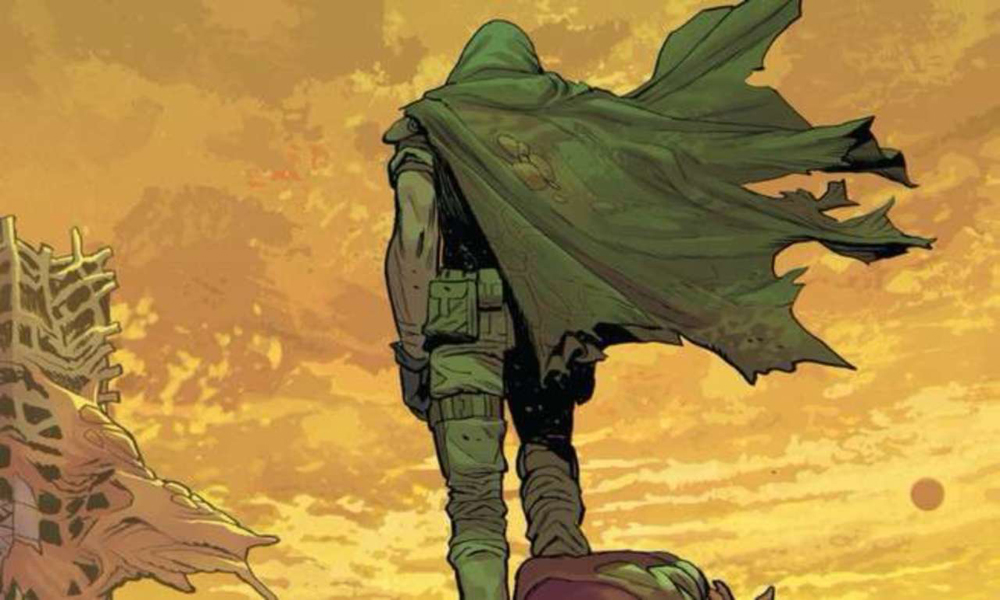 Robert Kirkman has just released a new comic book called “Oblivion Song” and if you are familiar with his past work ( such as The Walking Dead and Invincible) then you know that he likes to start his series with a bang and this comic is no exception. 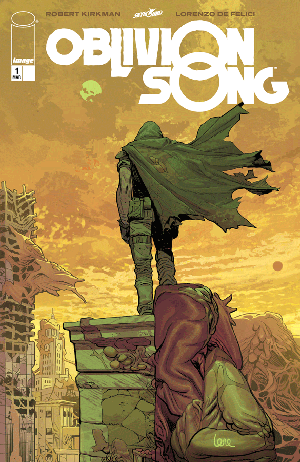 The book starts off in a devastated city where a desperate couple is being pursued by a few grotesque looking monsters. They are rescued and teleported away from danger by a stranger dressed in tactical gear. The soldier who has barely escaped the monster infested city himself meets up with his assistants who help nurse the recently returned couple back to health. Nathan Cole ( the soldier) thinks that the reappearance of this missing couple can help jump start funding for a larger version of his expedition/ retrieval missions. Things don’t go as he planned as we get to know Nathan, his friends, and the world they occupy a bit more.

Robert Kirkman has a fantastic handle on character building. He gives you just enough to care about the hero’s journey without inundating you with meaningless dialogue. He’s also great at cliffhangers . The end of this issue points to some interesting confrontations in the future.

Lorenzo Del Felici draws some amazing looking alien monsters and he gives all the human characters distinctive features. His artwork is clearly staged and a joy to behold. Analisa Leoni brings some vibrant colors to this issue. It compliments the art and does not distract from it. There are a few panels that stand out because of the coloring.Rus Wooton’s fine lettering work also adds without calling attention to itself.