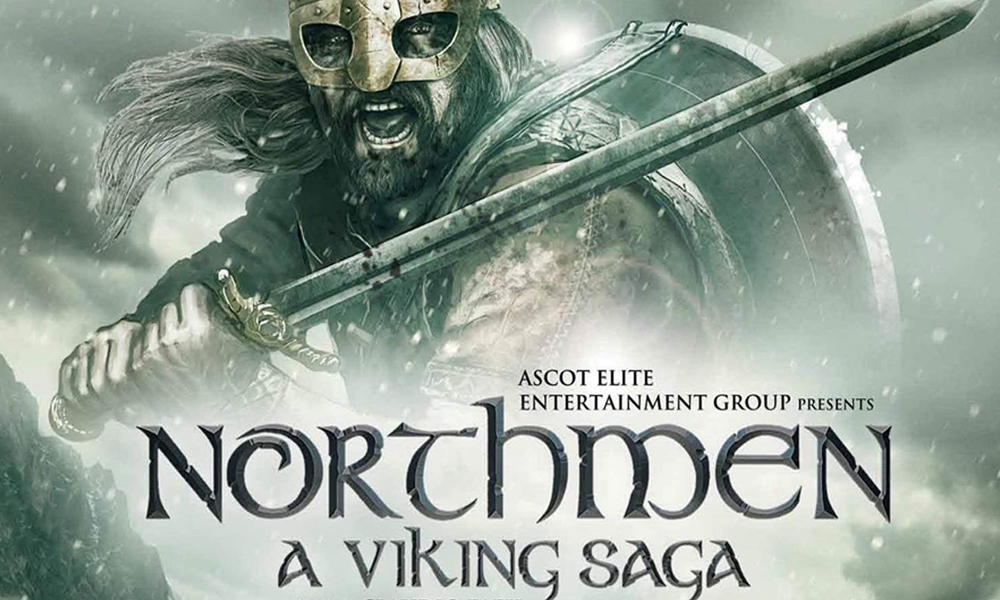 Northmen: A Viking Saga is a 2014 historical action film by Swiss director Claudio Fäh whose resume includes Hollow Man 2 and Sniper: Reloaded.  The film follows a group of Viking warriors who have been exiled from their homeland and end up on the shores of Scotland when their ship capsizes.  The group of a dozen or so is led by Asbjorn (Hopper) the son of their former ruler.  He is played by Tom Hopper who has starred in such BBC TV series’ as Doctor Who and Merlin. 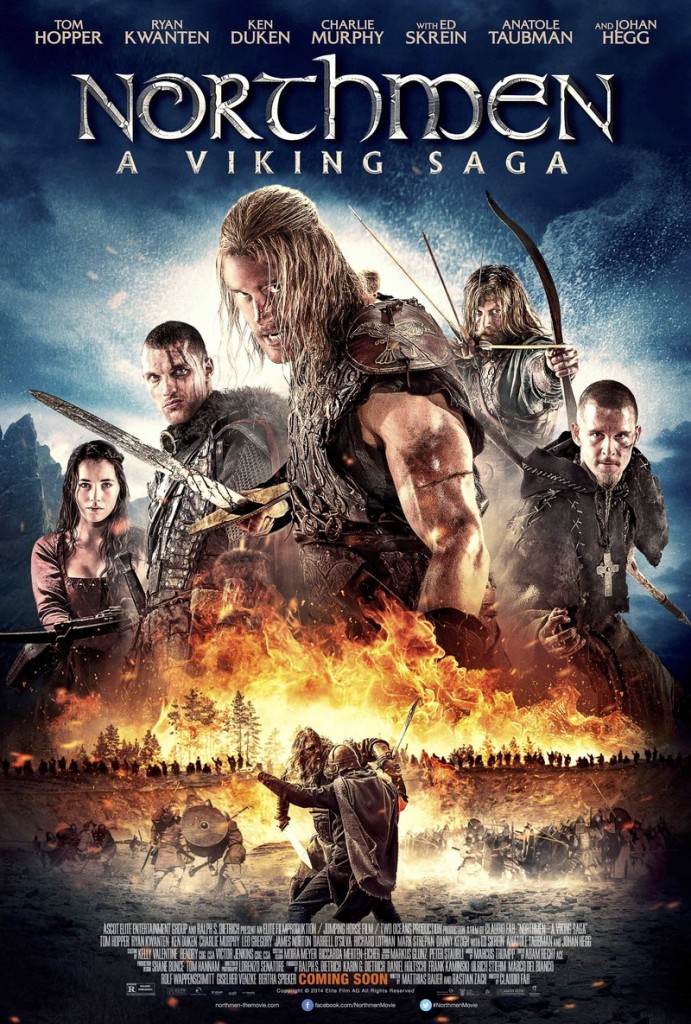 The Vikings manage to fend off an attack by Scottish soldiers and capture Inghean (Murphy), the daughter of King Dunchaid.  Asbjorn intends to hold her for ransom in order to guarantee his men’s safe passage off enemy lands.  The King sets a group of Carpathian mercenaries on their trail led by the blood-thirsty brothers Hjorr (Skrein) and Bovarr.  The brothers see the princess as a possible hindrance to their continued employment and have no intention of returning her alive.

The motley band of Northmen finds themselves on the run from the mercenaries and their only ally is an unnamed warrior monk (Ryan Kwanten of True Blood).  The Vikings begin a desperate trek across the fortified Scottish landscape, hoping to reach a boat that they can use to make their escape.

First and foremost the central flaw in the film finds the savage Viking warriors doing more running than fighting.   One can guess that the thin budget prevented any sort of grand scale battles so we get a thinly-plotted story of this small band in constant retreat, fighting only when cornered, and then we are talking very small scale fights with a handful of combatants on each side.

We learn nothing of Kwanten’s “warrior monk” character at all.  Why he decides to help them is never fully explained but he does have a very cool tower with a cool fire trap that they use to keep the mercenaries at bay so they can make one of their many retreats.  He’s also a highly skilled fighter with his quarter staff.

When the Vikings finally do stop the engage in combat the fight scenes are exciting, bloody and fairly well choreographed.  There’s a bit too much use of slow-motion but at least no one breaks out their Kung-Fu as is often the case in lower budgeted historical action films.  The make-up and costumes look outstanding if not entirely historically accurate.  This can be excused somewhat as the Vikings have to make do with what weapons they can scavenge after losing most of theirs when their ship capsized.

The performances are passable but ultimately forgettable.  Tom Hopper is fine in the lead role although most of the others are stock characters.  They are also hampered by stilted dialog and forced dissention within their ranks.

The entire focus of the film is off target.  The film sort of reminded me of the cult gang film “The Warriors” from the 1970s with a group lost outside of their territory and on the run, trying to make it home.  Of course, this film is nowhere near as good as The Warriors but it’s worth a short diversion.