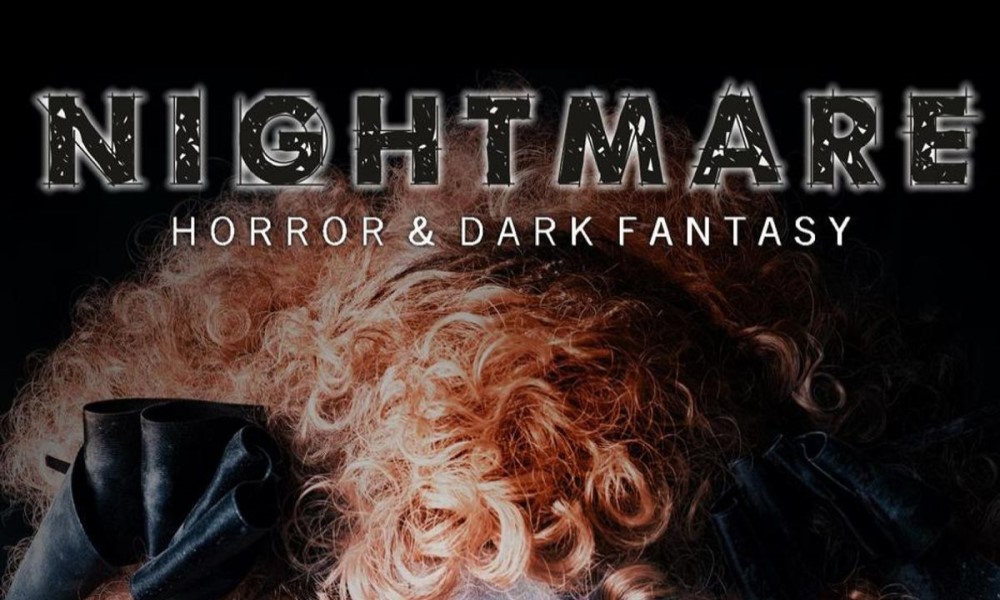 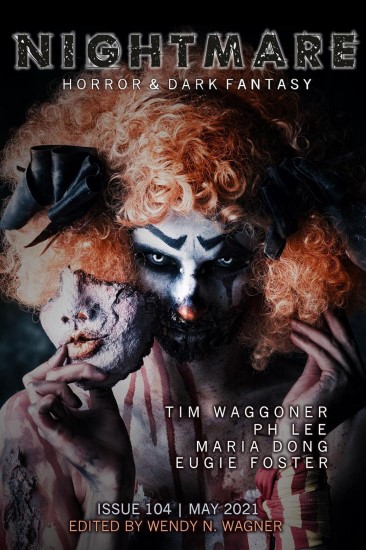 So issue #104’s headlining story is one written by horror-writer Tim Waggoner. Disclaimer: I reviewed a Tim Waggoner book a couple years ago and found it more grotesquely raunchy than something I’d consider decent horror (which to me is suspenseful, psychological, often ghost-y). So I didn’t have very high expectations going in, but, hey, sometimes that’s good because then you aren’t disappointed, right?
“Negative Space” started off very intriguing. It’s second person POV, which I personally love, and it’s about a man and his wife staying at the wife’s friend’s house while she’s grieving the loss of her husband. The writing is great and the horror is psychological (yay!). Tim is clearly a wordsmith, but by the end, I found myself wondering what the point was. What’s the message about life here? About relationships? There’s a dance between the themes of death and absence which was exquisite; however, it never played out. The ending is rather nihilistic, and I always question those kinds of endings. “Negative Space” is one of those stories you’d want a friend to read so you can talk about it and discuss its nuances, though, and that’s always a plus.

An even better one to force upon a friend and discuss for an hour (or maybe more) is the deceivingly short 1,075-word piece by PH Lee called “Taking Control of Your Life in Five Easy Steps.” I can’t say much without giving it away, save for this: READ IT. READ IT FIVE TIMES. READ IT A HUNRED TIMES. READ IT EVERY TIME YOU FEEL HELPESS OR LIKE LIFE IS TOO REAL AND HORRIBLE TO CONTINUE. It helped me feel better. I hope it helps you.

I’ll end with my thoughts on the short story “The Cabbit” by Maria Dong, about a cat-rabbit creature that consumes the parts of you that you discard or don’t want: hair and clipped toe-nails, for instance. But is that all? What if you could get rid of bigger parts? Even emotional parts? Soul parts? I don’t consider “The Cabbit” to be horror, but it’s certainly psychological. As the main character undergoes changes, I can’t fathom the reader not going through changes, too.
Please read issue #104. I hope it changes you.