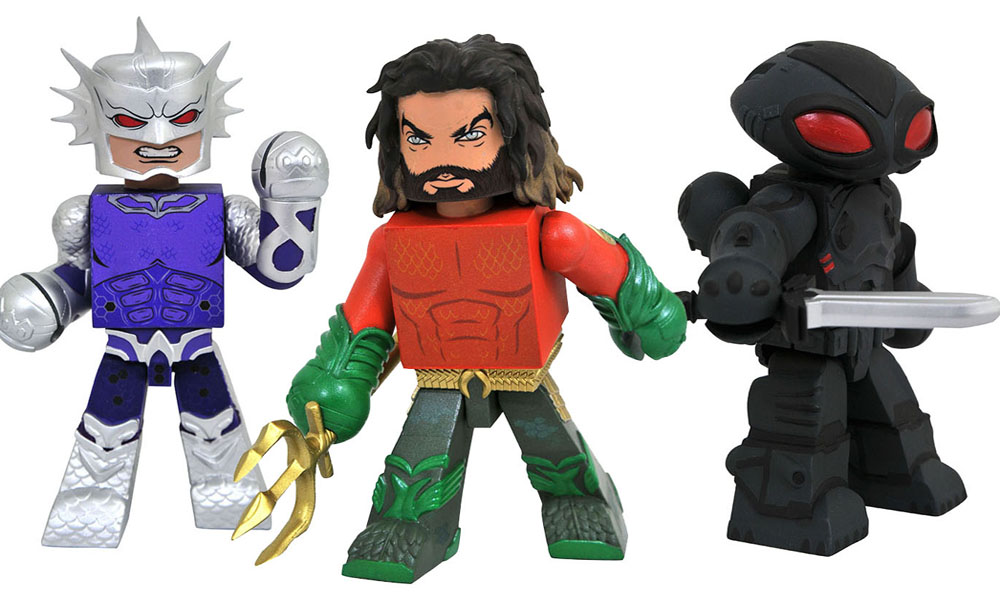 Diamond has some new products out for comic book fans everywhere!

A Diamond Select Toys release! The Wisdom of Solomon! The Strength of Hercules! Billy Batson’s alter ego Shazam is the next entry in the DC Gallery line of PVC Dioramas, and this approximately 11-inch sculpture captures the hero in a split-second, grabbing a bolt of lightning on its way to the ground. With a feature film in the works, Shazam is poised to ride that lightning back to stardom, and this amazing sculpture celebrates the character’s godlike power! Sculpted by Joe Menna based on a design by Shawn Knapp. Packaged in a full-color window box. 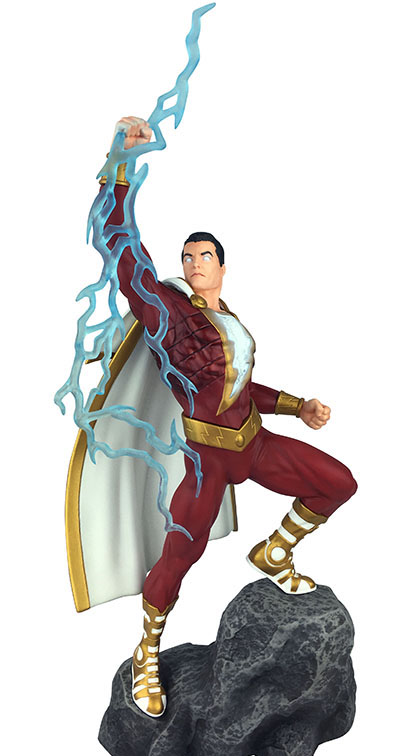 A Diamond Select Toys release! DC Vinimates are taking the ocean by storm! These 4-inch vinyl figures capture the undersea world of the Aquaman movie in their signature blockish style, striking dynamic poses inspired by the film! Aquaman, Black Manta and Ocean Master comprise the first assortment, and they are in scale to all other DC Vinimates. Each comes packaged in a full-color window box. Designed by Barry Bradfield!