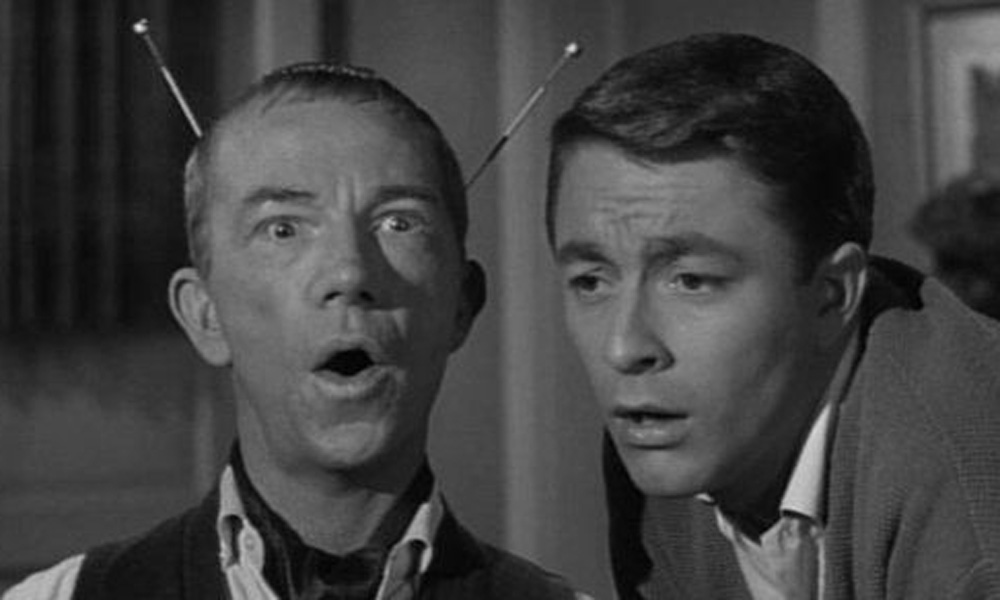 My Favorite Martian originally ran on CBS from 1963 to 1966, logging 107 episodes. I become familiar with the series as a kid in the 70’s through daily re-runs. The premise to the sci-fi/sitcom is that a Martian (Ray Walston) crash lands on Earth and is found by reporter Tim O’ Hara (Bill Bixby) of the Los Angeles Sun. O’ Hara brings the alien home and lets him stay in his over-the-garage apartment, passing him off as his “Uncle Martin” until the Martian can repair his ship and return home. Their secret is complicated by their nosy landlady Lorelei Brown. The series was, in fact, a science fiction version of the format used in shows like Bewitched and I Dream of Jeannie although My Favorite Martian pre-dated both of those series. 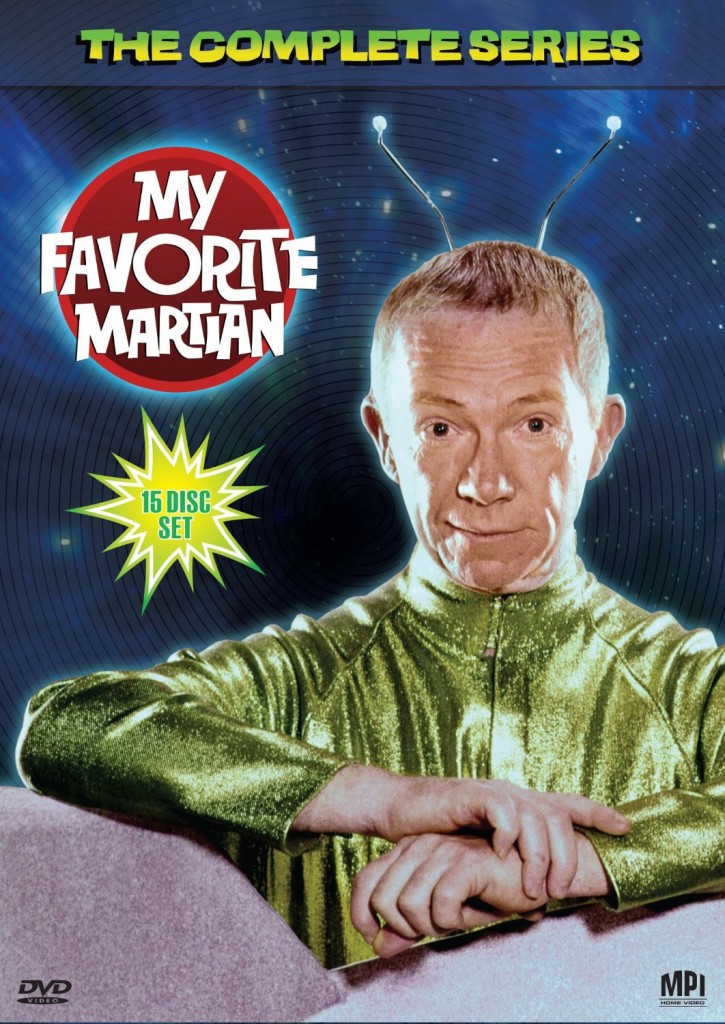 Martin has a number of superhuman powers at his disposal including telepathy, telekinesis, invisibility, the ability to communicate with animals, super speed, and more. Over the course of the series Martin would even develop more incredible powers. When using his powers typically two little antennae would pop up from the top of his head. He is also a genius inventor who creates devices which can be used for time travel and rearrange the molecules of the target.

While the repair of the ship and returning Martin home was the show’s main premise, the good-natured alien was always willing to help others. In “Man or Amoeba” a famous scientist proclaims that there is no advanced life on Mars. Martin helps Angela (Lorelei’s daughter) write a report refuting the man’s claim. When he gives Angela a failing grade Martin has to come up with a more creative solution. In “Rocket to Mars”, the junkmen accidentally empty out Tim’s garage instead of Lorelei’s, taking Martin’s spaceship by mistake. Martin has to seek the aid of the neighborhood dogs to track his ship down.

In the second season, Alan Hewitt joined the cast as Detective Bill Brennan, Lorelei’s boyfriend who is suspicious of Martin and Tim and is constantly on the lookout for anything strange going on…which is quite often. This is no more evident than in the second season episode “The Case of the Missing Sleuth.” Brennan accidentally uses Martin’s molecular separator on himself, turning him into tiny molecules which Lorelei unwittingly vacuums up. Martin and Tim have to collect his molecules and put him back together.

This show motored on the talents of Walston and Bixby…Walston was like a fast-talking carnival huckster who had the ability to charm everyone around him but also had a heart of gold. Bixby was the neurotic newspaper reporter, always fearful of being found out. For Bixby, it was the first of his four successful television shows which would also include The Courtship of Eddie’s Father, The Magician, and The Incredible Hulk.

Walston would make guest appearances throughout the 1970s on various TV shows but his career experienced a rebirth in 1982 with a supporting role as hand in the comedy classic “Fast Times at Ridgemont High.”

The only unfortunate thing about the show is that we never saw Martin return home as the series was cancelled after three seasons. The series would go on to spinoff into a short-lived comic book series, books, and even a 1970s Saturday morning animated spinoff series. It’s really too bad that shows like this and other great 60s and 70s shows don’t have a regular home on some cable network but fans of My Favorite Martian can rejoice now that the entire series is available on DVD. It is an iconic show that is set at the time of peak interest in the space program and UFOs in the late 1950s and early 1960s.

The best thing about series collections for old films and TV shows is the extra features. While extras are made today with home release in mind this was not the case obviously decades ago so these extras are amazing little treasures with a glimpse into the era. The complete list is below.

Most interesting was the interview from Lucille Ball’s radio show. Now, I had no idea that Lucy even had a radio show but the series was produced by Desilu Productions which was owned by Luzy and Desi Arnaz. I also love the vintage TV commercials which again are a great peek into the period of the early 1960s.