Mummy Week Begins! A look back at the 1932 Boris Karloff Classic 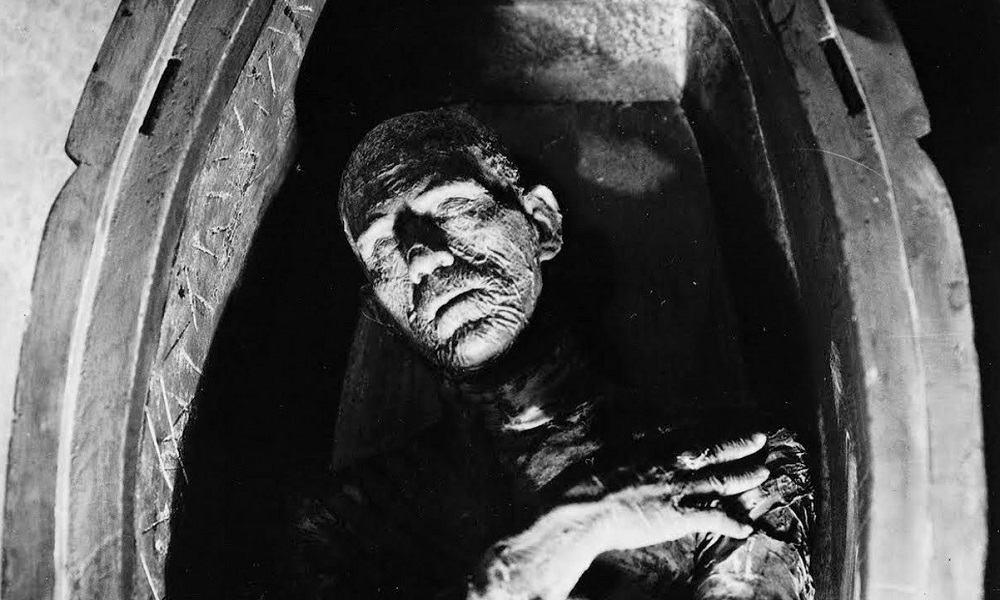 In anticipation of the big-screen release this week of Universal Studios reboot of “The Mummy” we take a look back at where it all began. Over the course of the next 5 days we will review the original 1932 Boris Karloff classic and the four sequels which followed it in the 1940s. So sit back as we unravel 85 years of Mummy dearest! 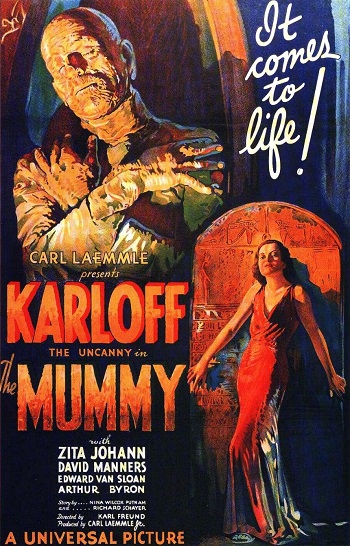 In an effort to capitalize upon the monster popularity it created in 1931 with “Frankenstein” and “Dracula”, Universal Studios quickly set about trying to find the subject of its next chiller. It didn’t have to look far. In 1922, Howard Carter and Lord Carnarvon had discovered the ancient tomb of Tutankhamun setting off a craze for all things Egyptian. So what better subject than an ancient mummy, reanimated after some 3000 years.

Karl Freund, the cinematographer on Dracula, was hired to direct, making this his first film in the United States as a director. Freund cast Zita Johann, who believed in reincarnation, as Helen Grosvenor and the reincarnated ‘Ankh-es-en-Amon’ named after the only wife of Pharaoh Tutankhamun. For the Mummy and villain role of Imhotep/Ardath Bey, Universal turned to their new star, Boris Karloff. To round out the cast, Freund brought in David Manners (Frank Whemple) and Edward Van Sloan (Dr. Muller) both of whom had been in Dracula.

In fact, The Mummy really is a remake of Dracula but with an Egyptian Motif. We have an ancient horror who finds his reincarnated love in the form of a present day woman who becomes the object of his desire leaving heroes Whemple and Dr. Muller to try and stop him. Once again, legendary makeup artist Jack Pierce was on hand to create the mummy and torment poor Karloff who had to endure eight hours in the makeup chair and later the painful removal of the bandages and spirit gum. And he endured all that for all of a minute or two of screen time.

As iconic an image as the mummy has become, wrapped in decrepit bandages and shambling forth, it gained that notoriety from the future Mummy sequels. If you blink, you’ll miss his appearance in the original which consists of him returning to life when an archaeologist reads from the Scroll of Thoth. The Mummy takes the scroll leaving the man to go mad and walks away to seek out his beloved Ankh-es-en-Amon.

Ten Years later the Mummy returns, now in the guise of the wizened, but seemingly human Ardath Bey and aids a group of archaeologists in locating Ankh-es-en-Amon’s tomb. Bey believes that Helen is his reincarnated love and plans to mummify and resurrect her so they can spend eternity together. 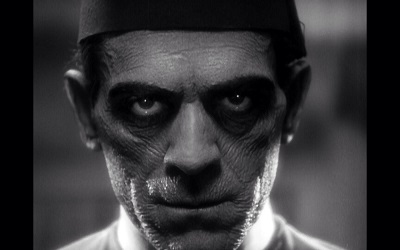 Because Karloff appears as the Mummy only briefly this film isn’t as effective as Dracula or Frankenstein in terms of pure horror. In fact much of the middle part of the film plays like a melodrama. On the other hand gets to shine without being completely covered in makeup and the image of him leering at Helen through those sinister eyes is one of the most iconic of the Universal Horrors era. The fiery Zita Johann was a far more interesting female lead than in Frankenstein or Dracula and she was not going to submit to the villainous Bey without a fight.

While slow moving at times the Mummy was a gorgeously shot film as cinematography was Freund’s biggest strength and he capture the art deco look of the period. Unlike Frankenstein and Dracula, and other Universal horror films, this film had no official sequels, instead creating a new mummy character for its sequels which we will be taking a look at over the next few days.