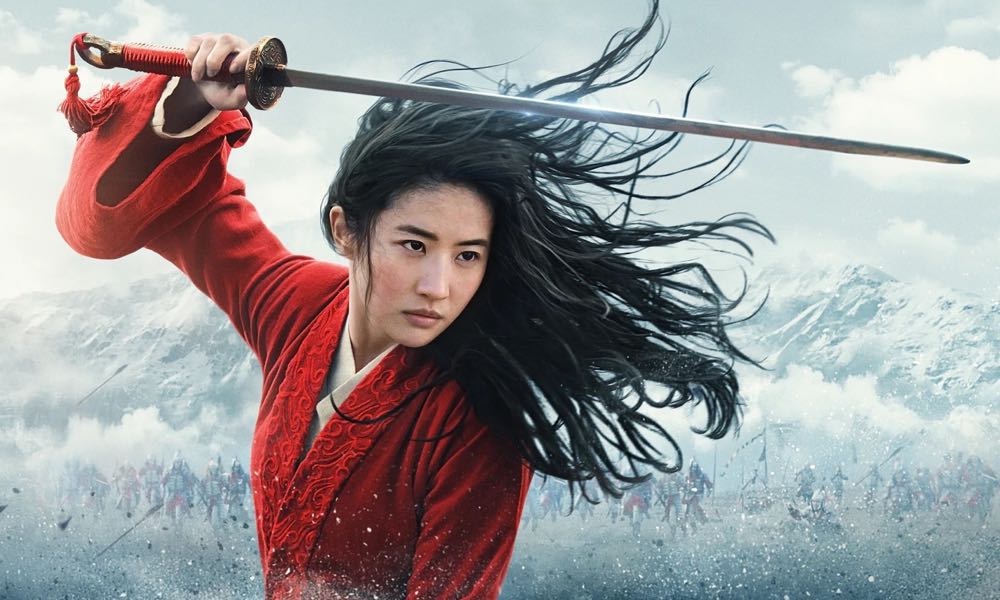 Watching the new Mulan last night, I didn’t know what to expect exactly. However, I have always been a fan of the beautiful original Disney classic animation that is now over twenty years old. I wasn’t sure how a live-action makeover would effect such a lovely musical. I should have known better; it turns out there was no reason to worry, the Houde Of Mouse knew what they were doing. Some stories are better left to animation, but making Mulan live-action made it the events it depicts more real and satisfying as an adventure story with less emphasis on fantasy.

Not familiar with the title? Mulan is a 2020 American action drama film produced by Walt Disney Pictures. It is a live-action adaptation of Disney’s 1998 animated film of the same name, based on the Chinese folklore “The Ballad of Mulan”. The film stars Yifei Liu in the title role, alongside Donnie Yen, Tzi Ma, Jason Scott Lee, Yoson An, Ron Yuan, Gong Li, and Jet Li in supporting roles. The cast all does a wonderful job bringing ancient China to life, and the pacing of the film is superb.

Mulan is a wonderful fantasy story that works on many levels. By shifting the sensibilities away from music and comedy (and romance), the terrific story that was there all along gets revealed. Wisely, the film’s creators chose to steer clear of what might easily have drifted into another romance novel of the sort supporting the now-popular view that women are smarter and better than men in every way. The film makes no such blanket statement and keeps its focus on Mulan herself and her search for identity. By presenting the story as a legend, the films’ creators were able to tap into that archetype of the heroes’ journey and classic mythology, and that’s how the story is presented. Mulan is several movies in one, it’s a war movie, an adventure movie, a martial arts film, and a classic tale of good vs. evil. Mulan does each of these aspects exceptionally well. This film has themes many of today’s ‘sophisticated’ more jaded viewers may consider corny or dated. Beyond its main theme of a search for identity, the film, at its core, dwells on themes like loyalty, bravery, and honesty, with devotion to family thrown in for good measure, these are universal themes that may be dated but are still as relevant as when they got first recognized as admirable traits.

In case you are still wondering is I liked this movie, I thought it was thoroughly enjoyable and the ending suggests the posibility of a sequel. Just like this film, I am not sure if that is a good idea, but what do I know?