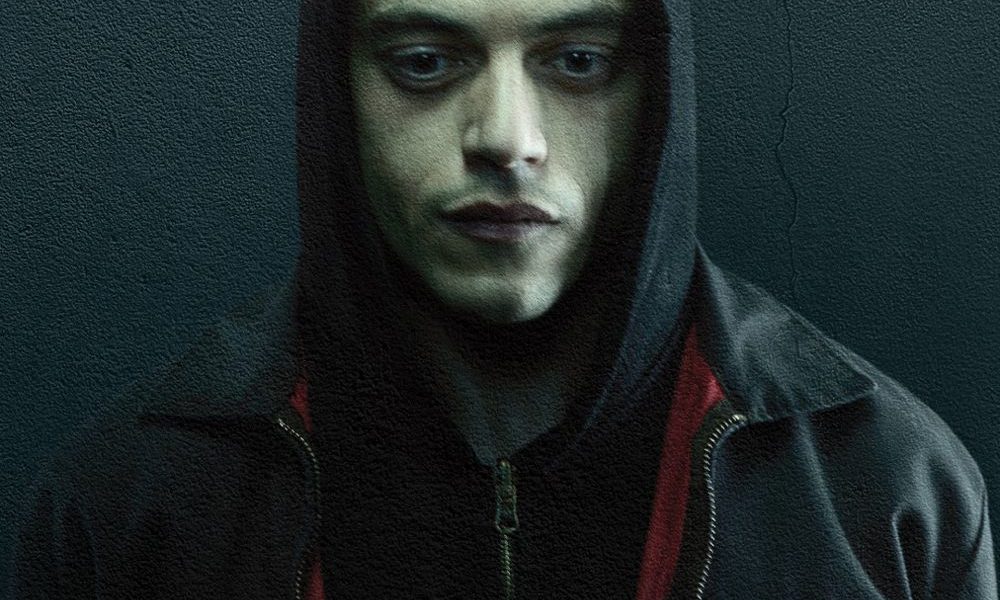 If episode one was a warm up round in a fight, landing a couple of jabs, episode 2 was the show getting down to some serious fighting, landing some effective power shots.

After the relatively uneventful edition of part one of the show’s second season premiere, episode 2 was much more eventful and reminded us of some of the qualities that made this show so impressive in its rookie season. The show returned to showing off some of the creepiness, surrealism, and darkness that it became known for last year.

Where episode one served to, more or less, reacquaint us with Elliot’s world, and the characters that inhabit it, episode 2 had some events designed to shock, move the story forward, and remind us what this show can do when it wants, suddenly shifting into a nightmarish landscape of insanity, violence, and gloom.

Some more familiar faces from last season made a reappearance, Angela Moss (Portia Doubleday), Elliot’s childhood friend, is shown at work at E-corp, behaving in an almost machine-like manner, as she carries out finalizing a deal at her job. She has decided she likes working at E-corp as the PR manager and has decided to stay longer than the original temporary agreement.

Also making a reappearance is Joanna Wellick (Stephanie Corneliussen), wife of the still missing Tyrell. She is shown going about her sadomasochistic pastimes with a male partner and then moving along to another as he arrives to take the first partner’s place.

Gideon makes an appearance again later in the episode when he is shown having drinks in a crowded bar when he is accosted by a creepy man who describes himself as someone who watches too much news.

He recognizes Gideon and tells him he knows he’s a patsy in what has occurred, smiling and seeming sympathetic the entire time they talk, until he suddenly pulls out a gun and shoots Gideon in the neck. This was a surprising and shocking development, and the sudden shift to violence added to the surreal feel of the episode.

The show has a couple of new faces this time around also, Leon (Joey Bada$$), Elliot’s new friend from the neighborhood who talks interminably about Seinfeld, and joins Elliot to watch neighborhood pickup basketball games at the local court; and another neighborhood character, Ray (Craig Robinson), that also hangs around the basketball court with his dog, and seems determined to get acquainted with Elliot. Elliot not too surprisingly is not interested.

The actual events of the show begin with the E-corp payoff of the money demand they received, being executed by Scott Knowles (Brian Stokes Mitchell), the company’s head of security. He’s shown dropping two large duffle bags of cash in the middle of a popular park, secretly surrounded by his men.

Unexpectedly, he gets a delivery by a bike messenger, of a backpack containing an F-society mask, some combustible fluid, and instructions to put on the mask and burn the money. This expensive performance art, is, of course, meant to be symbolic, and its a message from Darlene, who’s part of the crowd watching all this take place.

Next is a scene with Phillip Price (Michael Cristofer), the CEO of E-corp, meeting with some government representatives. They want him to retire as a gesture, he refuses and basically tells them to go screw themselves.

Elliot is still depicted as getting crazier by the day and determined to stick to his self-enforced, computer free, dull routine of a lifestyle in order to get what he wants. He wants his alter-ego to give him the information about what happened to him after the 5-9 cyber attacks and the whereabouts of Tyrell Wellick (Martin Wallström), who has still not reappeared in season 2.

The blackouts are getting worse, his attempt to remain out of the digital world is proving not as effective in purging Mr. Robot as he had hoped because Mr. Robot still seems to have the upper hand. In a surprising development, he is approached again by Ray and tells him to stop bothering him, only to discover he had met with Ray the previous evening and doesn’t remember doing it.

This episode had some moments that provided more of a payoff and served to remind me just how strange and creepy this show can be, and I loved it.

I suddenly realized, while watching this episode, that I had previously watched a tv show before that had the same sort of effectively nightmarish creepiness very similar to what this one has, and that the show it reminded me of was Twin Peaks. Then I realized that, in a way, that’s what Mr. Robot is, a 21st century Twin Peaks, with a change of location and circumstances but in many ways the same.

It made me wonder if the show’s creator, Sam Esmail, is a fan of David Lynch, because the style of some of the scenes really reminded me of  Lynch’s iconic, revolutionary series, and I felt a little embarrassed that it took me this long to figure out the connection, and why this show has so much appeal for me. Likewise, Elliot’s existential crisis is not too  dissimilar from that of Henry Spencer in Eraserhead (1977)

Episode two had some moments that were definitely designed to shock and make a lasting impression, like some brief nudity when Joanna is doing her sex stuff, and later when Gideon is unexpectedly shot in the neck. Neither seemed contrived, gratuitous, or overly indulgent in their portrayal but seemed like they belonged as a naturally occurring part of the narrative.

Th episode also introduced a couple of new mysteries to the mix, and the mysteries are a big part of the reason I like this show so much. It’s not clear yet what Ray’s role is in this, but it does seem suspicious that he seems so interested in getting to know Elliot better. It’s not clear if Gideon is dead from his wounds or not, a how that will affect the show, but I suppose we’ll find out more about that next week. Also, it’s not clear what’s going on with Angela, but she seems seriously damaged somehow.

The episode ends with Elliot at one of the church meetings he goes to, and then suddenly he’s at home on the phone. Looks like another blackout, and when he speaks someone answers. Someone who knows him, and calls him by name. Is it the missing Tyrell? Another great episode from one of the quirkiest shows on tv.