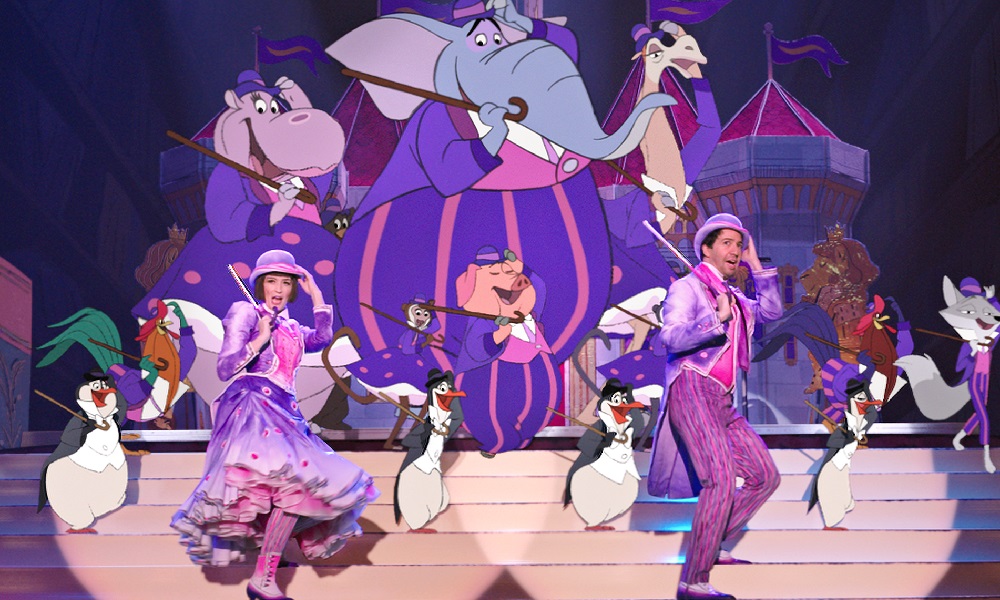 Who needs a hug? Show me someone who couldn’t use a little more comfort and joy in the face of our increasingly terrifying reality and I’ll show you a sociopath. That’s the secret Disney has built an international media cartel on; that, and its ability to dispense warm fuzzies en masse in a timely fashion.

And oh my, have they stepped up to the plate on this one.

Uncle Walt’s crew has grown quite enamored of rebooted classics lately. I’ve never been fond of the notion – they’re playing with fire – but it is, in all fairness, a license to print money, and has resulted in some surprisingly strong movies along the way. Even in that environment, however, returning to Mary Poppins feels like a risk. The 1964 film stands as one of the shining jewels in their crown; with the exception of Snow White itself, there is no Disney cow more sacred. And yet here comes the sequel more than 50 years after the original, with Rob Marshall at the helm and Emily Blunt stepping into Julie Andrews’ practically perfect shoes. Just in time for the holidays. When everyone has the time to watch the first film again. Right before going to see this one. With their kids.

So, you know, no pressure guys.

That’s the high-wire act that Mary Poppins Returns proposes. That’s the legacy it endeavors to live up to. And then – with nary a pause and in a manner as unflappable as its beloved heroine – it steps out over the abyss and begins to dance.

The heaviest load falls on Blunt’s shoulders, for obvious reasons. She needs to make this Mary Poppins her own and yet stand alongside Andrews’ indelible performance as an equal. I’m not sure any other actor working today could have managed it. But Blunt makes it look easy. Her magical nanny is a shade sterner than Andrews, and her self-regard a little higher (purportedly trending closer to her incarnation in the original P.L. Travers stories). But she’s still ready with her trusty umbrella and bag full of magic, and she still arrives just when things seem their bleakest.

In this case, it’s thirty years after her first visit to the Banks’ family. The two children she so expertly taught to follow their dreams have grown into adults, with adult problems and adult fears that seemingly no amount of fairy dust can dispel. Michael Banks (Ben Whishaw), a recent widower, struggles to make ends meet while trying (and largely succeeding) to raise three kids. His sister Jane (Emily Mortimer) continues to fight the good fight that her mother began: acting as a labor organizer in the heart of the Great Depression. But when bankers come, threatening to repossess the Banks’ home, it proves one catastrophe too many. Enter super-nanny to save the day.

Marshall expertly cracks the code on how and why the original film works so well: adopting the same beats and measures while filling them with vastly different details. The expected musical adventures in animated worlds come just when they need to, leaping between more grounded escapades in London and the slow vise of Michael’s dilemma closing inexorably around him. It takes some balancing, but Marshall has his ducks in a row, and they strike just the right emotional cues at precisely the right times. This is a sadder world than the first film, like our own, where walks in the park are scarce and monsters come in the form of unpaid bills. It never shies away from that truth, but neither does it surrender to despair.

Instead, it uses its inventive musical numbers and forays into whimsey to bolster its heroes’ spirits, topped by a dance-hall number featuring Blunt and Lin-Manuel Miranda as Bert’s lamplighter son that may match the original Jolly Holiday sequence for sheer energy. The music evokes the famous Sherman Brothers songs from the original, but never feels derivative or copied: far more companion pieces than nostalgia exercises. The effects sequences are eye-popping, but rely more on concept and creativity for their energy than simply showing off the latest bit of CG. Even better, the film turns to more traditional forms of animation when appropriate, creating a visual link to its storied predecessor while continuing to cleave its own course.

The results deliver the same comfort and wisdom that made its predecessor such a classic: if not quite its match then at least something worthy of that one-of-a-kind name in the title. It focuses on its own task rather than slavishly adhering to the past, looking for the right spirit and letting the rest take care of itself. It’s perhaps most impressive for its apparent effortlessness: laboring mightily to float on air and revealing none of its Herculean efforts in the meantime. Studio second-guessing might have sunk this endeavor from the get-go. Instead, it has the good sense to get out of its own way, and let the filmmakers find the ideal combination of elements to capture lightning in a bottle twice. And naturally it arrives just in the nick of time, when a little warmth and good cheer are so desperately needed. Mary Poppins Returns should make a mint, and that’s no surprise. The surprise is how richly it deserves such success… and a whole lot more.