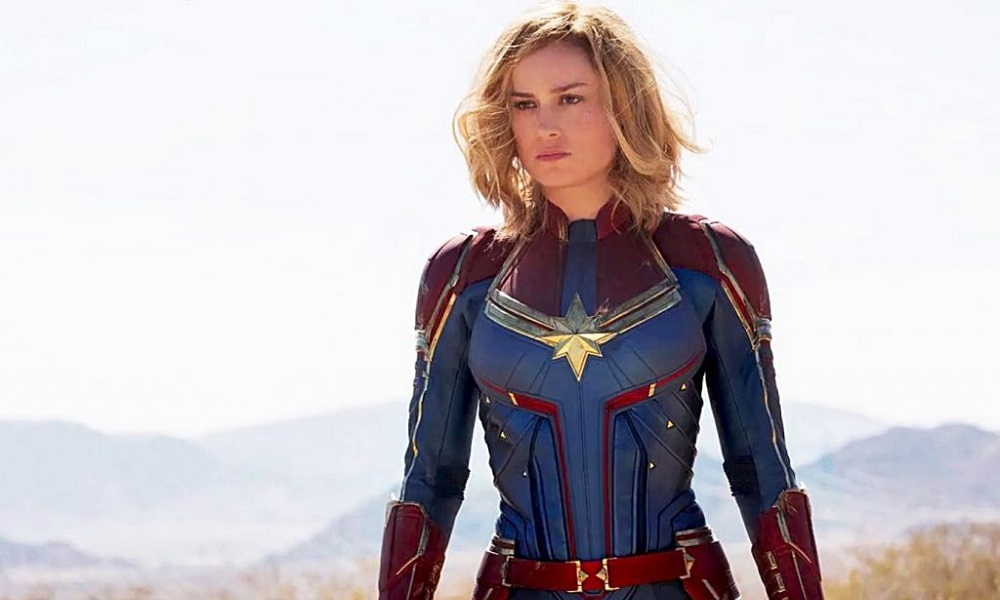 Casting counts, especially when it comes to superheroes. The MCU owes at least some of its success to the right actor for the right part, starting all the way back in 2008. In and of itself, an Iron Man movie wasn’t going to generate an excessive amount of interest, especially considering the pop culture colossus of The Dark Knight competing with it that summer. But cast Robert Downey in the role, and suddenly it looked a hell of a lot more interesting. The MCU learned that lesson well and has applied it rigorously over the past 10 years, taking viable risks (such as casting Chris Evans as Captain America despite the fact that he’d already played the Human Torch), and reaping the rewards accordingly.

Captain Marvel is a case study of that importance, especially when it comes to lesser-known heroes in the stable. It features a heroine with a complex and often problematic history, delivered in the wake of rightful complaints about a lack of female representation in the MCU and responding to another gauntlet thrown down by the Distinguished Competition (in this case, Gal Gadot’s magnificent Wonder Woman). That’s a tall order for a figure like Carol Danvers, who has traditionally struggled for traction and arrives in the MCU at a pivotal point in its development. So what did they do? They cast Brie Larson and let the rest take care of itself.

Larson’s movie-star charm on full display in Kong: Skull Island – over and above, you know, that Oscar she won – and she possesses the perfect sense of breezy fun to make Captain Marvel sing. She benefits from a terrific Mutt-and-Jeff pairing with series stalwart Samuel L. Jackson, and from a surprisingly modest scope considering that her main adversaries are the shapeshifting Skrull (staple villains whose periodic invasions of Earth tend to get the crossover treatment). This movie doesn’t try to reinvent the wheel: merely give the title character an enjoyable adventure to start her cinematic career and let the audience in on the fun.

We first meet Danvers herself as an eager Kree soldier, fighting to stop the Skrull advance through her people’s empire. Marvel-philes know the drill, but the film does a fine job of getting newcomers up to speed on the conflict very quickly. Her path leads her to Earth circa the mid-90s, when Blockbuster chains roamed free and proud, and Internet hook-ups involved land lines and ominous beeping sounds. There, she teams up with a much younger Nick Fury (Jackson) to uncover the larger mystery of her origins. Turns out, Earth may be a much bigger part of her past than she suspects… though those pesky Skrulls may hold some clues.

Again, those looking for a game changer are going to have to wait until Endgame in April. To its credit, however, Captain Marvel wastes little screen time setting up that movie, save for the self-contained (and largely delightful) partnership between her and Fury. With Danvers all quiet confidence and “I’ve got a secret” looks, future-guy-with-all-the-answers Fury suddenly has to play catch up. It’s a grand twist for the MCU ultimate plot expositionist: a terrific turn that not only gives Jackson a lot more to do, but lets the two actors play off of each other in surprising and enjoyable ways. Directors Anna Boden and Ryan Fleck are best known for smaller indie films like Half Nelson, and that pays huge dividends not only in scenes between the two leads, but with Carol’s former bestie Maria (Lashana Lynch) and the villainous Skrull Talos (Ben Mendelsohn) who, as you might expect, hides some surprising secrets beneath his green alien mug.

Which isn’t to say the film skips on action either. The set pieces retain the same amount of excitement and creativity evinced by other MCU productions: leveraged down to manageable levels, but carrying a lot of fizz. The film badly overplays its “hey, we’re in the 90s” shtick, but scores the right nostalgic vibes with the music… notably in a gas of a fight scene set to No Doubt’s “Just a Girl.” That pep and energy find the perfect vehicle in the star, which helps Captain Marvel stand on its own terms.

Indeed, it makes a terrific gateway to the MCU for anyone late to the party. With the exception of a post-credit cookie and a few other nods, the film is 100% stand alone. And that spares it the grandiose overreach that its pre-screening critics anticipated. Captain Marvel stays firmly in its lane, allowing its entertainment value to speak for itself and trusting the fans to figure out the rest. Were this anything resembling a sane world, its overt celebration of women’s strength wouldn’t bat an eyelash. As it stands, the expected dudebro freakout over girls in the clubhouse remains the frightened, ridiculous posturing it always was. Captain Marvel lacks any shred of the sinister overtones they attribute to it… and like so many other entries in this strange and extraordinary franchise, it might finally give Ms. Danvers the fanbase she deserves.