Mortal Engines (2018): The Sky’s The Limit In This Visually Spectacular High Adventure 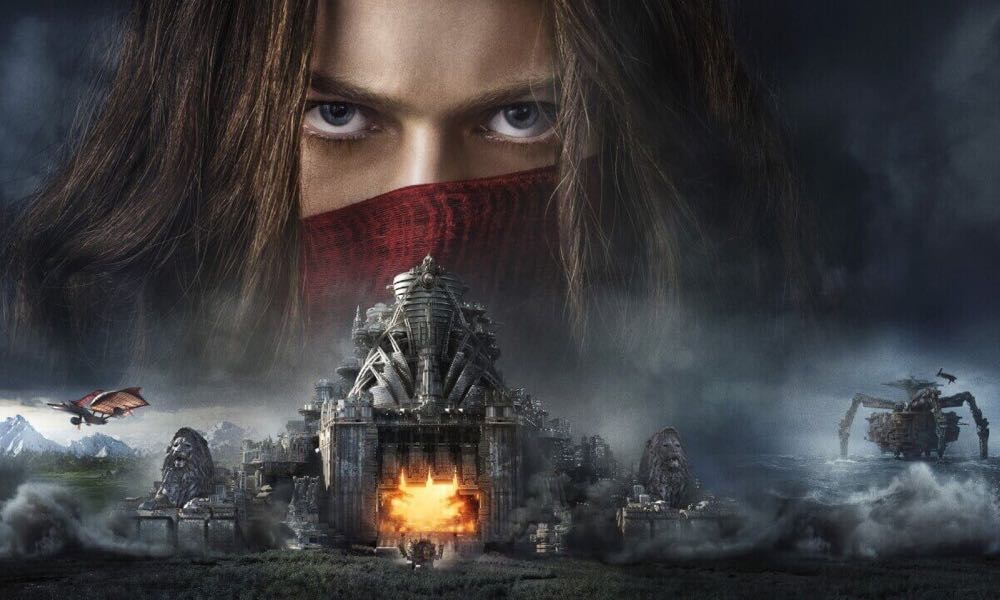 Revisiting Peter Jackson’s Mortal Engines last night left me with a renewed appreciation for this visually spectacular film. The idea of predator city-states hot-rodding across the landscape on wheels is an amusing one that the film somehow manages to make plausible, if not believable. This exercise in world-building and the dark futuristic fairy tale it spins incorporates some of my favorite genre film elements that this production manages to juggle and balance nicely. I am a longtime anime fan, and visually this film, at times, seems strongly reminiscent of several anime adventures I am fond of that reflect the affection the Japanese have for the flying machines they love.

Mortal Engines is the sort of period piece the British have excelled at for years, and this cast does an excellent job bringing this material to life. Visually remarkable, the film’s unique and delightful production design seamlessly incorporates steampunk aesthetic with futuristic tech integrating the old and the new with pleasing results. Weta Digital provided the film’s award-winning visual effects.

The film’s high adventure narrative almost seems as if it got cut from the same cloth as stories like Treasure Island and other adventures I loved as a child (and still do). Like those stories, Mortal Engines introduces an assortment of colorful characters along the way that get included to flesh this world out or have varying degrees of relevance to the film’s story. Mortal Engines has a strong anti-war message that it hammers home without subtlety, along with a strong caution regarding ecology, misguided ambitions, and learning from mistakes made in the past. The film’s plot mostly revolves around a young woman’s quest for justice and revenge for the crimes visited upon her mother by her sociopathic father, along with the budding friendship between film’ to lead protagonists.

In case you are not familiar with this title, Mortal Engines is a 2018 post-apocalyptic action-adventure film directed by Christian Rivers and with a screenplay by Fran Walsh, Philippa Boyens, and Peter Jackson. Mortal Engines, the movie got based on the novel by Philip Reeve of the same name.  The film features Hera Hilmar, Robert Sheehan, Hugo Weaving, Jihae, Ronan Raftery, Leila George, Patrick Malahide, and Stephen Lang. An American–New Zealand co-production, the film is set in a post-apocalyptic world where entire cities have been mounted on wheels and motorized. The film’s movie universe is different from that of the books.

Critics, for the most part, based on reviews, disliked this production. It’s hard for me to understand why critics responded to it so negatively. Perhaps they went in expecting something more or something different and felt the film was disappointing for not living up tho to their expectations somehow. The author of the books it got based on, Phillip Reeve, loves this film, and it seems that should count for something. It’s not the first time my way of looking at things goes against the grain of popular opinion, but this film, while far from perfect, is, for the most part, enjoyable and undoubtedly entertaining in my view. Mortal Engines is deserving of more appreciation as a modern classic science fiction high adventure film worth seeing.