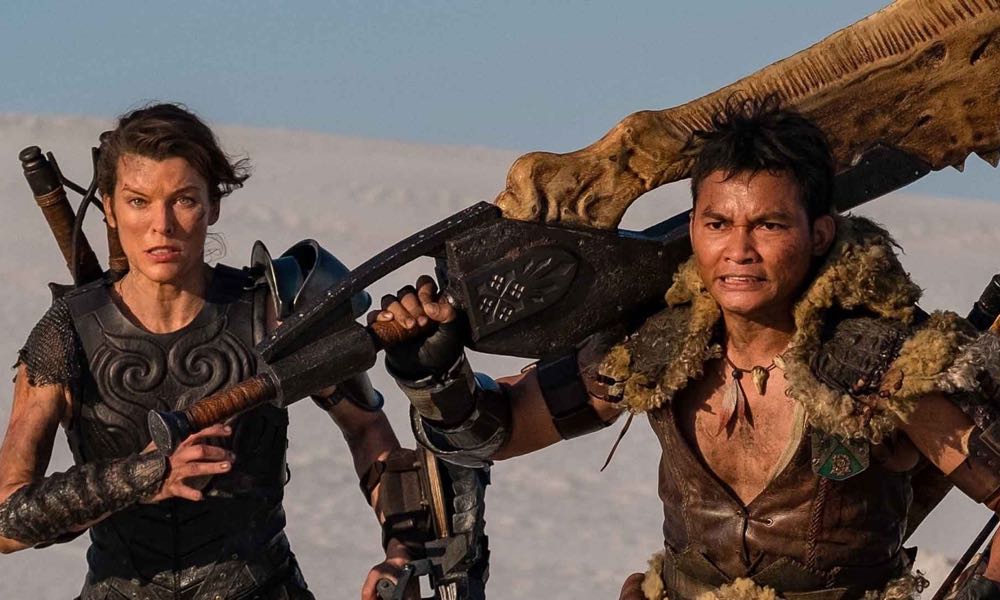 I finally got around to watching Monster Hunter last night. It’s a film that has been on my genre radar for several weeks. I wasn’t sure what to expect except monsters, I suppose, and I wasn’t disappointed in that regard. The film’s monsters are not bad. Unlike that other movie with the word Monster in the title, Love And Monsters, a coming of age film pretending to be a monster movie, this one actually is what it claims to be.

Monster Hunter is not without its humorous moments. It’s ‘B’ movie, material, that doesn’t take itself too seriously, done well. The film establishes a primarily dramatic tone interjected with moments of humor. Still, mostly it’s a fast-paced, very entertaining, and enjoyable mix of high adventure, mystery, sci-fi, and action that also includes some martial arts and other elements designed to keep your eyes glued to the screen. Monster Hunter even throws in a little steampunk flavor for good measure. In other words, this film throws everything at the viewer but the proverbial kitchen sink. And was obviously, first and foremost, designed to entertain and mostly succeeds at its assigned task. The film’s titular monsters are enormous beasts that have a bad attitude and seem inexplicably mean-spirited. They are reminiscent of fifties movie monsters, abnormally large creatures created by exposure to atomic radiation.

The film’s narrative mostly spends its time following the series of events that occur to Artemis ([capably portrayed by Mila Jovovich), an army ranger and the film’s lead protagonist. The film begins by establishing her character as the Captain of a squad on patrol. The film spends a few moments establishing the macho rapport they have together before they are surprised by the appearance of what they think is a sudden storm on the horizon. It turns out this ‘storm’ is not actually a storm but a dimensional doorway that transports the squad to a different world, a world occupied by the eponymous monsters. The squad does not last long in this brutal new world they are unfamiliar with, and soon Artemis is the only survivor.

Not familiar with this title? Monster Hunter is a 2020 science fantasy action kaiju film produced, written, and directed by Paul W. S. Anderson, based on the same name by Capcom. The film stars Anderson’s wife, Milla Jovovich, working together as director and lead actor for their fifth time. The other cast members include Tony Jaa, Tip “T. I.” Harris, Meagan Good, Diego Boneta, Josh Helman, Jin Au-Yeung, and Ron Perlman. Perlman is a pleasant surprise here, in a small but important role.

The film’s two main leads, Jovovich and Jaa, do most of the heavy lifting here, and they are both enjoyably memorable in this production. The film’s CGI monsters help them along. I realized once again, watching this film, that the new norm for movies is that they are as much sophisticated animation as they are live-action. Jovovich has been referred to as the queen of action movies and the queen of bad -sss. She earns those accolades here. This is a terrific platform for her to show off her chops as the resilient, trained killer Artemis. Initially, when she meets her future partner in the monster-filled wasteland where she finds herself stranded when the dust settles, Hunter (Tony Jaa) and Artemis try their best to kill each other in an epic fight consumes several minutes and is both amusing and dramatic. Eventually, the pair settles into what could be described as an amusing Robinson Crusoe kind of rapport.

In case you couldn’t tell by now. I found this film thoroughly enjoyable and entertaining ‘B’ movie material done right.