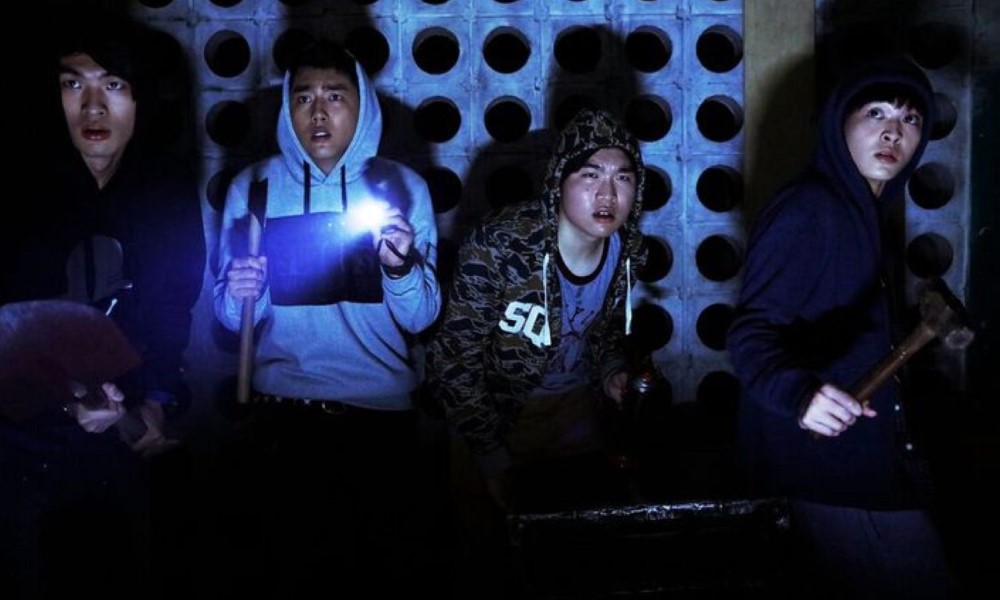 Mon Mon Mon Monsters! May be a clumsy name but there’s nothing clumsy about this Shudder original, Taiwanese-made horror that is equal parts grisly horror, hilarious satire, and biting social commentary. 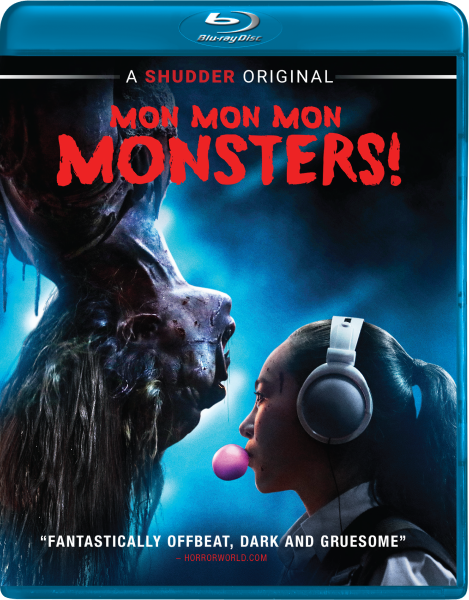 Lin Shu-wei is a meek, high school student who becomes the target of a trio of bullies in his class, led by domineering Tuan Ren-Hao. The bullies frame Shu-wei for the theft of class funds and although he can prove his innocence, his teacher Ms. Lee, unwilling to confront the bullies, decides to punish all of them with a day of community service.

The boys visit a dilapidated apartment building where they will deliver meals to senior citizens. While attempting to steal the chest of an old veteran, they stumble upon a pair of ghoulish sisters, devouring one of the residents. When the younger of the sisters chases them out of the building, she is knocked unconscious. The boys take the young ghoul back to the abandoned basement of their school where they proceed to restrain her. Over the course of several days the boys torture the girl mercilessly. The older sister, in a fit of rage, cuts a swath of blood-soaked path of carnage in search of her younger sibling.

Mon Mon Mon Monsters drips with acid in its treatment of bullying where even the class teacher, the person in authority, would rather keep her mouth shut and look the other way than confront the true monsters, Tuan Ren-Hao and his lackeys. Lin Shu-wei finds himself trapped between his compassion for the captive monster who was once a normal little girl, and the social pressure he feels to fit in with the popular boys. Although he allows the girl to feed on his blood to survive, he will not help her escape. Eventually we will see how these two sides tug at his sensibilities of right and wrong and the price he pays in the end.

Director Giddens Ko masterfully crafts a film that puts the viewer through a gauntlet of emotions. You’ll find yourself laughing out loud when the old veteran snaps out of his catatonic state long enough to confront the older ghoul and yet the sickening, barbaric treatment of the younger sister at the hands of the high school thugs will tear at your heartstrings. There are times when it can make it difficult to watch yet Ko knows exactly when to rein things in and change the film’s tone.

While blood is spilled by the gallons the film isn’t overly gory. A lot of the killings take place off screen and we just see the blood flowing. Ko’s point, I think was the behavior of the bullies was far more monstrous than that of the actual monsters. Mon Mon Mon Monsters is one of the best Asian horror films…heck it’s one of the best horror films PERIOD that I have seen in some time.

The only extra is a code for a free trial of the Shudder streaming service.