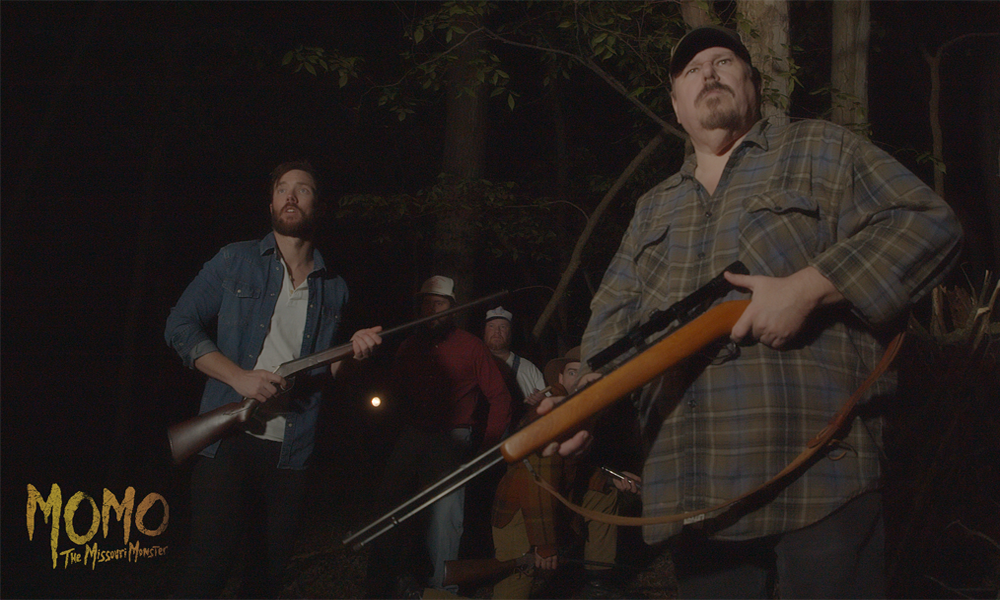 You learn from history or repeat it. 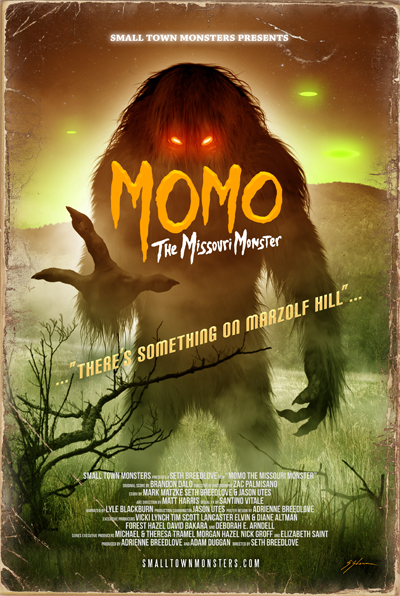 I’m not sure if the filmmakers for Momo: The Missouri Monster have ever heard of another film called The Fourth Kind but if they had they might have seen a blueprint of caution. The Fourth Kind was several layers of faux documentary made in an attempt to impress upon an audience that the film itself was a reproduction of true events rather than all of it being an invention. It was a critical and financial flop because unfortunately when your production is so convoluted it makes the audience less convinced of a stories validity rather than more convinced.

The Blair Witch project managed to fool many because of how streamlined and efficient the presentation was, not to mention that most of the more complex lore was not part of the film proper but instead part of the add campaign.

Now along comes Momo, and it’s unclear if all the animations, interviews, ‘recreations’ and fake film footage is supposed to be suspending disbelief about an urban legend…or all a very subtle parody of the genre and urban legends themselves.

When you can’t tell if a production is a parody or serious it’s not clear the intentions of the filmmakers have been realized. You can’t fault Momo for lacking variety. Collectively this is presented as an episode of a cryptid hunter show featuring footage from non-existent films, actors playing out vignettes, real people being interviewed not always about the movie’s story but sometimes just about the history of the town they live in, and often it sounds genuine. Plopping into the middle of real local gossip tales of a nearly plausible unnatural phenomena is a tried and true formula.

But you need to make clear how real you’re attempting to go. Blair Witch and other films like it had dialogue off the cuff, were shot on time period appropriate equipment, and sometimes blurred the lines between production and actuality by having actors/actresses get lost because of doctored maps and leaving them little food, thus making for truly raised tensions and paranoia. Cruel? Perhaps. But undoubtedly real.

The mock-up of a television Unsolved Mysteries style show has an incredibly low budget production…almost like it was part of an already tiny independent movie budget. The host is a bit too goofy to be taken seriously (cute little skull necklace buddy) and seldom seems to face the camera source which is odd for a supposed televised program. Normally you do shoot shows with multiple cameras but apart from maybe a debate show you seldom depict the host sidelong to the audience.

And it doesn’t help at all that the lore of Momo cribs from Bigfoot and combines it with UFOs, so even the central concept of the film is confusing. When the lore isn’t a snarl, it’s derivative: not just borrowing from other films and other legends but also having actors constantly repeating the same. From the adorable caricatures that show up between segments of the ‘lost film’, the unintentionally laughable costume, and constant mentions of The Legend of Boggy Creek (a film mostly remembered for having an infamously terrible sequel) I wonder if this was all some kind of spoof.

Ultimately though I think this was all meant to be taken sincerely as a resonant horror film and tribute to the location. It ends on such a heartfelt monologue about the importance of local tales and communities it did bring a smile to my face. Nobody will buy Momo as a documentary on any front, but maybe those with a very specific mindset will approach it on its own weird terms and enjoy it as a nostalgic, charming, enthusiastic attempt to film new horizons in storytelling and a glowing record of a small town in Louisiana.