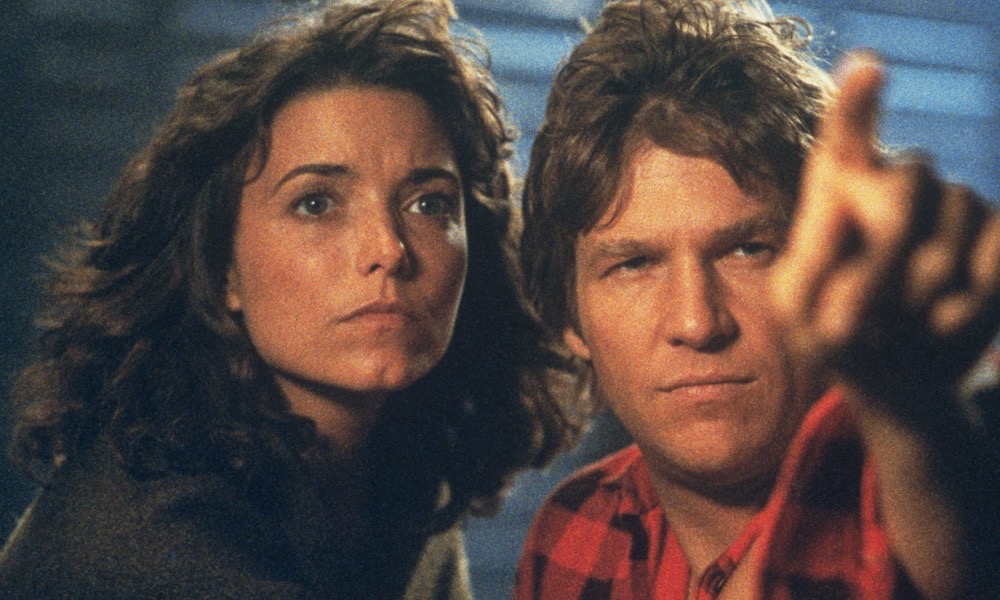 John Carpenter wanted to shift gears and tackle a project that would be a change of pace from his usual horrific thrillers.

That’s just one of the myriad factors that resulted in this part-science- fiction-part-love-story-movie ever seeing the light of day. Starman is still one of the only films in its genre to earn its lead actor awards nominations. (Jeff Bridges’ nomination for an Academy Award for best actor and a Golden Globe in the same category for his portrayal of the visitor from another planet).

Starman spent five years in development at Columbia, the convoluted path the film took before it got made and the number of rewrites and shifting around the film went through is pretty crazy. The story of how this film ever actually got made and how it ended up in the version the public got to see is convoluted and a little insane. A reminder that it’s remarkable that any of these movies ever get made and that we should be more appreciative of the ones that do.

Not familiar with this title? Starman is a 1984 American science fiction romance film directed by John Carpenter that tells the story of a non-corporeal alien named Star Man who has come to Earth and cloned a human body (portrayed by Jeff Bridges) in response to the invitation found on the gold phonograph record installed on the Voyager 2 space probe.

Ultimately, this charming movie was mostly well-received by critics and is still widely beloved by fans.  It’s a minor miracle we ever got to see it, considering the insanity that is Hollywood.

It spawned a sequel in the form of a TV series featuring Robert Hays reprising the Bridges role. 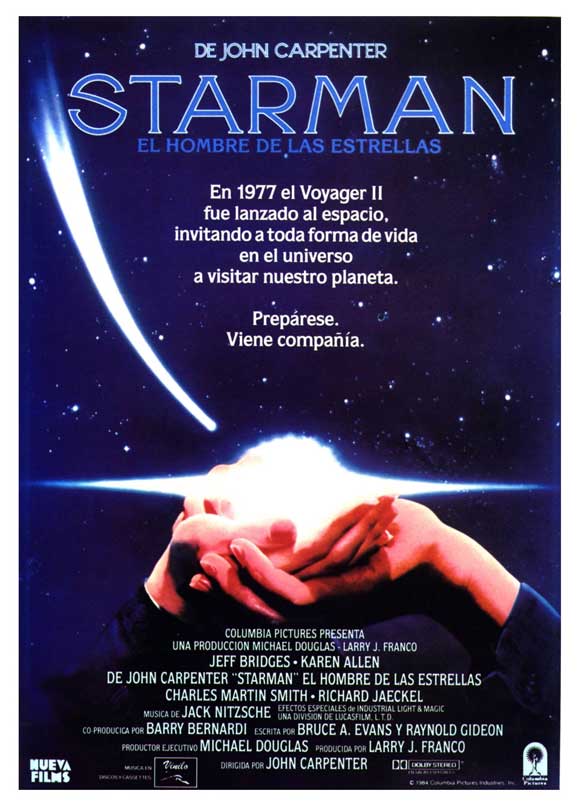