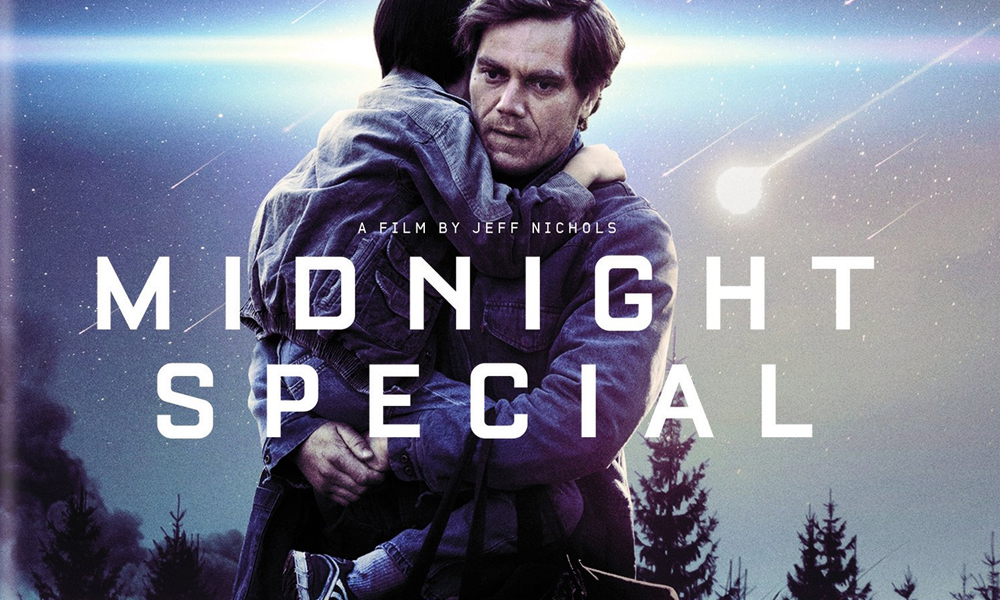 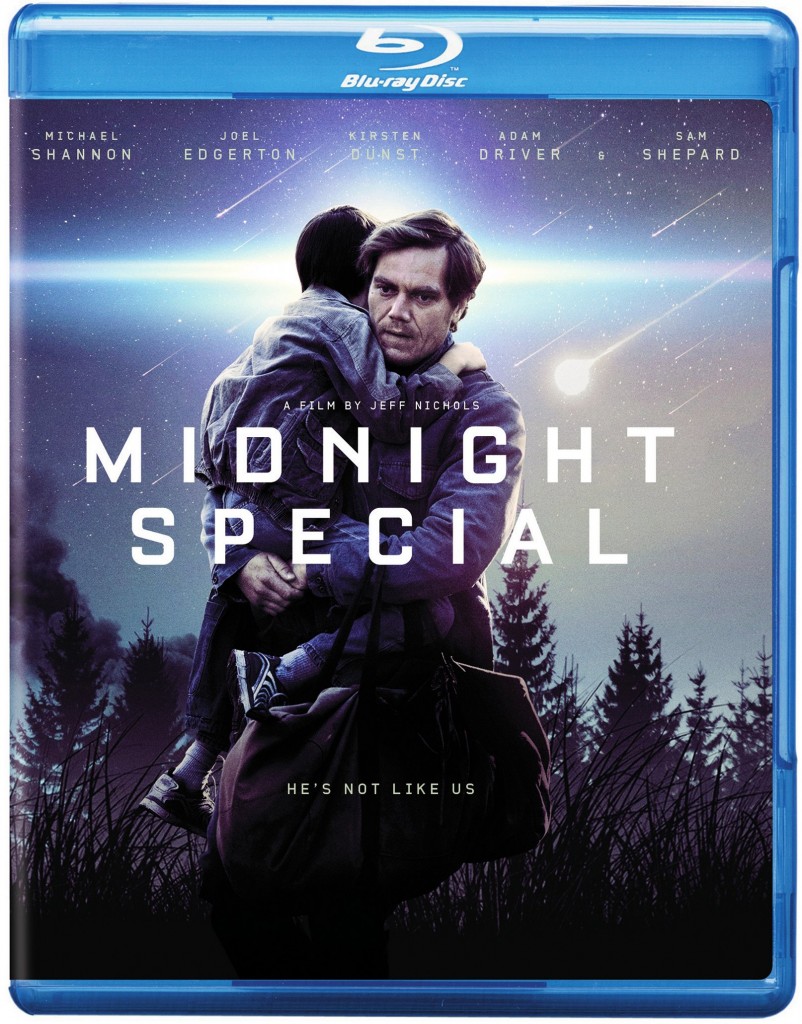 When we first learned about Jeff Nichols’ Midnight Special, we thrilled to see something new come to silver screen. However, it didn’t play many places and enjoyed a celebrated, albeit, limited run. Now we will all have the opportunity to see the film when it arrives on Blu-ray and Digital HD in June. Check out the press release for the specifications of the home release as well as the trailer. Look for the Sci-Fi Movie Page’s review near the release date!

Jeff Nichols (“Mud,” “Take Shelter”) directed the film from his own screenplay. It is produced by Oscar nominee Sarah Green (“The Tree of Life,” “Mud”) and Brian Kavanaugh-Jones (the “Insidious” films, “Sinister”), who previously collaborated with Nichols on his critically acclaimed thriller, “Take Shelter.” Glen Basner (“Mud”), Hans Graffunder (“Somebody Up There Likes Me”), and Christos V. Konstantakopoulos (“Take Shelter”) served as executive producers.

“Midnight Special” will be available on June 21 on Blu-ray for $29.98, and includes the film in high definition on Blu-ray disc and a digital version of the movie in Digital HD with UltraViolet*. Fans can also own “Midnight Special” via purchase from digital retailers beginning on June 7.

SYNOPSIS: Writer/director Jeff Nichols proves again that he is one of the most compelling storytellers of our time with the sci-fi thriller “Midnight Special.” A provocative, genre-defying film as supernatural as it is intimately human, “Midnight Special” follows a father, Roy (Michael Shannon), who goes on the run to protect his young son, Alton (Jaeden Lieberher), a boy with mysterious powers that even Roy himself cannot comprehend.

What starts as a race from religious extremists and local law enforcement quickly escalates to a nationwide manhunt involving the highest levels of the Federal Government. Risking everything, Roy is committed to helping Alton reach his ultimate purpose, whatever that might be and whatever it costs, in a story that takes audiences on a perilous journey from Texas to the Florida coast, while exploring the bonds of love and trust, and the nature of faith.

Own Midnight Special on Blu-ray or DVD on June 21 or Own It Early on Digital HD on June 7!