Marvel is excited to announce that next spring, one of the most thought-provoking and perceptive writers today, Ta-Nehisi Coates (Between the World and Me) along with legendary artist Brian Stelfreeze, will helm a new BLACK PANTHER series, adding an exciting, erudite new voice to the All-New, All –Different Marvel lineup. 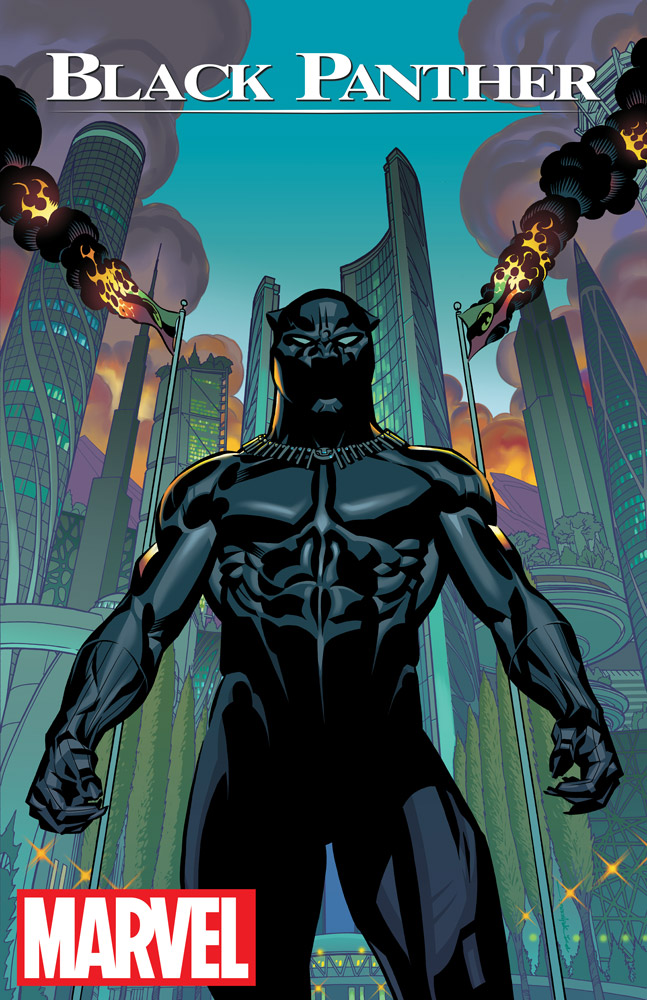 The indomitable will of Wakanda — the famed African nation known for its vast wealth, advanced technology and warrior traditions — has long been reflected in the will of its monarchs, the Black Panthers. But now, the current Black Panther, T’Challa, finds that will tested by a superhuman terrorist group called The People that has sparked a violent uprising among the citizens of Wakanda.  T’Challa knows the country must change to survive — the question is, will the Black Panther survive the change?

“Wakanda is really the light of the world, in the Marvel Universe. And yet it’s a system of governance that has not advanced beyond the idea of blood-rule,” says Coates.  “It’s always seemed to me that T’Challa was aware of this discrepancy. Among the monarchs of Marvel –Namor and Doctor Doom for instance– T’Challa has always been distinguished to me by his discomfort on the throne, and with the problems of one-man rule. I am very much looking forward to exploring that tension.”

That tension and conflict is what will fire BLACK PANTHER #1 into a no-holds-barred adventure that will demonstrate why Black Panther is one of the most powerful heroes in the Marvel Universe.

“Ta-Nehisi writes brilliantly about everything from race to politics to fatherhood to modern culture, but he’s also a longtime Marvel reader. And combining his writing skills with his passion for and understanding of Marvel’s characters, paired with the captivating and engaging artwork of modern master Brian Stelfreeze, has led to a truly amazing story that we can’t wait for the world to read,” says Wil Moss, editor of the new BLACK PANTHER series. “This story will have all the political intrigue of the best episodes of THE WEST WING and HOMELAND, but it’s also going to have the trademark Marvel action and energy that Stan Lee & Jack Kirby (Black Panther’s creators!) built into the foundation of the Marvel Universe. Look for some fun and unexpected Marvel villains to show up in this story, as well as an appearance or two by T’Challa’s new teammates, The Ultimates.”

Join us next year as Marvel continues to change the creative landscape of the comic book industry as Ta-Nehisi Coates and Brian Stelfreeze make history as the new creative team on Marvel Comics’ BLACK PANTHER.