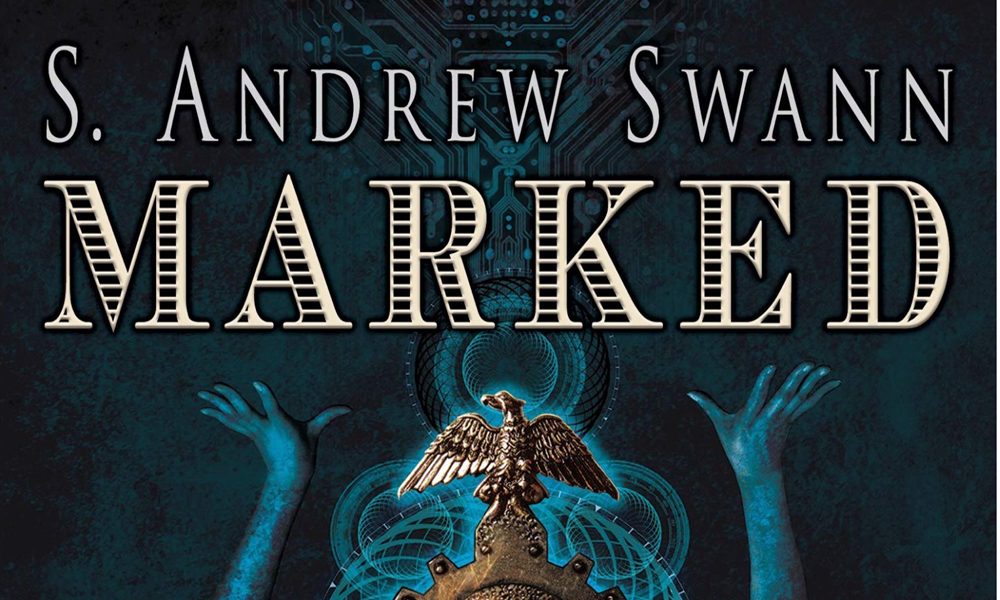 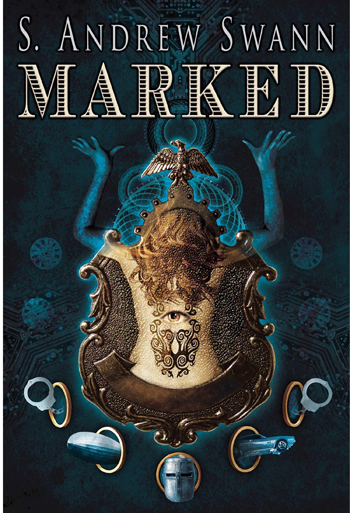 Marked by S. Andrew Swann is a portal, urban fantasy that will captivate your imagination.
Detective Dana Rohan has a unique gift given to her by a mysterious mark on her back that resembles a tribal tattoo. A mark that she was born with; a mark that allows her to move through parallel worlds. Where Dana is from is a mystery to her. At the age of six, her adoptive father found her rummaging in alleyway trash covered in blood. She has spent her entire life hiding the mark from others, but she also secretly uses it to help her solve her cases. Despite her using her talent, Dana doesn’t ask questions as to why she has the mark, why it grows as if it were a separate entity, or why she has no memory of her life before age six.

One day a strange man appears and Dana finds herself, and her partner Jacob, thrown into chaos, literally, and among others like herself. Finding answers about her mark and past suddenly becomes paramount to hers and Jacob’s survival.

Marked is a unique story that plays with several alternative histories as Dana travels through different realities to get away from beings who want to destroy her. The story has little predictability and Swann does an excellent job using subtle foreshadowing that becomes obvious after the reveal occurs. The worlds within worlds that the characters interact with are fascinating and the descriptions make it easy to visualize.

Dana deals with a lot of damage, which makes sense considering; however, it isn’t always realistic. She feels guilty about not telling people that she can transverse to other realities and that type of guilt is irrational. Who would believe Dana without thinking that she may need medication? Dana’s paranoia about someone seeing her mark and seeing her as a freak breaks believability because in today’s society tattoos are commonplace. It’s not that it isn’t probable that she wouldn’t want to be close to others because of the mark—it does some weird stuff—but people seeing it shouldn’t be one of her obstacles. Her insecurities create more damage than the story needs, and it juxtaposes with what she does for a living and the take-action character she otherwise is throughout the story.
The secondary characters could have more depth, but since this is a first person POV, it is excusable that the secondary characters wouldn’t be fully on Dana’s mind, but it still would be nice to know why Dana thinks her partner is so amazing and other men who are more like her aren’t.

Despite these shortcomings, the storyline is engaging enough to keep those quirks from ruining the reader’s experience. The premise of this book is fresh, and the tension of events is sustainable but not exhausting to the reader. The promise at the end of Marked suggests that the second book is going to keep up the intrigue and action.