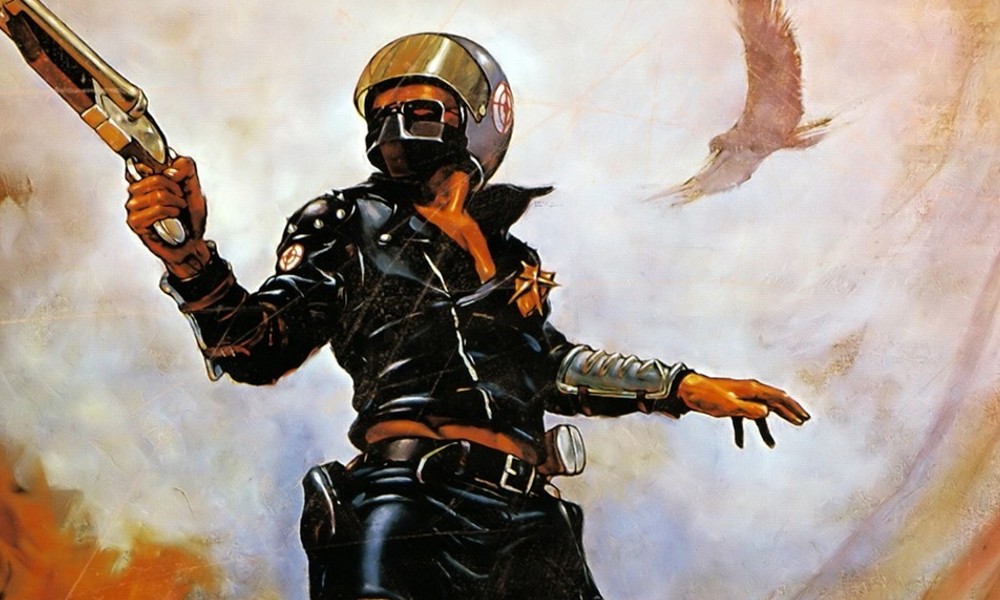 It is the beginning of the fall of civilization. Biker gangs roam the countryside killing, raping and pillaging as they go along. There are only understaffed and demoralized leather-clad highway policemen such as Max (a much younger Mel Gibson in an early role) to stop them – by any means necessary.

Strangely enough some vestiges of civilization remain: television broadcasts, families that still pack everything into station wagons to go on vacation by the coast and lawyers that manage to get their obviously guilty clients off. Welcome to the strange world of Mad Max . . .

Narrative weirdness or prophetic vision of a society in steady decline? Whatever. However, what must be remembered is that this isn’t yet the all-out post-apocalypse of the petrol scarce society of 1981’s The Road Warrior. Rather call it the pre-apocalypse.

When Mad Max hit the screens in 1979, its U.S. distributors didn’t exactly know what to do with it.

For starters, it was an Australian film, thus they did the predictable thing and have it dubbed with the voices of American actors. The other thing, which they did do and which was also pretty predictable, was that they gave it a limited release. It was only after the enormous financial success of its sequel, The Road Warrior, that the film found its audience in the States.

However, when the film was originally released it found instant cult status elsewhere in the world, which is why The Road Warrior is also known as Mad Max 2 in some countries. It many countries it caused a stir, provoking critics into bemoaning the level of violence in contemporary movies.

Obviously, Mad Max has lost some of its impact. By the action movie standards of today, not only is its low budget showing through but also the era in which it was made. And we’re not only referring to the fashions and haircuts of the day: action and sci-fi films today have become all-out spectacles to attract the jaded eyes of audiences accustomed to CGI blockbusters.

However, even within this context there is something appealing about the first Mad Max movie. While its stunts may not match those of its sequels for sheer spectacle, they do have a certain appealing grittiness and realness to them that few stylized modern films can match.

And who can ever forget the sight of the chief villain’s (the Toecutter) eyes literally bulging right out of his skull shortly before he crashes his bike head on into a huge truck? Or the impressive growl of “the last of the V8 interceptors.” Or the bikers falling from a bridge into the river below.