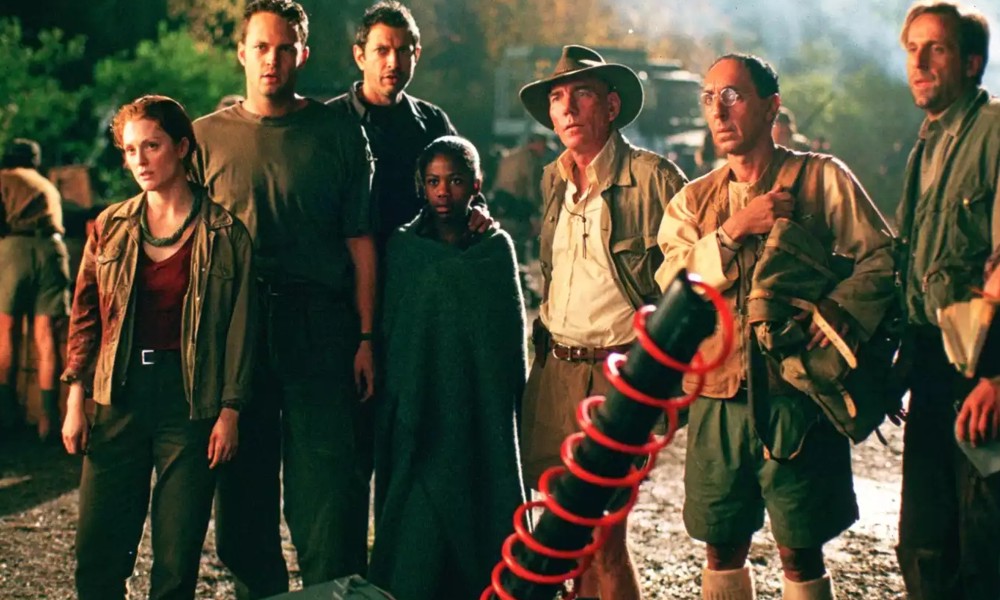 Obviously it isn’t only dinosaurs that get cloned: movies too can get cloned. Or at least that’s what we get to learn from the sequel to Jurassic Park, The Lost World. Because that’s what Lost World plays like: less than a sequel to, but more of a remake of Jurassic Park. Once again, we have a group of people being chased around a sub-tropical island by all kinds of nasty dinosaurs intent on having them for dinner. Once again, we have a group of cardboard characters about whom we care nothing.

Things are however a whole lot worse this time around. If you’ve seen the original film then it’d probably be a case of been there, done that and didn’t even bother with the merchandise.

Good as they are, we’ve become accustomed to the amazing special effects employed to make dinosaurs walk the earth again. And if the special effects aren’t that special anymore, then what’s on offer? Definitely not an original plot, likable characters or some sense of fun. Instead, we get idiocy: The group of people stuck on the island must be the stupidest bunch of dinosaur experts and big game hunters on the entire planet! They serve only as plot devices to make sure that the plot progresses from A to B, so that they can get chased around and eventually eaten by the various dinosaurs.

When the Sarah Harding character (played by Julianne Moore) walks around with a blood-smeared jacket leaving trails of blood all over on plants, trees, etc. we in the audience know that it is a stupid thing to do. However, none of the other characters seem to think so. Not even the world-renowned big game hunter played by Pete Postlethwaite! But it is allowed to happen because there has to be yet another attack by a T-Rex to fill in some screen time.

Yes, the characters in Lost World are even more cardboard than those in the first film. What is even worse is that the dinosaurs are also cardboard cut-outs. They have no attitude – at least we had two street punk-like Velociraptors towards the end the end of the previous movie. But the dinosaurs in The Lost World might as well be any old monster. Pick any movie monster from recent horror movies and The Lost World‘s plot would still work. There is no sense that we are dealing with a species that hasn’t walked the earth for millions of years, there’s no sense of awe.

In fact, this movie should have been subtitled Cruise Control because that’s what it seems to be on. Spielberg (who also directed this film) is simply going through the motions, trying to get the movie over and done with as quickly as possible. Moments of inspiration are few. There’s a scene in which a T-Rex steps on a poor guy who gets stuck to its foot and get stomped on over and over again. In another, the family dog gets eaten by a T-Rex.

These Gary Larson moments are however far in-between. A promising action sequence with a trailer hanging from the edge of a cliff with people still stuck in them starts off promisingly and then just carries on for too long. In fact, the best sequences are those at the end of the movie when a T-Rex creates all kinds of havoc in the suburbs. However, they seem to be taken out of a completely different movie altogether. Godzilla perhaps.