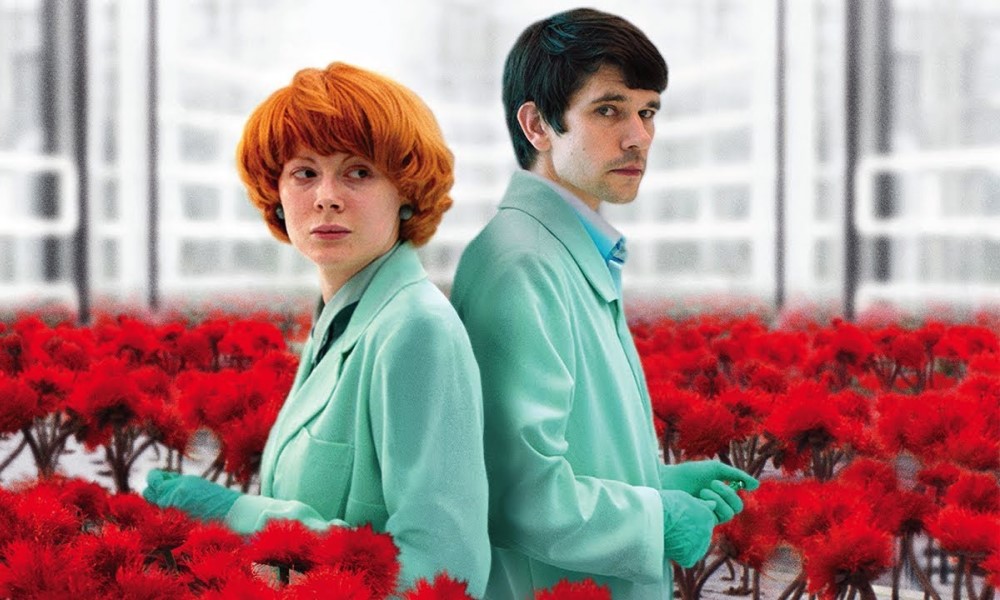 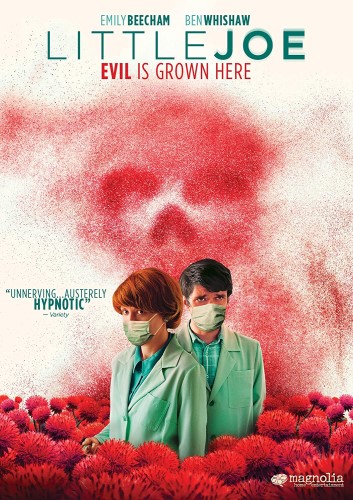 When I first read about Little Joe I thought perhaps it might be in the same vein as Little Shop of Horrors. Not the 1980s musical remake but the original, Roger Corman horror/comedy. Alas, I wasn’t so lucky.

Alice (Beecham) is a botanist working for a company that genetically engineers new strains of flowers. Her company is anxious to develop a prize-winning specimen for an upcoming show. She and her partner Chris (Whishaw) develop a colorful new flower whose pollen produces a pheromone which has the effect of making people happy. They think the flower could be useful in helping people who suffer from depression. Alice smuggles one of the flowers out of the lab and takes it home, naming it “Little Joe” after her adolescent son.

Alice and Chris have developed the flower to be sexless so it cannot procreate on its own. Little Joe has other ideas, however. Alice soon becomes aware of some of her co-workers acting differently…or rather indifferently. Overly carefree might be the most apt description. Alice’s co-worker warns her that the Little Joe plant is having an adverse effect on people’s minds, making them the botany world’s version of Stepford people. And their number one goal seems to be to protect Little Joe…all the Little Joes from harm.

Alice dismisses her concerns as paranoia, noting that her co-worker had take a previous leave due to mental illness. Yet when her own son begins to act strangely Alice decides that it may be time to end the project…if she can.

Little Joe is a painfully slow film to sit through. Even before Little Joe begins to influence the employees in the lab the characters were almost devoid of any emotion or charisma. Why do I care about these characters? I didn’t and that made trudging through the 105-minute film an endurance test. More than once I thought about just shutting it off, but I soldiered on…because I am a professional.

Making matters worse is perhaps the most annoying soundtrack I’ve come across in twenty years reviewing films. Weird chirping, out of tune flutes and barking dogs randomly jar the viewer, I suppose to keep the awake. But even worse was the high-pitched feedback tone like a microphone too close to an amp that was played throughout the movie. Who thought this was a good idea?

It’s hard to even comment much on the performances because it was difficult to get past the annoying sounds. I suppose the actors did a capable job but who knows…I’m still recovering from the ringing in my ears.